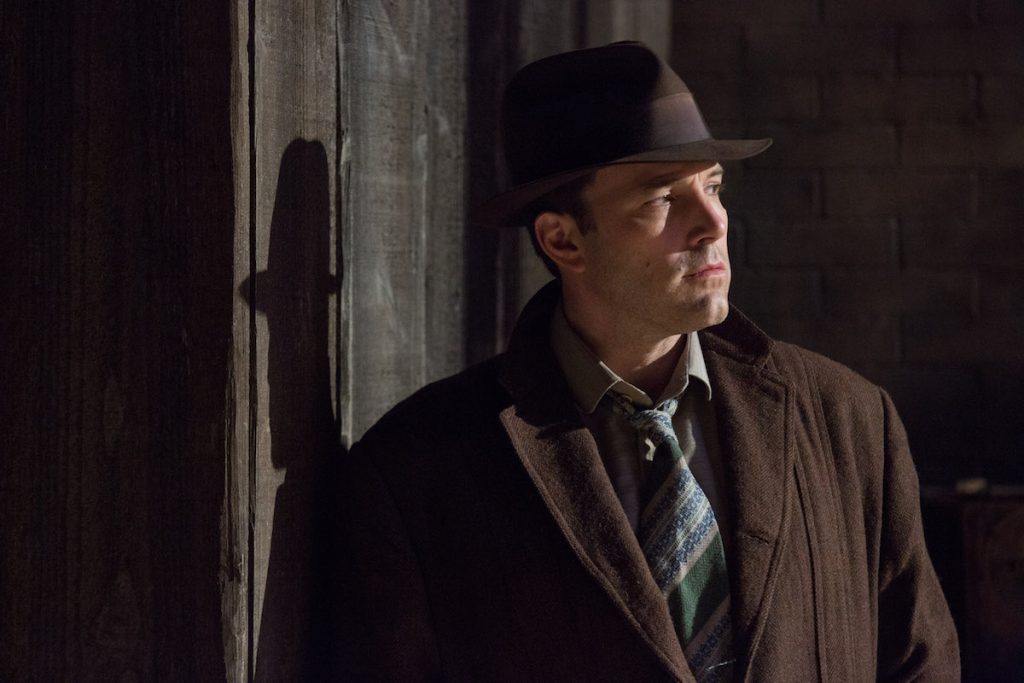 When Twitter spit up the message, “You start chasing with good intentions, then find yourself doing wicked things to succeed. #LiveByNight,” it seemed the bots had finally come to commerce, the mean bots, the hostile bots: could a movie’s Twitter account promote snarky subtweets of itself? “Good intentions” and the apparent hope for doleful pulp being taken for “prestige” fare during awards season aren’t excuses for a movie like “Live by Night,” though, a tedious outlay of sweat and money. Already-tall writer-director-lead Ben Affleck tippy-toes to reach the top shelf where classic movie epics are kept but comes up with only “Once Upon A Time in Hahvad Yahd.” (Or just maybe, “The Hatman.”) As an actor, he provides uncommonly pallid, pained play-acting, astride a cast that suggests “Bugsy Malone” with tall children, but without the bubble guns. (As New York film critic Nick Pinkerton observed on Twitter, “Ben Affleck is the purest spirit of heterosexual camp that I expect to see in this lifetime.”) Topplingly ambitious, overplotted, aggressively dull, “Live By Night” is awful, and smug in the bargain. Affleck’s effort bests classic prohibition-set movies like “The Untouchables” and “Miller’s Crossing” by only its volume of bloodshed. I like what Paul Schrader, filmmaker and reformed critic, posted on Facebook: “Like watching vast amounts of cash being blown into the wind. The final shot of ‘It’s a Mad, Mad, Mad, Mad World.’ They should have had an escalating counter tallying the budget scene by scene.” A subplot about resisting the predations of the Ku Klux Klan offers a brief, bracing contemporary note, but little more than one more bone of plot tossed into a swarming grave. There is a final shock in the end credits: the film’s prosaic cinematography is by Robert Richardson (“JFK,” “Hugo,” “Kill Bill”); Affleck adapted the 2012 novel by Dennis Lehane (“Gone Baby Gone,” “Mystic River”). With Elle Fanning, Chris Cooper, Brendan Gleeson, Sienna Miller, Zoe Saldana, Scott Eastwood, Max Casella, Chris Messina, Anthony Michael Hall. 128m. (Ray Pride)