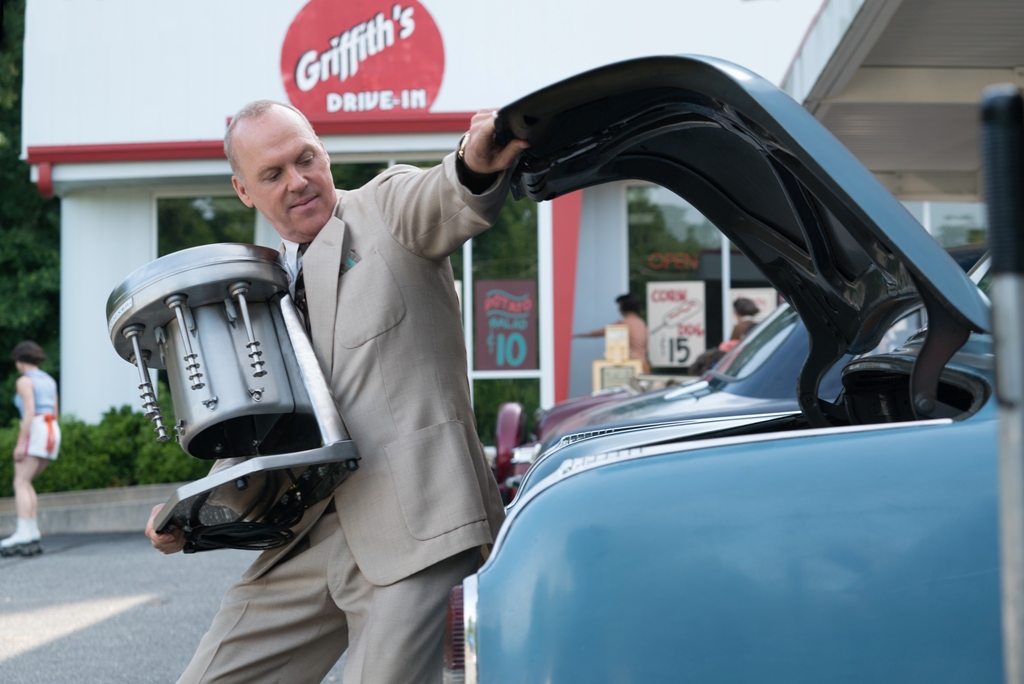 “The Founder” is a sly delight, a superbly crafted satire of mercantile, opportunist entrepreneurship, and with it, how the flow of commerce in the United States was compromised in service to scale since the 1950s. Michael Keaton is fully invested in his dynamic star turn as Ray Kroc, as an amoral huckster who bought out the California hamburger stand of the McDonald brothers (the dynamic duo of Nick Offerman and John Carroll Lynch) and turned it into the American juggernaut of mass marketing of uniform food product. Producer Don Handfield chased the story since 2004. “The McDonald brothers were very much like sustainable capitalism, like, we’re going to make great product. We’re going to leave a minimal footprint,” he’s quoted in the press kit. “We’re going to take care of our employees—I guess you would call it sustainable capitalism. And on the flip side you have Ray Kroc, who, if you could drop him in the jungle he’d cut down every tree and come out with a suitcase full of cash.” The screenplay by Robert Siegel (“The Wrestler,” “Big Fan”) tweaks the conventions of the man-rises-to-success procedural with just the right streak of cynicism, and Keaton’s epic frayed-wire performance compels even when we should be thinking of Ray Kroc, “What. An. Asshole.” John Lee Hancock (“Saving Mr. Banks,” “A Perfect World”) directs with shrewd attention to business details as well as behavioral bad faith. Carter Burwell’s alternately ominous and bumptious score is integral to the sense of a world gone wrong as well, as with his always-attentive scores for fancies of the Coen brothers. With Laura Dern, Patrick Wilson. 115m. (Ray Pride)