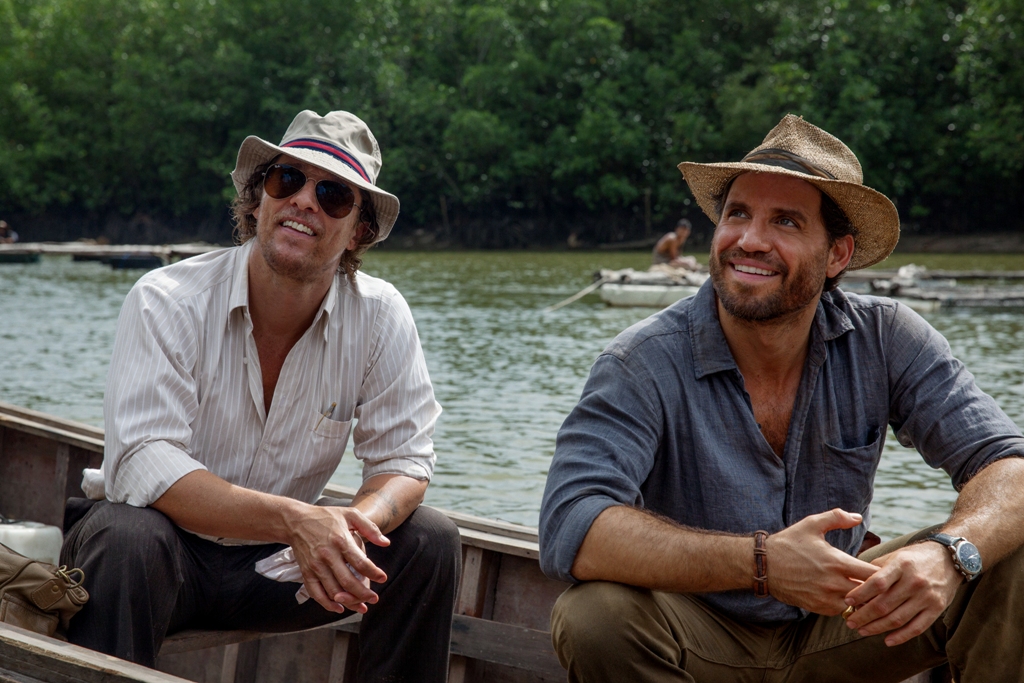 Matthew McConaughey Matthew-McConaugheys the fuck out in “Gold,” Stephen Gaghan’s strange but still insufficiently weird satire of the American fantasy of having a great fortune land in your lap. (There’s a sour hint of the japery of David O. Russell hanging over the enterprise.) Oh the acting! Oh the gut! Oh the wild hair! Oh the acting! Even better: oh, the narration, which McConaughey infuses with sly weirdness. The Oscar-winning screenwriter of “Traffic” (2000) and writer-director of “Syriana” (2005) fictionalizes the real-life story of the pursuit of a gold mine in the Indonesian jungle, but despite the tonal riot of jabs at meaning, it’s McConaughey’s show, from rags to riches and back again, with a wealth of booze fueling his odd duck. (The origin story is the Canadian Bre-X mining scandal of 1997.) Cinematography by Robert Elswit (“Inherent Vice,” “Nightcrawler”) is always a plus, and the weird yet engaging percussive score by Daniel Pemberton (“Steve Jobs,” “The Counselor”) would suit a slightly more coherent tapestry. Think of McConaughey’s one scene in “The Wolf of Wall Street”: there’s the focus of character Gaghan’s ambitions neglect. Iggy Pop sings the title song, composed by Gaghan, Pop and Danger Mouse. With Edgar Ramirez, Bryce Dallas Howard, Corey Stoll, Toby Kebbell, Bruce Greenwood, Stacy Keach. 121m. (Ray Pride)