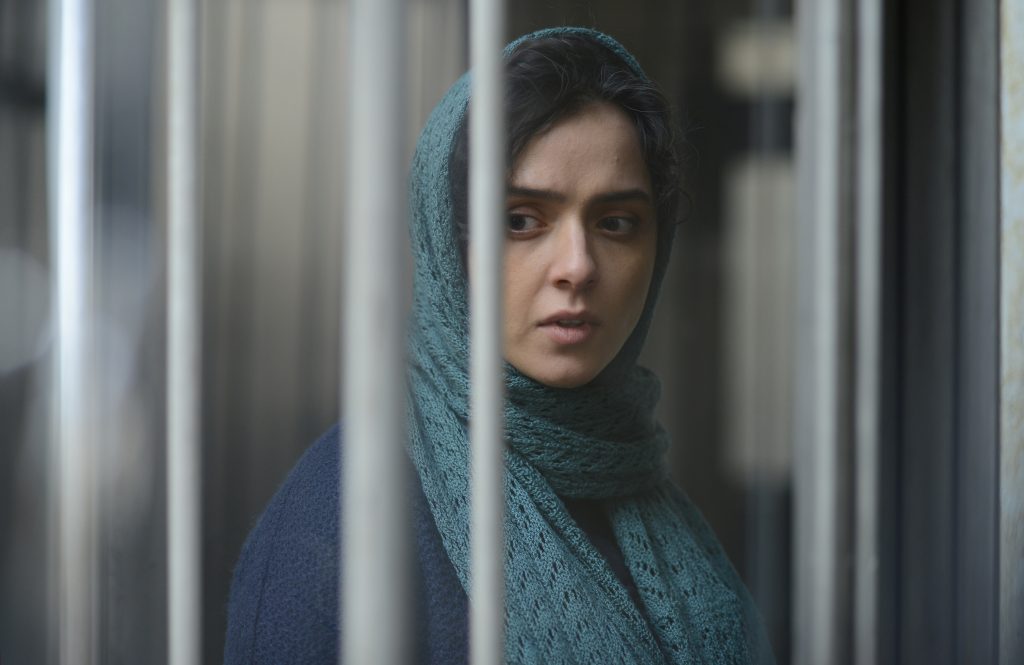 Iranian director Asghar Farhadi’s world abounds in domestic crisis, his characters’ equilibrium atomized by sudden breaks in the everyday. While his origins lie in the theater, Farhadi’s sage, specific rendition of glances and movements within domestic spaces rise to a cinema of hyperattenuated moment. His Oscar-nominated “The Salesman” is near the substantial heights of his Oscar-winning family drama “A Separation” (2011) or the stunning Antonioni-like disappearance mystery, “About Elly” (released 2015). From any director, it would be a breakthrough; for Farhadi, it’s an elegant rendition of his familiar themes, a restatement of how relationships are transacted. A young couple who are performing in an amateur production of Arthur Miller’s “Death of a Salesman” are forced into another kind of rehearsal, made to move from their high-rise apartment because of sudden fractures and cracking and heaving from heavy construction nearby. Resituated in the middle of Tehran, they’re soon faced with the aftermath of a break-in. The stage setting of the play is almost more familiar, more comforting than the new drama they’re forced into, bloodshed, secrets brought aboard. The stuff of melodrama, but in the case of Farhadi, the stuff of heartbeats and whispers and shouts, and always reserve: the forces of Iranian society that we do not see feel more present, more weighty, by their precise absence. With Taraneh Alidoosti (“About Elly”), Shahab Hosseini. 125m. (Ray Pride)