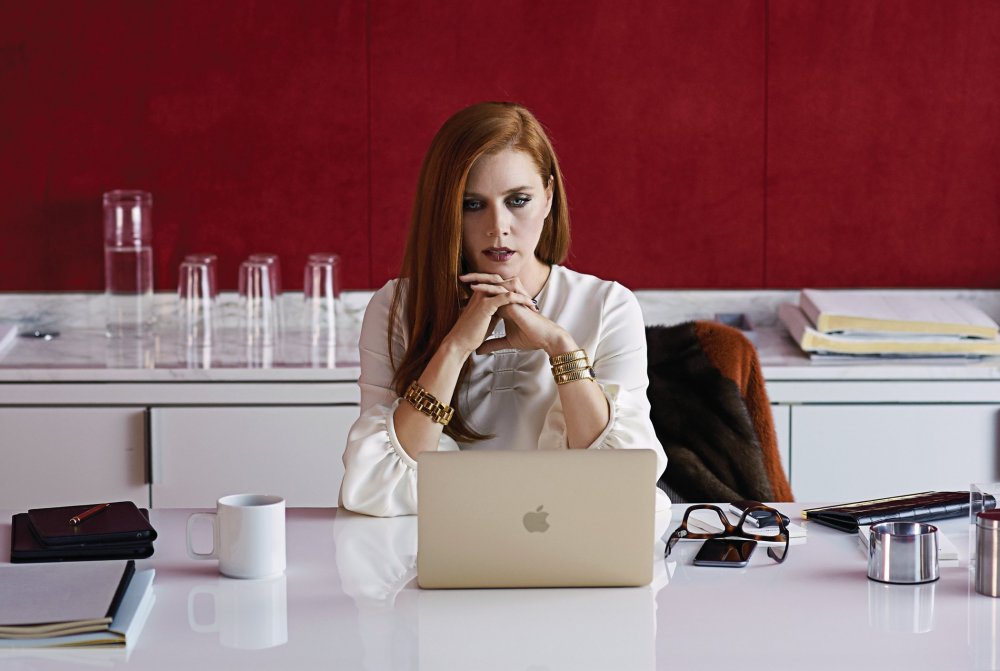 “Nocturnal Animals,” Tom Ford’s brutal, beautiful second feature, of savage surfaces and ill intention, grows more malicious in reflection. Less puzzle than flower, its overlapping stories are a mind game played against its central character, a disaffected art gallerist in Los Angeles played by Amy Adams with quiet agitation and ever-present woundedness. Adapting a novel by Austin Wright called “Tony and Susan,” Ford opens with the bold blast of Abel Korzeniowski’s deliciously grandiloquent post-Bernard Herrmann score, accompanying images from Susan’s latest gallery opening, of four naked, weighty women wearing only drum-major hats, white leather gloves, gold lamé epaulets, thigh-high white leather boots, sporting pompoms and small U. S. flags and twirling sparklers, undulating joyously without a care in the world under a rain of glitter before the crimson folds of a velvet curtain. Opening with that is an extravagant way to provide contrast with Susan’s constricted world, beige on beige on charcoal. As Ford told Vulture, “I found them so beautiful, so joyful and so happy to be there. They were so uninhibited, and I realized that actually, they were a microcosm of what the whole film was saying. They had let go of what our culture had said they’re supposed to be, and because of that, they were so totally free. This is what’s restricting Susan.” 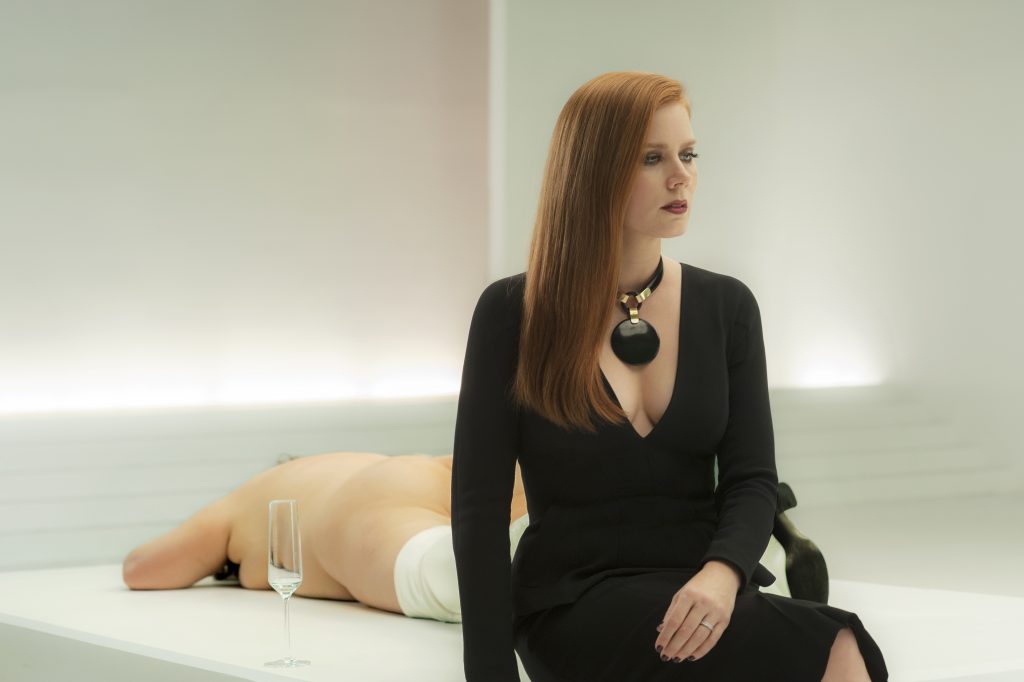 Susan receives a package (which gives her a paper cut!) from her ex-husband, Edward (Jake Gyllenhaal), whom she hadn’t seen in nineteen years. Their marriage fell apart partly because of Susan not believing in his potential as a writer. Inside: a novel. “To Susan.” It takes a moment to realize that the stylization of the novel’s narrative is in Susan’s mind, down to casting Edward (Gyllenhaal) as the protagonist, Tony. Whenever a character’s clothing or behavior or hair seems a little off—which it often is—Edward’s novel is filtered through Susan’s mind as she reads, increasingly horrified. This triggers a third strand, bright, happy flashbacks to when Susan and Edward were young in New York City and then soon began to bicker over whose career mattered. Ford alternates between three sharply distinctive looks via cinematographer Seamus McGarvey. Latter-day Los Angeles sparkles dully. The early days of Susan and Tony’s romance, before their so-young marriage, literally twinkles. The sharp, bright Texas of the novel’s narrative is nightmare by both black night and white day. (Even a pivotal confrontation on a distant highway late at night beams with white light against white shirts.) Each segment has visual rhymes: camera angles, colors, décors. (Unlikely greens recurrently seep in as ill omen.) 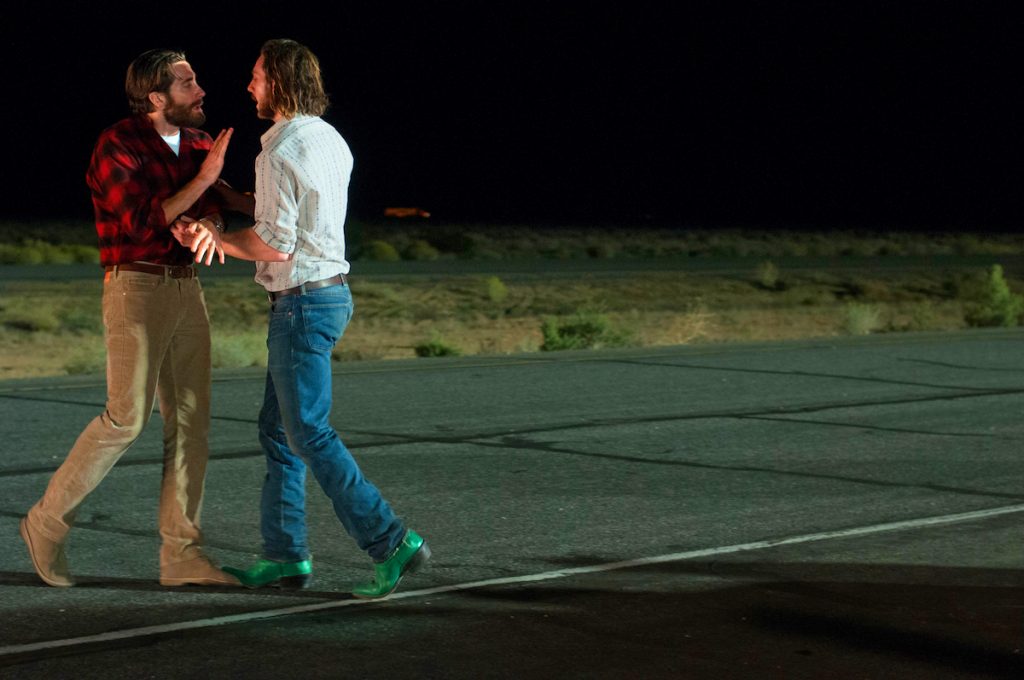 Ford stage-manages the turnings of Susan’s mind. Horrific things happen to the fictional characters. Tony is left alone, with grief and guilt. Michael Shannon was nominated for best supporting actor for his role as a corrupt, consumptive lawman who helps Tony seek revenge. (He’s got Jim Thompson crazy in the blood.) The story turns back toward an increasingly disturbed Susan as she pauses her reading. Revenge is everywhere, including the very apparition of the “I-told-you-so” of the punishing pages. Scene by scene, décor by décor, indignity by indignity, “Nocturnal Animals” fascinates, arriving at its perverse distillation of concerted hatred, of blunt force trauma: I will be an artist. A good one. Better than you. I will hurt you with my art. My art will be inside you. And you will cry. With Aaron Taylor-Johnson, Isla Fisher, Jena Malone, Michael Sheen, Andrea Riseborough. 116m. Widescreen. (Ray Pride)