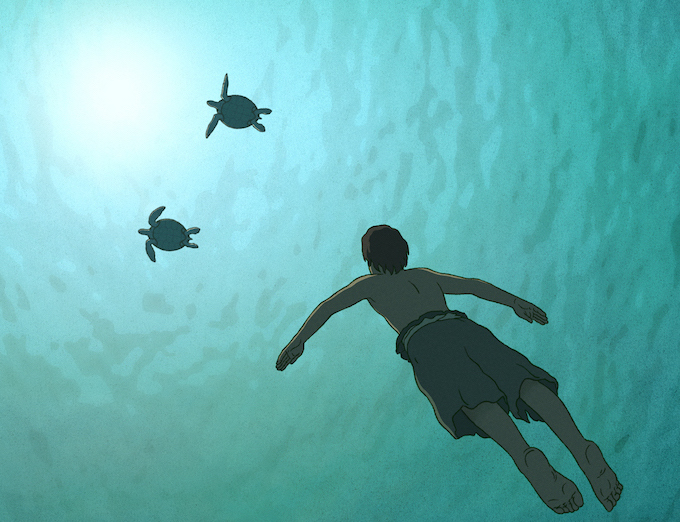 A man is shipwrecked on a tropical island in “The Red Turtle” (La tortue rouge), an elemental, hyper-archetypal animated delight from Dutch filmmaker Michaël Dudok de Wit and produced by Japan’s Studio Ghibli. Birds and crabs and a red turtle are his companions in de Wit’s lyrical, hand-drawn Oscar contender. (Of his shorts, “The Monk and the Fish” was nominated in 1995 for an Academy Award and he won in 2001 for “Father and Daughter.”) Dialogue-free, “The Red Turtle” begins at simplicity, then accumulates the most delicate of emotions in one compelling scene after another. “The Red Turtle” is superlative visual storytelling. The existential allegories? They’ll take care of themselves. 80m. (Ray Pride)

“The Red Turtle” opens Friday, February 10 at the Music Box.