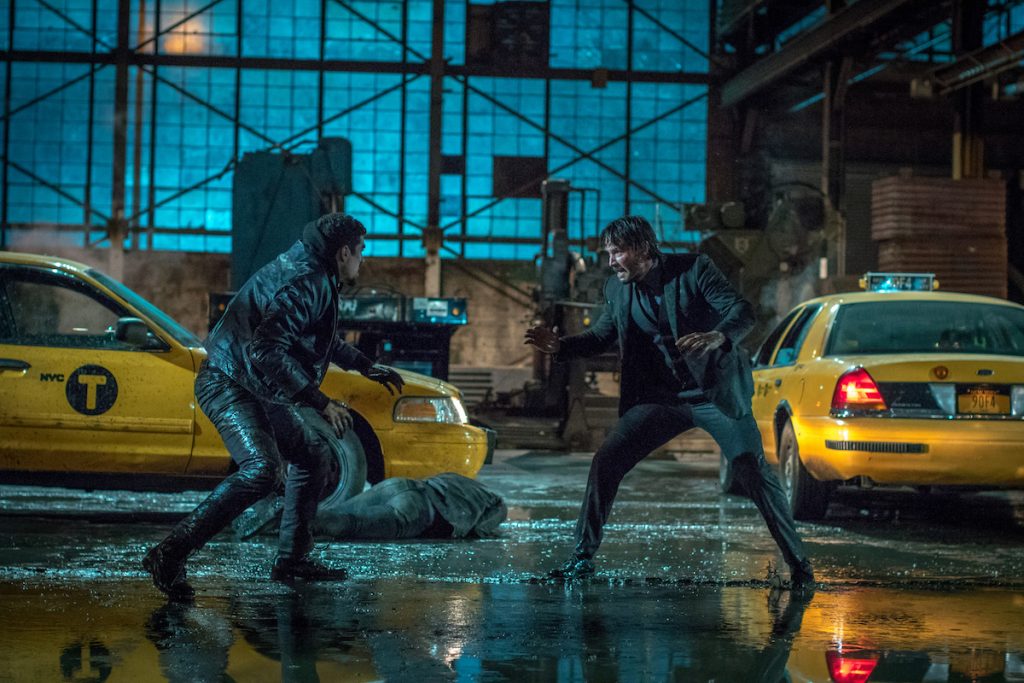 Just because you’re paranoid doesn’t mean people aren’t after you. Right? In the adrenalized, bullet-ridden, blood-chocked parallel universe of Chad Stahelski’s “John Wick: Chapter 2,” Keanu Reeves inhabits one of the most plausible portraits of depression in an American movie in ages. (Or at least since awards season began.)Reeves’ performance is on par with Casey Affleck’s emotionally blocked character in “Manchester by the Sea.” (Reeves’ reserve is a chill thrill from the get-go, unlike Affleck’s gnat-up-the-ass antagonism.) Where Affleck’s Lee folds into himself after loss into simmering self-loathing, John Wick detonates toward furious action. If you do not leave me the fuck alone, there will be fucking consequences, and they will be immediate, John Wick demonstrates. John Wick dares calamity as calamity dares him, Reeves just perceptibly, yet amply indicates sadness that cannot be shed with tears. Wick is torn from inertia of grief, lockstep of daily depression, by a hellscape of hammering, pummeling, assaulting, firing, from a ceaseless succession of adversaries. None of it is as bad as what John Wick feels from the loss of his dog and his partner in life. Nothing is as awful as that which will not be expressed. 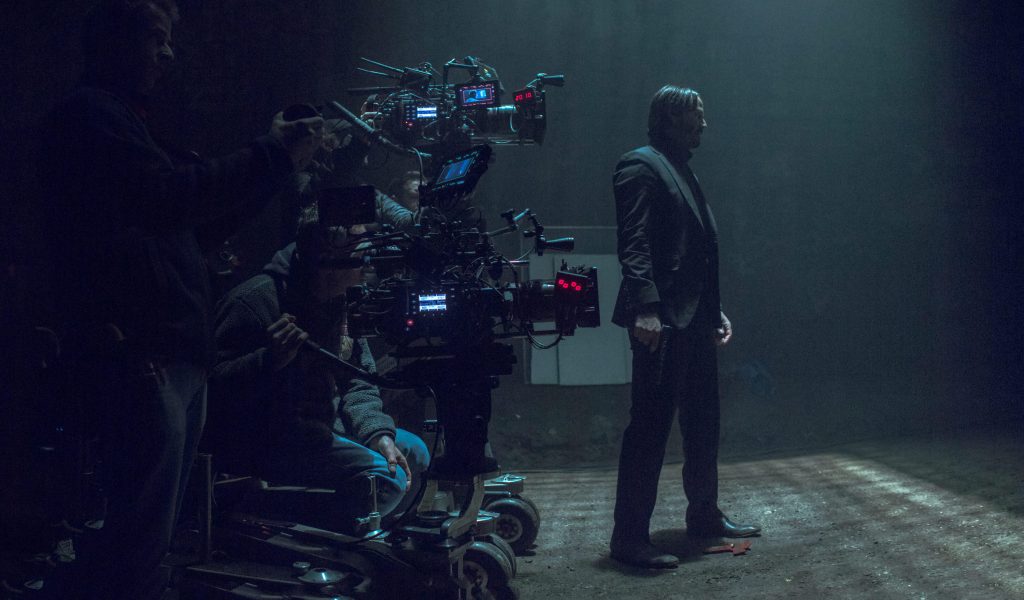 In the pantheon of distressed male beauty, “John Wick: Chapter 2” also evokes Walter Hill’s “The Driver” (1978), patterned from Jean-Pierre Melville’s Alain Delon-starring picture of a driven loner, the exquisitely melancholy “Le samourai” (1967). That procedural portrait of a perfectly clad killer embodies a form of schizophrenia by Melville’s own lights. As the French master told interviewer Rui Nogueira, his film was “the analysis of a schizophrenic made by a paranoiac, since all creators are paranoiacs.”

Stahelski’s picture is a greatest hits of feats John Wick would never want to venture, never want to know: it is fearsome and built upon fear. A career second-unit director and stunt coordinator, as well as Reeves’ “The Matrix” stunt double, Stahelski co-wrote and co-directed the out-of-the-black-and-the-blue “John Wick” (2014) with his creative partner David Leitch. I can only indicate a few of the breaths taken: In the pre-credits assault, we glimpse a black-and-white silent-movie stunt scene laser-projected onto the higher floors of a Manhattan skyscraper while below a chase between motorcycle and car and men exacts punishing precise results. (Is it Buster Keaton?) It is a dream upon a dream world that we have been jolted into without hesitation. John Wick is spoken of with the reverence dealt a classical wraith before Reeves’ entrance, a vessel of “pure fucking will.” Tall, besuited Reeves enters, that gait of feline caprice, arriving in close-up in the widescreen frame, steps into half-light, hair, lank, to his shoulders, face divided by dark and light, a half-shadow odalisque. The violence escalates: alongside the filmmakers’ insistent world-building, every splay of limb and brandish of weapon is acrobatic and emblematic, “gun-fu,” as the makers jokingly dubbed their masterful centripetal urgency (after the blazing example set by Hong Kong action master John Woo).

The stylized rush is years beyond the clunky if adrenalized pile-on of H.J. Halicki’s junkyard opus, the original “Gone in 60 Seconds” (1974). The gaudy, kinetic, combustible, fleet, crunchy action also glimmers of von Trier, at moments so meta it comes out the other side as pure adrenaline and heartache. John Wick is not humorless, not irritable, not impatient but instead put upon, coerced, finished. Yet must go on. Can’t go on? Must go on.

What else? I’m still hardly giving away any details about the sustained, attenuated havoc. There is a brief glimpse of John Wick headed uptown on foot, capturing a glimpse of the rare “Manhattan-henge,” when sunset falls precisely between buildings the width of the island. There’s an extended homage to the funhouse climax of Orson Welles’ “Lady From Shanghai,” transposed to the fictional “New Modern NYC” in a show called “Reflections of the Soul.” That’s emblematic of the level of self-reflection and tossed-off wit that elevates “JW2” from its abundant gun fetish to memorable formal frolic, filling a tapestry of rococo exsanguinations, punchy spatter, VFX headshot splots and blutts, and snap of bone and wrench of ligament of brute design. (Hurt is pictured, too: lifting his shirt, Wick reveals a torso festooned with a Buster Keaton-scale bloom of damage.) Three actors: assassin Ruby Rose Langenheim, round-cheeked-androgynous, gamine yet ephebic, as well, with a facial scar and a proud silent pout, issuing directives under fire and flirtations at rest in fluid ASL. The keeper of the rules of The Continental, Ian McShane, lolling language about the back of his tongue, further back, the back of his throat, eyes wide and liquid and ever-observant. Laurence Fishburne as a king of beggars: oracular, orotund, operatic. The best contemporary writing about Reeves by miles and miles is by the indispensable Angelica Jade Bastién, an intent observer of the varieties and variables of screen acting. From February 2016, try on Bastién’s “The Grace Of Keanu Reeves.” And this past weekend’s “5 Reasons Why Keanu Reeves Is Our Greatest Living Action Star,” which I reserved until nearly finishing this. “These physical choices, more so than vocal modulations and scenery-chewing ostentatiousness that many regard as ‘good acting,’ are just as vital to Keanu in non-action scenes. In John Wick’s subtle moments, a simple glance or half-hearted smirk says more than any lengthy monologue… Keanu relies not on heavy expository dialogue but the sudden warmth that flutters across his face and ease that betrays a deep history with these people, adding to the mythological world building that exists in the script. Keanu missed his calling as a silent-film star.” Yes. And yes. In English with subtitled Russian, Italian and American Sign Language. Widescreen. 122m. (Ray Pride)