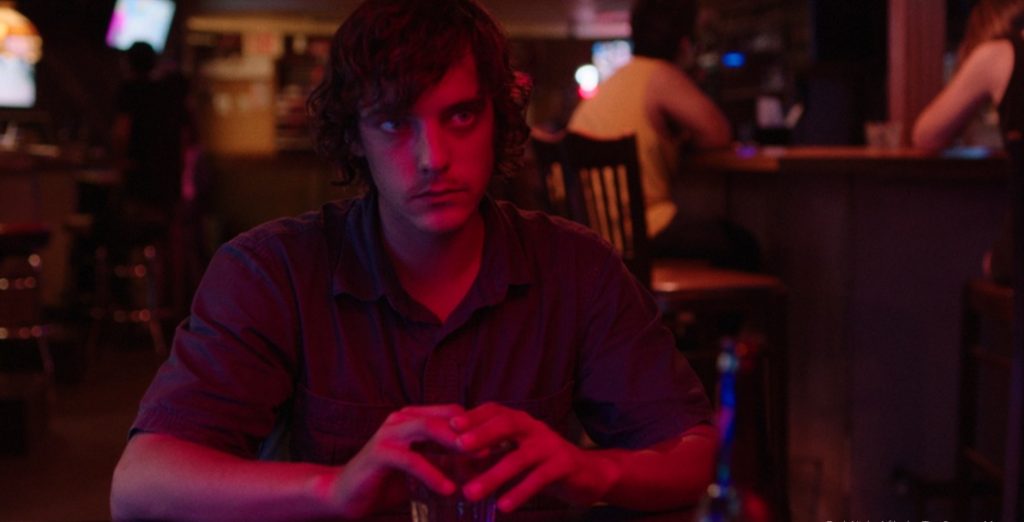 Of Tim Sutton’s aching, lovely “Pavilion,” I wrote in 2013 that it was “what personal movies are in the process of becoming.” His 2013 “Memphis” makes of that place a canvas of spiritual strangeness. Now comes the laconic “Dark Night,” atmospheric, patient, fated. “As a filmmaker who goes to movies,” Sutton says in his press kit, “I felt there was something wicked about taking that space away from the public’s safety. That place where people go to dream had been completely corrupted.” Additionally, Sutton continues, “the fact that [the shooter] threw out smoke bombs and yelled out ‘I am the Joker’ and people started clapping because they thought it was part of the spectacle—these moviegoers were there for a version of this horrifying vigilante coming to battle with high-tech weaponry, they were there for entertainment and got the real thing.”

“Dark Night,” Tim Sutton’s atmospheric brood on what dark lies there in the dark, an imagining of a similar event after the 2012 mass shooting at the Aurora Century 16 theater in Colorado, simmers with implication and resonant, everyday beauty. The abstracted events transpire, occur, invoke, weighted neither by plot nor a psychological accounting: an atmospheric dream of everyday things, a dark dream of all our todays, lustrous dread. The Sarasota settings are an everywhere-nowhere. Nothing happens there. Everything happens here. Behaviors are indicated, figures presented. There is poetry and there is finality. There has been criticism of “Dark Night” akin to that aligned against Netflix’s “The OA” for its final movement of massacre: can so much beauty leading to this conclusion justify invoking such profane violence? Can it? Gloom abides. Maica Armata’s emo soundtrack is at least one element of somber too-muchness. Hélène Louvart (“Pina,” “The Beaches of Agnès,” “Corpo Celeste”), a seeker of images in all her work, is Sutton’s invaluable cinematographer. With Aaron Purvis, Robert Jumper, Anna Rose. 85m. (Ray Pride)