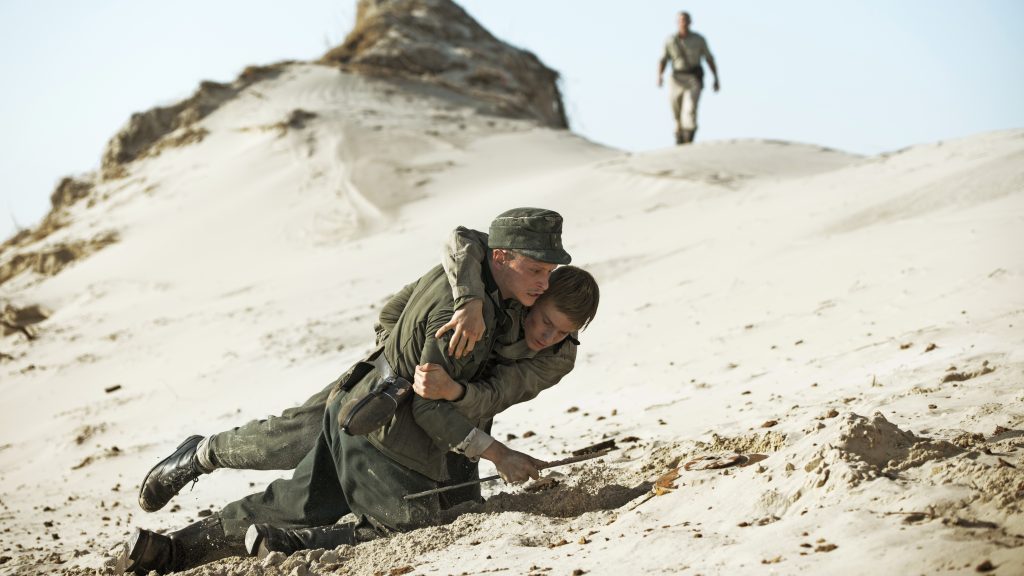 Denmark’s entrant for Best Foreign Language Film, Martin Zandvliet’s taut true-story-inspired “Land of Mine” (retitled from “Under Sandet,” or, “Under the Sand”)  anatomizes the enduring tale of boys-to-men sent to war. Near the end of World War II, Allied forces exploit a pack of relatively untrained German POWs to clear some of the millions of landmines the Nazis had scattered along Denmark’s coastline, pushing them at first to disarm tens of thousands of the deadly devices along a pastoral yet bleak stretch of beach. As they go about their anything-but-routine procedures along the quietly picturesque sea, questions of revenge and forgiveness rise. Zandvliet’s handling of suspense is engaging even as familiar contours play out in the direction of sentimental satisfaction. Moment to moment, “Land of Mine” reaches toward the chilly suspense of Henri-Georges Clouzot’s “Wages of Fear” while suggesting larger lessons about the toll of war on each and every fighter. And, in case the Third Reich’s baby faces don’t strike the proper empathetic notes in every viewer, there’s also the threat to a village girl as well as a dog who wander into the cunningly crafted tale. With Roland Møller, Mikkel Boe Følsgaard, Louis Hofmann. 101m. (Ray Pride)

“Land of Mine” opens Friday, March 3.