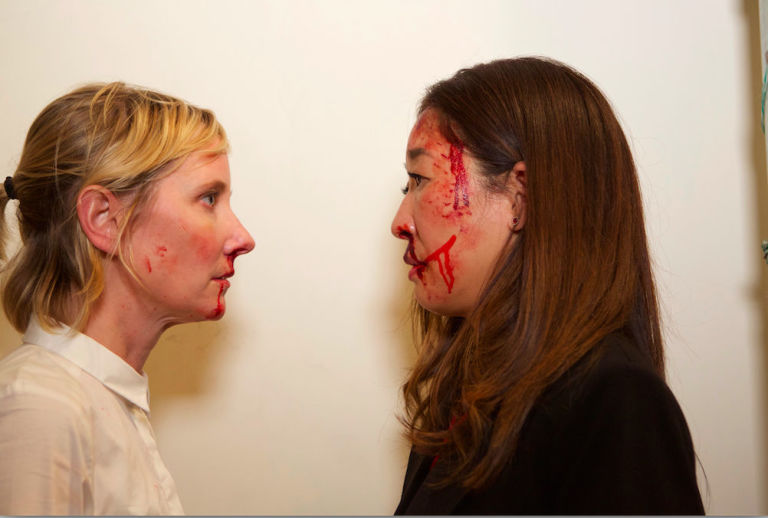 Writer-director Onur Tukel’s proudly ragged, black-and-black comedies (“Richard’s Wedding,” 2012) lean gleefully toward interpersonal savageries, and the compelling fisticuffs of the presciently Trumpian “Catfight,” pitting two hateful New Yorkers—Anne Heche vs. Sandra Oh as college friends with unresolved conflict—in a ferocious battle over the nature of privilege, is no exception. Ashley (Heche) is a failed political artist who relies on her caterer partner (Alicia Silverstone); wine-swilling Veronica (Oh) married upward to a businessman (Damian Young) who’s going to make a killing cleaning up the aftermath of the next American war. A few of Tukel’s satiric barbs are hit-and-miss, but the battle royale between Oh and Heche, both verbal and pugilistic, are marvels of disgrace under pressure. The violence wails, wails, wails, as much rampage as romp. Both Oh and Heche are deeply invested in their physical performances, as terrorizing in their own comic fashion as Hugh Jackman’s travails in “Logan.” With Tituss Burgess, Amy Hill. 96m. (Ray Pride)