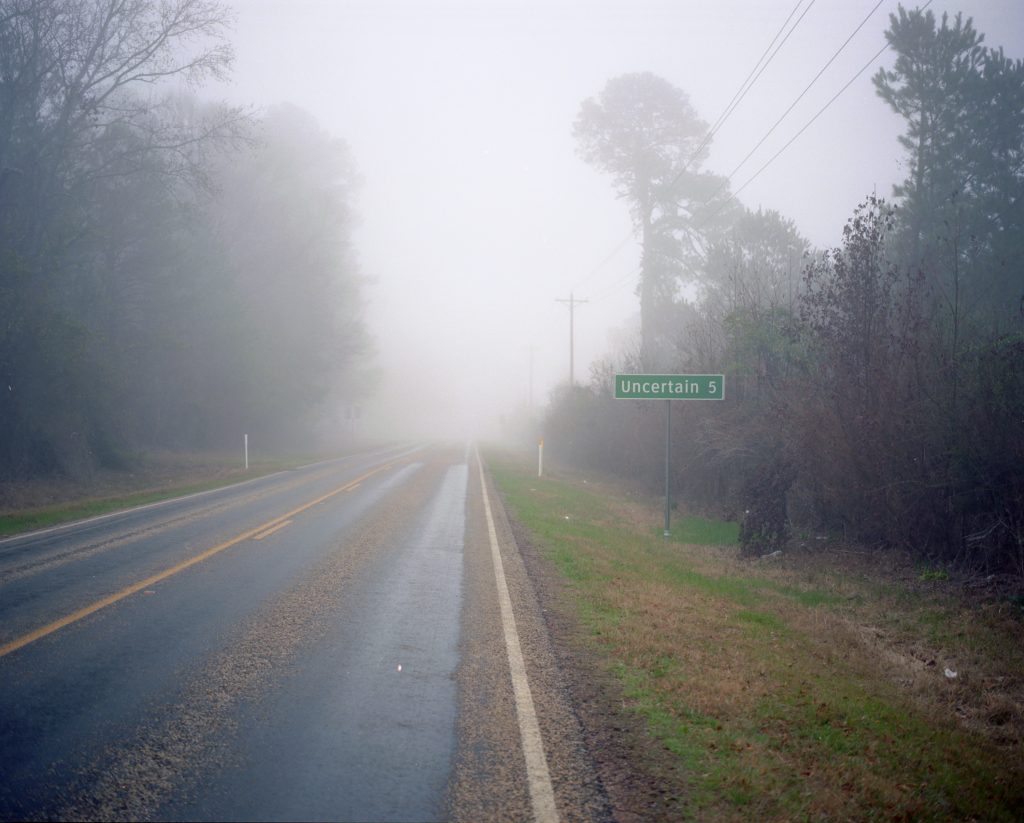 Think smaller. In the rich tapestry of first-time feature directors Ewan McNicol and Anna Sandilands’ “Uncertain,” a gorgeously realized and often funny observational documentary follows three obsessives who live alongside the swampy lake of Uncertain, Texas, pop. 94, cheek-by-jowl with Louisiana. McNicol, working as cinematographer, has a terrific eye for the weed-choked landscape and both filmmakers have a fine ear for the elevated but restrained comic cadence of regional storytellers.

The beauty belies the somber character of the lives on display. The three men’s quests—a wild boar out in the woods, named “Mister Ed,” “a hog with a horse’s head”; a widower seeking new love with a disreputable woman; the youngest man, who calculates how to escape to the city—play out as the lake is possessed by a non-native fern, choked by salvinia molesta. The images come quickly if not furiously, the camera mesmerized by imagery high and low, a succession of jagged-around-the-edges Terrence Malick-type tableaux. The men’s stories sear with the force of troubled lives lived rough. Daniel Hart’s sad score is a source of transfixing bliss. Winner of Tribeca Film Festival’s Albert Maysles Documentary Director Award. 81m. (Ray Pride)