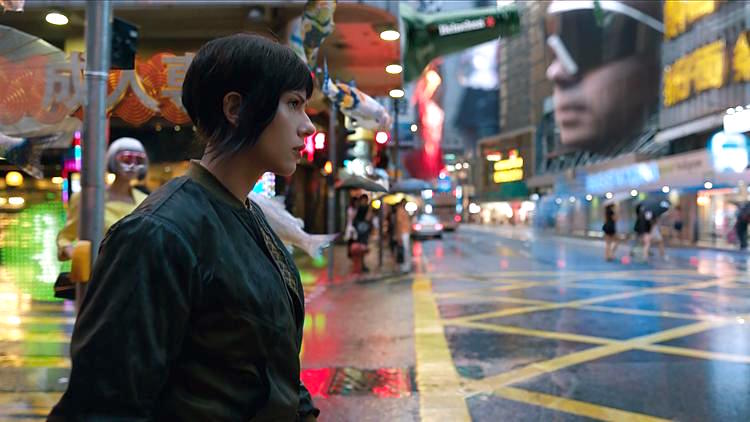 “One of the most important things is to remember not to ask actors to do things they can’t do,” action master Walter Hill observed recently. “Emphasize what they do well and show it off within the text or construct of your narrative. You want to show them in a way that will advertise their virtues.” Scarlett Johansson is front and center in “Ghost in the Shell” with attributes demonstrated in recent successes like “Under the Skin” (2013) and like “Lucy” (2014): presented as a florid-featured physical beauty, matched with unlikely physical prowess and a robotic determination (with sly glimmers of performance rippling through).

Johansson’s casting as a cyborg with a human brain, trained to kill, but struggling to recall her life before as her perception begins to “glitch,” was controversial before the film’s release. Since the review embargo ended late this week, the tumble of reviews finds critics either admiring baubles of director Rupert Sanders’ barrage of design, or have run ‘roid with a range of rage. (Both cases convince.)  Artforum’s Paige K. Bradley may be the most emphatic, covering a lot of ground in a single sentence: “Even if this could be mildly entertained as a critique of dystopian, authoritarian regimes cracking down on dissidence, or an allegory about resistance and rebellion, it quickly sinks into a hopelessly, unbelievably, hysterically, maddeningly silly plot all frothing over a foundation of careless racist nonsense, to say nothing of its continual usage of ‘consent’ as a buzzword.”

Screenwriters Jamie Moss, William Wheeler and Ehren Kruger inserted a twist about Major’s origins, which is provocative in its implications of the villains having a whitewashing agenda of their own, but it isn’t explored, and traces of her personality, before her bodysnatching, are disregarded. There’s as much divide from eye and body as mind and body.

Sanders (“Snow White and the Huntsman”) draws, of course, from Shirow Masamune’s original book, an anime series first serialized in 1989, as well from Mamoru Oshii’s 1996 adaptation (as well as its 2004 sequel, “Ghost in the Shell 2: Innocence”). Technology has altered and shifted in the past twenty-five-plus years, as has pop culture, but “Blade Runner” is still very cool: but you know that. Sanders does, too. Of course, there’s a wealth of imagery and theme that could have been drawn from the earlier, Japanese installments in a continuum of influence and inspiration. While there are sequences extracted from the Japanese series (which fully-versed viewers are identifying many, both minor and major), the city landscape pulses with the neon template of Ridley Scott’s 1982 masterpiece of mood and urban texture. Other fragments of pop-culture past and urban present mingle, with Hong Kong’s skyline draped with stories-high holograms bright with the promise of commerce. 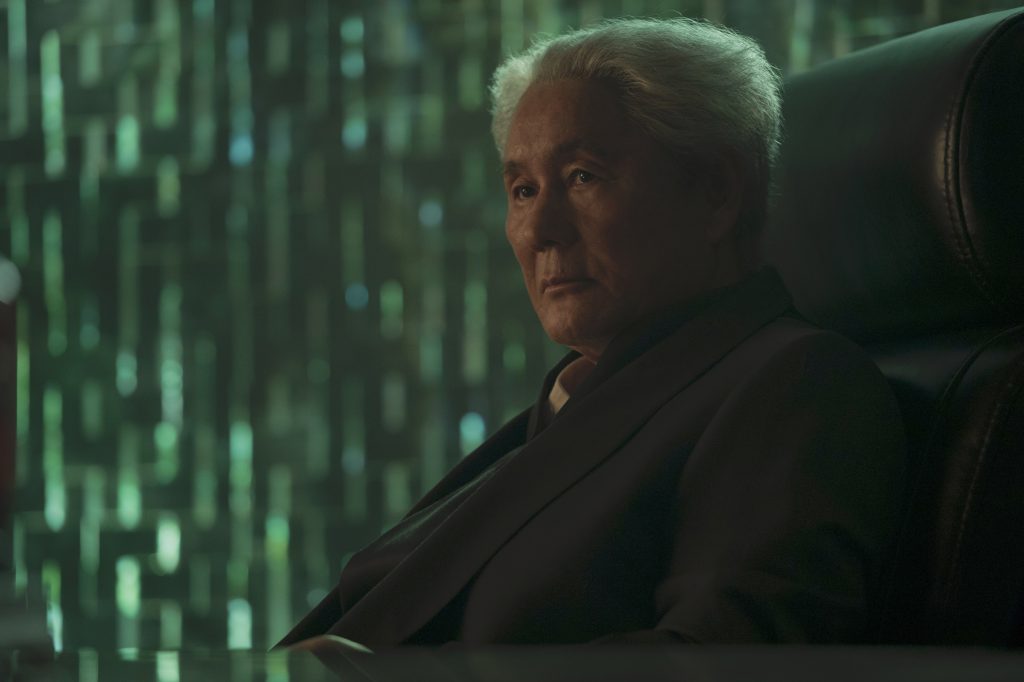 Crime and passion play out in dank, close backstreets redolent of rust, verdant with verdigris, with chains clanking and hoists at the ready around most corners, still black water underfoot, kindly stray dogs on the loose, yakuza on street corners, nightclubs as centers of criminality and electronic dance music and more than one unpleasant moment about gender in small roles.

Most every frame throbs with stuff. Scarlett’s Major Motoko Kusanagi runs a lot, and she’s sometimes invisible, or only the armature of a robot, wearing the “thermoptic suit” from the established mythology. Other costumes tickle the eye: Japan’s great director-actor Takeshi Kitano with a flattened dome of white hair, the only character speaking only Japanese, wearing a range of suits that only he might pull off with dignity. Of all the big-budget eyeball kicks, the simple lines an inspired extravagance of Bart Mueller and Kurt Swanson’s costume design, both Western and Eastern, are best, on a par with the moments when the “lawless zone” resembles the compressed landscape of Hong Kong’s long-gone Kowloon walled city.

More than anything, this “Ghost in the Shell” is a design showcase full of transitory delight, embracing the intoxicating visual generosity of Japanese anime, but while not finding a heart for its deracinated protagonist. (Production designer Jan Roelfs’ credits include “Gattaca”and “The Cook, the Thief, His Wife & Her Lover.”) With Juliette Binoche as the concerned scientist-doctor looking after Major’s heart and frame. 106m. Widescreen. Not reviewed in IMAX 3D. (Ray Pride)

“Ghost in the Shell” is now playing.