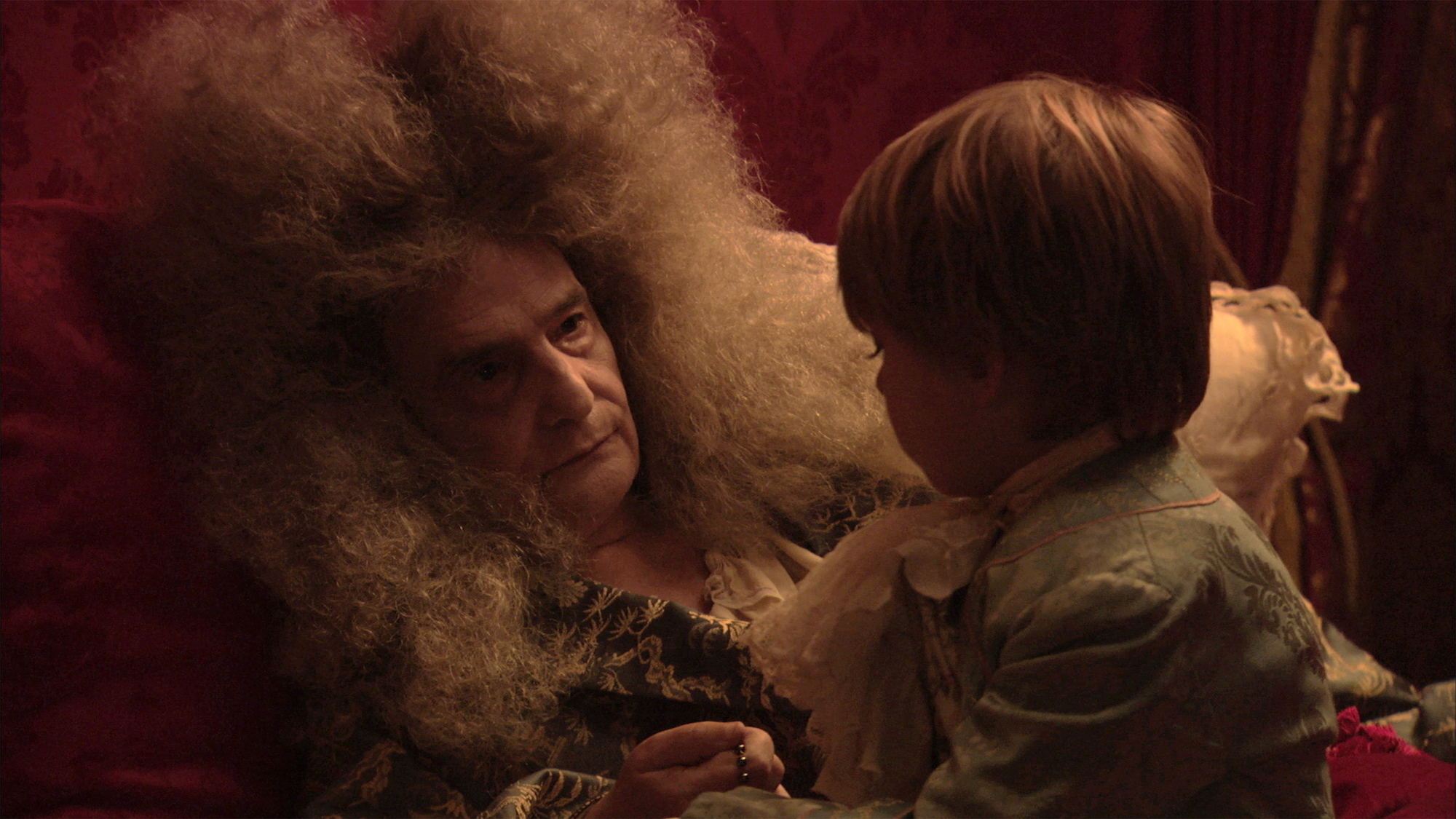 Jean-Pierre Léaud in “The Death of Louis XIV”

In ravishing candlelight, seventy-two-year-old Jean-Pierre Léaud lies in a bed in a room surrounded by courtiers in Spanish filmmaker Albert Serra’s “The Death of Louis XIV.” It takes nearly two hours, then the long-lived monarch, as the title promises, dies.

The range of physical acting that Léaud accomplishes beneath teeming, toppling royal perukes—powdered wigs—is both minimal and maximal, body laid out, papery eyelids aflutter, powdered cheeks tremulous, the dead weight of our memories of Léaud’s long onscreen life-on-the-run, of a body both in repose and decline. In the April issue of Film Comment, with nearly sixty years of screen acting behind him (since his iconic 1959 debut as a Parisian juvenile delinquent in Truffaut’s “The 400 Blows”), Léaud describes his performance. “I said to myself that this film would mean a great deal, in my life and in my filmography. I said to myself that I must succeed, with all the energy that’s in me. So I was in Louis XIV’s bed, trapped within an apparatus of three cameras that filmed me continuously from eight in the morning until eight in the evening, every single day… Through this apparatus, I stepped into the shoes of an old man in his death throes, and you cannot avoid personal repercussions if you play someone like that. I began to feel the proximity of my own death and realized that Albert was recording my own death through Louis XIV’s. At my age, you cannot banish death from your life. I was reminded of Jean Cocteau’s quote: ‘Cinema is death at work.’”

Language, sturdy, vivid language, for acting and performance is all too rare in writing about film. How to write about physicality, not just the tug of sensuality or sculpting of beauty or “typage,” casting an actor to look, and perhaps embody a character just by their suggestive countenance? Recently on Twitter, the New Yorker’s Richard Brody reduced two screen icons to fewer than 140 characters: “Joan Crawford, the essence of cinema—still, opaque, and mask-like even at the most frenzied height of expression… Bette Davis, theatre as cinema—displaying intentions, and the intention of intending, even in undramatic repose.” That’s durable literary intonation.

But coming closer to the corporeal, physical character of the gig, after the untimely passing of Bill Paxton in February, “Twister” director Jan de Bont quoted the charismatic performer on daring injuries in the pretense of chasing tornadoes: “He kept saying, ‘Certain things you cannot act—you have to feel them.'”

Equally, there’s room for writing that corresponds to what radiates from the screen, the performer herself. In 1950, critic-painter Manny Farber complained of performances that were “a collage of personality, which varies drastically in every way to create the greatest explosion and ‘illumination’ in each moment.” Farber, whose insights and post-pulp precision influenced critics including Jonathan Rosenbaum, Kent Jones and me, disdained the histrionics of 1950s street melodramas like “The Sweet Smell of Success,” when a movie “sweats too much around the edges.” Famously, he also squinted at Angela Lansbury’s “helicopter-like performance in ‘The Manchurian Candidate,’ in which every line begins and ends with a vertical drop.” Jimmy Stewart? “A harassed Adam’s apple approach to gutty acting.”

Sterling prose, suggestive, but the question of screen acting still demands fresh answers. Discussing Farber in 2008, Kent Jones, now director of the New York Film Festival, told Eric Hynes it’s hard to talk about acting. “The reason most people find it difficult is a) it’s really hard, and b) the way it’s usually described is divorced from the film… Pauline Kael could write brilliantly about acting. But she was writing about the art of acting—not so much in conjunction with the cinema itself… Manny was light years ahead of most of us in the way that he talked about acting. He was saying that the acting and the movie were working hand in hand. That sometimes when people are writing about acting what they’re really talking about is the directing, and sometimes when people are writing about directing they’re really talking about acting. And to know how the visual style of the movie is informed by the actor, by the physical makeup of the actor, by how they look within the frame—not just the way they’re lit by the director—but also by what they bring, what their presence is.” Or as director Paul Morrissey is remembered for saying, “Films are about personality: the better the personality, the better the film.”

There’s a new generation of writers massaging the tissue of what constitutes screen acting, what lyricism lies in personality, including the prolific Chicago-based Angelica Jade Bastién. In one of several knowing appreciations of the complexities of Keanu Reeves’ mien and manner, on the occasion of “John Wick: Chapter 2,” Bastién wrote, “While in many action films the weaponry takes on a near-fetishistic glow, Reeves becomes the camera’s main interest, as lovingly shot as the glamorous starlets of classic Hollywood. The language of the body is one that American audiences, no matter how far removed we are from this country’s Puritan beginnings, may not know how to speak. It’s a language that was far more common in classic cinema because the industry saw beauty not only as a selling point, but a thematic tool worth exploring.” Explorations like hers—and she’s not alone—are exciting, showing how much there is to discover about movies in simple presence, alongside the poetry of fleeting gestures, the cadence of duration, the contemplation of photographic beauty, the personality of a screenwriter or a director.

To bring matters back to Léaud sharing a deathbed with King Louis XIV, Albert Serra, I was startled and gratified to discover, also wrote about Manny Farber writing about screen acting! “All movies should come to life only on the screen,” Serra notes, describing his directing methods, “Nothing of what we see should have happened in reality before. Only the camera should be able to record what is essential to the actor; people in the shooting should not be able to perceive it.” Serra writes that “the core of every cinematographic performance, according to Farber, is the suggestive material that surrounds the borders of each role, and never its psychological-ontological center: quirks of physiognomy, private thoughts of the actor about himself, misalliances where the body isn’t delineating the role, but is running on a tangent to it.” Can all these perspectives be correct? All true, every bit.

“The Death Of Louis XIV” opens in Chicago this spring.