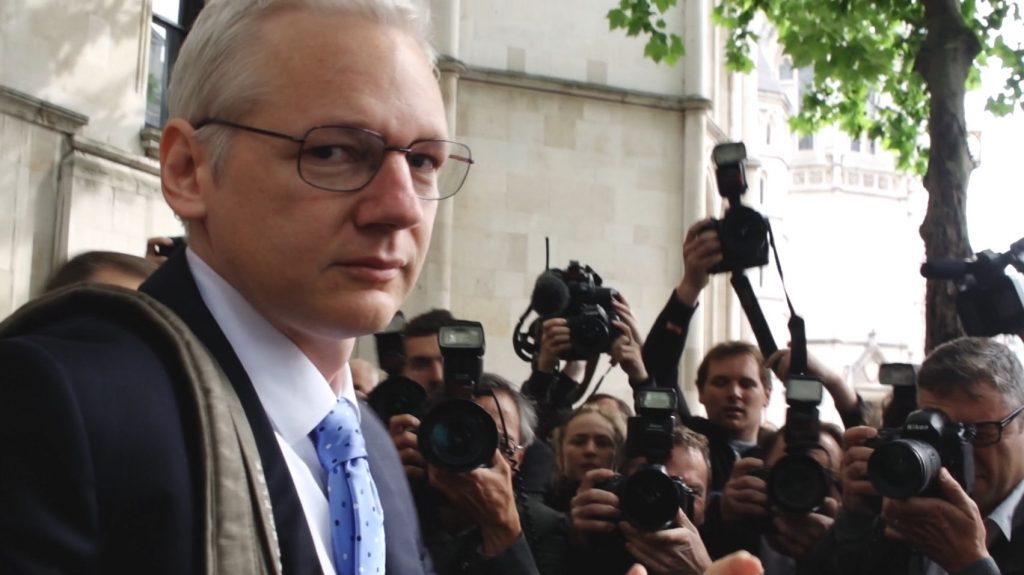 “This is not the film I thought I was making,” Laura Poitras murmurs offscreen early in “Risk,” her quicksilver snapshot of moments spent with WikiLeaks’ figurehead Julian Assange across almost a decade. “I thought I could ignore the contradictions, I thought they were not part of the story. I was wrong. They are becoming the story.” Lacking the ticking clock that gave velocity to “Citizenfour,” her Oscar-winning portrait of Edward Snowden, Poitras’ masterful assemblage simmers in mood, with an increasingly chilly sensation that certitude cannot hold, and the contradictory natures of a misanthropic, openly misogynist radical like Assange are as dangerous as those of any other politician. “Risk” premiered at Cannes in 2016, but the results of the presidential election led Poitras to continue editing until the end of April, incorporating a voiceover of Attorney General Jefferson Beauregard Sessions III discussing his hope of prosecution over an image of a light in a window, a window of the Ecuadorian Embassy in London where Assange has had asylum since August 2012. It is a melancholy, even bleak shot that suits “Risk.” Scenes are often bridged by shots from cars or train windows, slipping, elusive, there’s a concrete city in front of us, but we cannot hold onto it. There’s an arms-length sensation to the unfolding, yet the filmmaking captivates. Across this rivulet of our time, in the years since 9/11, the war in Afghanistan, another war in Iraq, Chelsea Manning is prosecuted, released. Jacob Appelbaum is a bright light of the TOR project and its campaign toward universal encryption, then dismissed for sexual allegations akin if not precisely like those leveled against Assange. WikiLeaks releases the “Collateral Murder” video; is reviled; is embraced by candidate Trump, whom Assange embraces back against Hillary Clinton, releasing thousands and thousands of stolen emails.

The current affairs of these years, our present tense—our present tension—reflect back against the magic-lantern ease of Poitras’ editing. (Poitras and Assange became estranged after he expressed distaste for the earlier cut.) The acuity of her observational talent scintillates, but does not offer definition, let alone resolution. Music and sound are almost more important than to the texture of “Citizenfour”: something more than a hum, yet a figurative roar in all our ears. As an internationally sought outlaw, Assange provides Poitras a level of access beyond recklessness: at one point, he wonders aloud at why he’s allowed a journalist with a camera such proximity for so long. But as the US election campaign wears on and WikiLeaks set waves of documents onto the internet to influence it, the figures onscreen seem already swept away by history, seemingly acting with agency but already lost to the bone-weary fug of fallen hope. The true believers may well be facile dupes, the devotees of a greater “truth” may be lost in the darkness.

“I began the film with a feeling of optimism,” Poitras told Variety in May. “The journalism WikiLeaks was doing had come at a time when we had seen so little deep journalism into the wars in Iraq and Afghanistan. To see them publish information that told the public what was happening, I thought was really essential. Other things were happening globally, the Arab Spring, that felt really hopeful. And now we’re in this historical moment where it all feels so dark. The outcome feels so, I don’t know, dystopian. I’m not placing that all on WikiLeaks, but I guess the arc of the film ends on a dark note.” This is not the world they, nor we, thought we were living in. 95m. (Ray Pride)

“Risk” opens Friday, May 5 at Siskel.