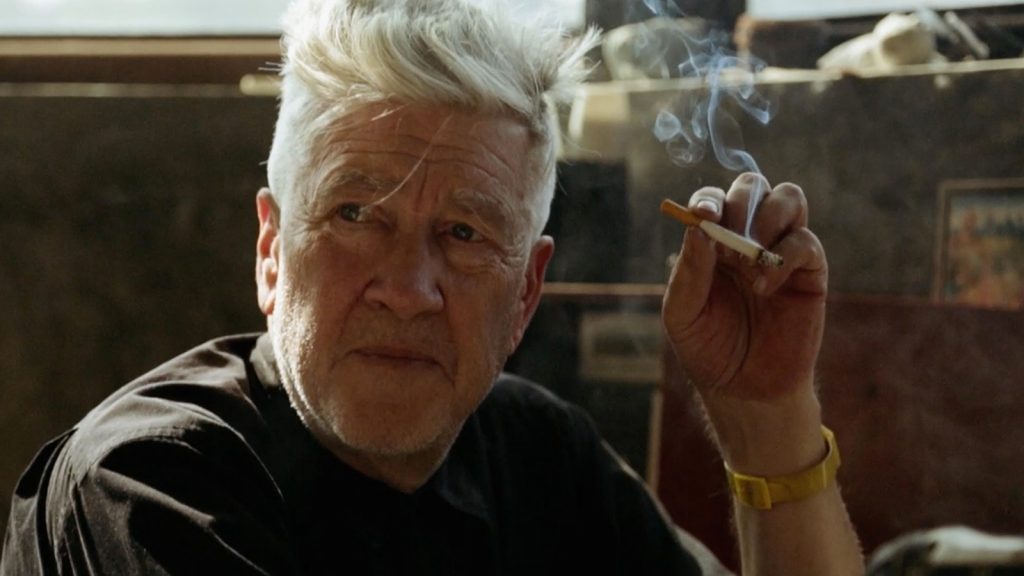 David Lynch recollects a key image from his youth, a woman who appears on a particular street in Portland when he is a boy, naked, blood at her mouth, “something was bad wrong with her… Something otherworldly.” We see his drawings and paintings of that memory, which would flower as well in “Blue Velvet.” Lynch speaks with tentative wonder at the world, and “David Lynch: The Art Life” is the most recent elusive walk-around of the painter-filmmaker-chainsmoker’s upbringing and the “art life” he discovered after several false starts, in rundown industrial Philadelphia. As collaged by director Jon Nguyen, the wander through his memories reveals little that isn’t known already, including his fondness for speaking of place names and long-gone streets with not reverence but worshipful intonation, the fixation with his father that has long haunted his rare conversations about his life, and an idiosyncratic way with words that both soothes and alarms in beguiling concert. While the ample sound design and bits of score suggest Lynch’s filmography, the greatest virtue is its touristic qualities, glimpsing visual artworks-in-progress, his Hollywood Hills artist’s compound and a near-infinitude of cigarettes coiling smoke counterclockwise to his tall, white quiff of bristling hair which he quite enjoys running his hands through before once again squinting past the camera and toward thoughts he’d rather entertain. 88m. (Ray Pride)

“David Lynch: The Art Life” opens Friday, May 5 at the Music Box.