The Chicago Underground Film Festival is almost a quarter-century old in 2017, and its substantial influence in getting films into the cultural bloodstream of national film appreciation remains impressive: movies programmed in 2015 and 2016 are still finding wider releases in art-house and online, months after their introduction in Chicago. The world’s oldest underground film festival intends to be around Chicago for years to come. We caught up with co-founder and artistic director and programmer Bryan Wendorf a few weeks ago as final preparations were getting into gear.

Why did CUFF start to push its entry date back so far? You close submissions in January, and you’re at the Logan in June.
We open our call pretty soon after the end of the festival, taking submissions around August 1. Our final deadline is mid-January. We aim to have programming decisions made by early March. In 2016, we fell behind that schedule by over a month due to a huge number of submissions. We’ve revamped our pre-screening process and opened it up to a much larger group of screeners, many of whom are festival alumni. But it still took a lot to get everything watched by our programming deadline.

What’s the breakdown of programming? How much of CUFF 24 would you say is part of a community the festival has created or nurtured and supported, how much is local? How many left-field discoveries am I going to preview in the next few weeks?
This year, about twenty-five percent of the films we selected are the work of Chicago-area filmmakers. Four of the twelve features we picked are from local filmmakers. We don’t have any quota, but we’re in a really good period for Chicago filmmaking. We’re very loyal to our alumni, including entry-fee waivers for them to submit new work, but with the understanding that not all alumni work will make it into the program in any given year. Keeping our alumni involved as pre-screeners and through offering waivers does give continuity to our programming year to year. We programmed work by these people because we thought it was good and it’s the kind of work we have to support.

I’m always thrilled to welcome people back as their careers grow over the years. Both Jennifer Reeder and Usama Alshaibi have shown films at CUFF since the nineties and have stayed loyal even as their budgets and ambitions have grown. This year, we welcome back Michael Galinsky and Suki Hawley with their latest documentary feature “All The Rage.” CUFF has screened almost every feature they’ve made, along with a handful of shorts, since their low-budget indie-rock comedy “Half-Cocked” back in 1995.

Finding discoveries is the part of programming that stays exciting, especially those left-field films that other festivals might be inclined to pass on. In recent years we had the world premieres of films like Stephen Graves’ personal documentary “A Body Without Organs” and Adrian Briscoe’s documentary-fiction hybrid “Dream Town.” Both of these films had difficulty getting into more mainstream festivals, but were embraced by both audiences and the juries at CUFF. Winning awards and receiving good press at CUFF helped those films find acceptance at other festivals and cinemas. 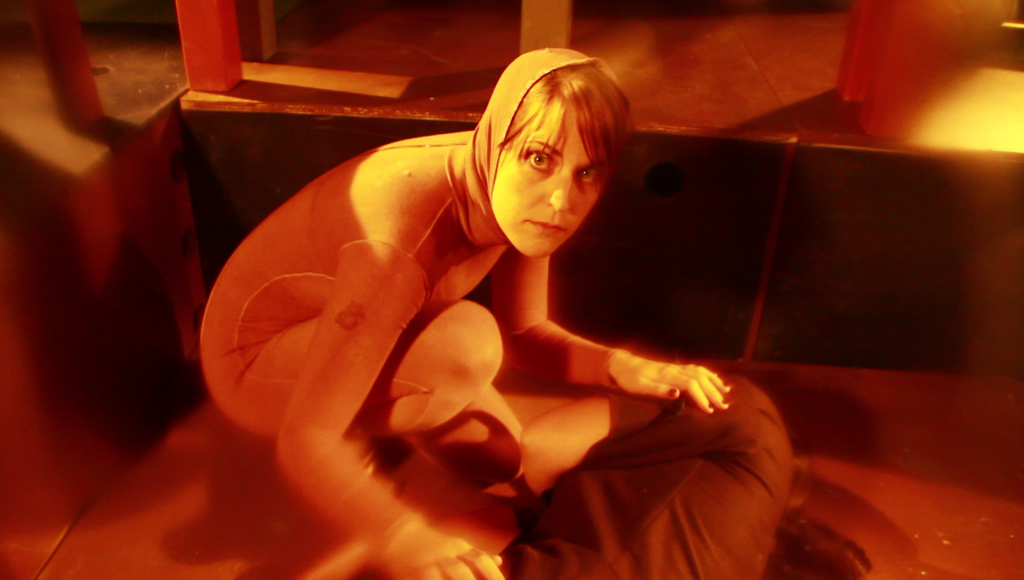 Features and shorts from CUFF 22, two years ago, are still trickling into larger distribution and onto the cultural radar. Is that a good feeling, that you’re paying attention to promising filmmakers and finding films sooner than other fests and events?
That is the best feeling. I love seeing people who we discovered establish themselves on the wider festival circuit and eventually find distribution. Last year, Anna Biller’s “The Love Witch” was a huge hit for CUFF and went on to do extremely well on the festival circuit and then had a theatrical release through Oscilloscope on 35mm. We showed Anna’s debut feature, “Viva,” at the festival back in 2007 and before that, in 2002, her short, “A Visit from The Incubus.” It’s great to see her getting recognition now but also to remember that we recognized her potential over a decade ago.

CUFF is a small-ish festival, but do you sense it having the profile of a larger festival?
It’s true, CUFF isn’t a huge festival, but I’m constantly reminded that our reputation on the festival circuit is much bigger than our modest size. Filmmakers frequently tell me that screening at CUFF was a longtime goal of theirs and programmers from other, often much larger festivals, are aware of us and constantly tell me that they admire the quality of our programming. Still, I would like to see CUFF grow some more, especially if it allowed us to have repeat showings. But I wouldn’t ever want the festival to become too large. I don’t want to feel pressure to program more commercial work to fill programming slots or accept work that we can’t stand behind.

You were on a Slamdance jury in Park City, Utah, this year. What did that weeklong immersion give you or the festival?
This was my second time at Slamdance, but the first time since 2000. I’ve known the Slamdance founders since right after they held their first DIY event. They’ve all told me that CUFF was an inspiration that showed them that doing a guerrilla festival on a shoestring budget was viable. I would even consider Slamdance a sort of sister festival to CUFF.

That being said, their programming mandate is different then ours, a little more focused on the industry acquisitions and deal-making like at Sundance [which Slamdance runs during]. In recent years, Slamdance devoted more programming to “undergroundish” and experimental work. I was on the jury for their experimental shorts program and their “Anarchy” shorts program. I did wind up programming a greater number of Slamdance films for CUFF this year. But I don’t think the fact that I attended and was a juror had much to do with that. Most of those films had already submitted to CUFF before I arrived in Park City. I just think it was an exceptionally strong Slamdance lineup this year and a good number of features had the qualities we program at CUFF. Some of those, like Charles Fairbanks’ “The Modern Jungle” and Jerzy Rose’s “Neighborhood Food Drive” are films made by CUFF alumni who were accepted into Slamdance, while others like Joji Koyama and Tujiko Noriko’s “Kuro” and Frauke Havemann’s “Weather House” are Slamdance discoveries that also have the experimental and boundary-pushing qualities we look for at CUFF.

How many screeners do you have before you make the final cut? How many submitted, how many did you watch to arrive at how many features and shorts?
This year we had 2,025 total submissions. I personally watched a little over 500. That’s slightly fewer than I looked at in 2016 because we had a larger group of pre-screeners filtering films. I tried to make sure that each film submitted was watched by two pre-screeners who scored things, and provided feedback before it got to me, but that wasn’t possible for some of the last-minute submissions.

Is that central location in Logan Square essential to making a festival work and not just sprawl? While CUFF hasn’t gotten notably larger, you also haven’t had to pull back like, say, CIMMFest recently did.
For most of CUFF’s history we struggled to find the right home for us. We’ve converted non-theatrical spaces into screening venues, we’ve been at great theaters like the Music Box, the Landmark Century and the Gene Siskel Film Center, which all had strong points as well as weaknesses for us. The Logan has been the best venue we’ve been at, for five years now, and being in a residential neighborhood has helped with increasing our attendance, as has the theater’s lounge and bar. We’ve seen steady growth over the last four years, and I hope the Logan will be our home for years to come.

How important is your partnership with IFP? How does that work now?
We aren’t just partners with IFP Chicago, they actually own the festival. This has been essential to the festival’s long-term growth and even survival. Having a supportive board of directors and a real office to work from has been great. It has made the festival more stable both organizationally and financially, and has given me some financial security as well.

Nicole Bernardi-Reis, the executive director of IFP/C has been supportive of the festival for the last twenty years and believes in our mission and also believes in having that mission make sense to broader audiences, sponsors, and to fit within the whole of everything the group does for the Chicago film community. Chicago is different from bigger film production centers like Los Angeles and New York. The “underground” and the mainstream industry are much closer to each other, and IFP Chicago is a big tent that encompasses the whole of independent filmmaking in the Midwest.