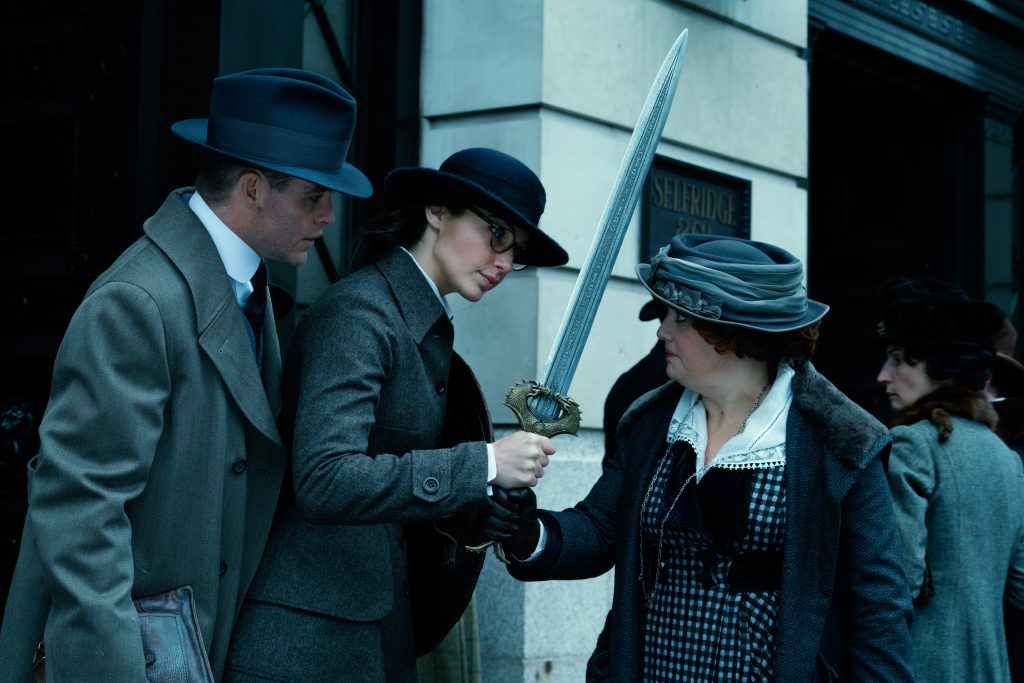 Patty Jenkins’ “Wonder Woman” is as coherent and lucid as any entry this decade in the bristling superhero mega-decamillion-dollar franchise hullabaloo, beginning with the casting of demigoddess Diana of Themyscira, of whom Jenkins effused to the New York Times’ Cara Buckley, “Gal Gadot is so magical and wonderful. They found the best person in the universe.” While mostly motored by a plot about a poison-gas attack that could prolong World War I, Jenkins is a deft action director and close observer of acting detail. Gadot doesn’t play Diana as dismissive or dumb, but instead apprising and wary and clever: she does much with a glance that’s smaller than the rise of an eyebrow. While “Wonder Woman” is a moving part of the Zack Snyder-driven DC-Warner universe of shite-brown-to-blood-rot-purple humorous-as-a-stone male self-pity super-parties, its sweetest grace is that, aside from a two-gods-detonate-lightning-across-a-runway interlude, it feels like, well, a movie. A Story. A motion picture. With a sense of humor! A performance! And spiraling or standing poised in its center, a bright, shining female figure borne of an Amazonian culture with other women who coolly slay with a glance (Robin Wright, Connie Nielsen), with a squirrel-cute Chris Pine. Taking on as much fun as “Wonder Woman” has to offer, its small jabs at lightly anachronistic social awareness, its hostility toward megalomaniacs with weapons of mass destruction, a little voice sounds, something like Ringer writer Alison Herman pulling a Jenny Holzer on Twitter: “EVERY TIME YOU’RE TEMPTED TO GIVE A BLOCKBUSTER CREDIT FOR BEING JUST OKAY REMEMBER ‘MAD MAX: FURY ROAD’ EXISTS.” I’ve got no subtweet with “Wonder Woman,” ninety percent of its running time being nothing less than sharp moviemaking. Yet the true and lasting fun will be to witness its eddying cultural influence upon younger generations. Can’t you hear the pleased squeals already? With Lucy Davis, Danny Huston, David Thewlis, Saïd Taghmaoui, Ewen Bremner, Eugene Brave Rock. 141m. Widescreen. (Ray Pride)