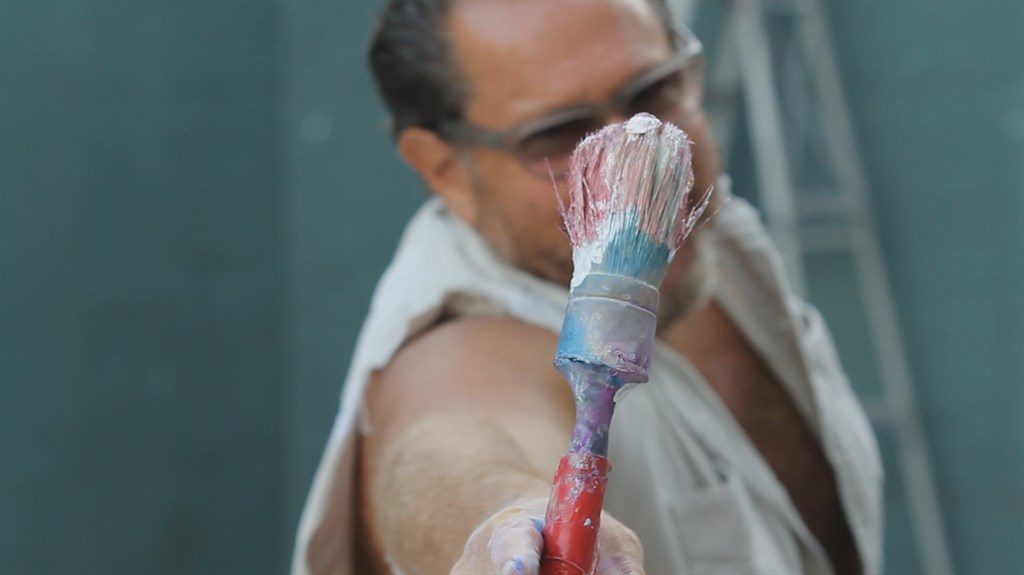 Julian Schnabel is a character, a big bruising, bustling, bursting figure of hubris and grandiosity, but also of texture and gesture and moment and incidental magic. Across the years and multiple interviews, Schnabel also has been one of the most effusive, apparently heartfelt subjects I’ve met. His personal charisma is a thing of weird beauty, as is well-documented almost everywhere but here.

In Italian filmmaker Pappi Corsicato’s crappy-looking, low-energy “Julian Schnabel: A Private Portrait,” his personal life is sketched in, from a childhood in the distant reaches of Texas to the close quarters of New York City in the 1970s to his explosive artworks and his expansive filmmaking. Tastes of Schnabel’s personal archives make up for the apparition of Bono, Jeff Koons and Al Pacino among the avid witnesses to his decades-long habitation of New York media as well as a broad swath of flattering praise. The art, the successful and the failed, makes up far too small a portion of a close friend’s failed portrait: up close, but hardly intimate, and definitely unworthy of the lightning flashes of Schnabel’s boldest imagery, whether on canvas, sculptures, the sides of the heights of his gaudy West Village mansion or on movie screens. Or, of the masterful social creature who not only mastered Manhattan, but a lifelong cultivation of ineluctable charm. With Willem Dafoe, Hector Babenco, Jean Michel Basquiat. 84m. (Ray Pride)