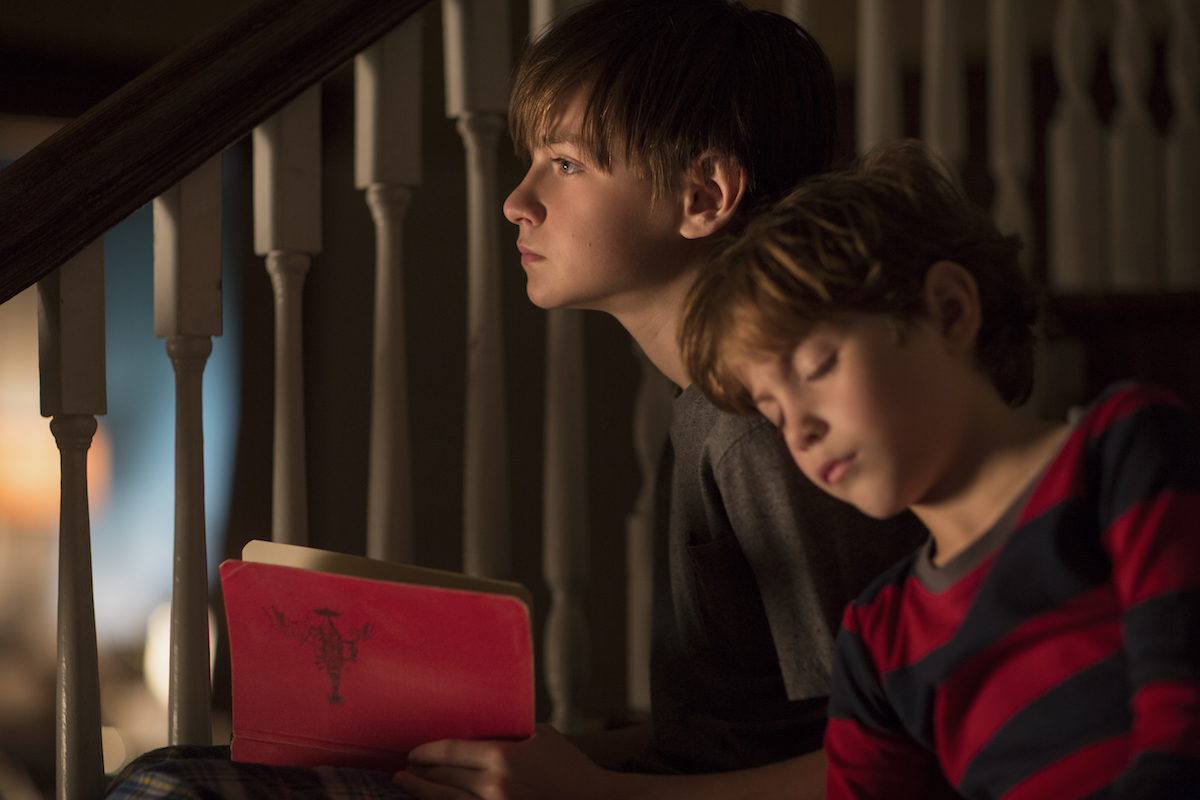 Frank Casey was a legend, in his twentieth-century time and in his mind. He was the hardest of hard-ass career publicists, working Warner Bros. out of the Midwest. There’s a legend I’ve heard from different angles, about one screening that got out of hand: a nighttime preview at the now-demolished McClurg Court Theater for John Boorman’s “Exorcist II: The Heretic.” It’s a crazy movie, but in the decades since, many have taken a liking to its mad joy. But that night, story goes, as Frank Casey stood, beaming, hands folded behind his back, dowagers bustled past, flinging crumpled passes at his face, one small, older woman barreling into him, knocking him up against a carpeted wall: “How DARE you, FRANK CASEY! HOW dare YOU!” “What the fuckkkkkkk!” another woman of a certain age is said to have trilled. First time I’ve felt that way at a screening in many years was a Chicago preview of Colin Trevorrow’s “The Book Of Henry,” an overstuffed, genre-leaping monstrosity that has great ambition and very little taste, most of it piss-poor. Then, for a day and a half I forgot how to write. It felt just a little, for a while there, like losing the will to live, honestly, contemplating “The Book of Henry,” fingers frozen above the keyboard in a second, resonating shock to the system. Trevorrow’s third feature (originally slated for a September 2016 release) and follow-up to “Jurassic World” is all block-blunder instead of blockbuster, as if the most pretentious formal instincts of Tom Tykwer were smeared atop the most  melodramatic instants of Steven Spielberg’s work, in something like seven, maybe more, dissonant narratives. (Why pay for one bad movie when you can have seven in 105 minutes?)

“The Book of Henry” gets up to speed in one of its tales, it’s like it fell down, then it dreamt itself some more. Naomi Watts’ long-suffering forehead plays single mother to two boys in a picturesque autumnal upstate New York hamlet called “Calvary.” She works at a picturesque diner, her only confidant a perennially drunk waitress (Sarah Silverman) with an outsized, disfiguring red tattoo of what may or may not be a heart within her pushed-up cleavage. Jacob Tremblay, of “The Room,” plays the youngest son with pop-eyed moppet watchfulness from behind glasses that turn him into a colorless rendition of Ralphie from “A Christmas Story.”

The first son, the “Henry” of the title, is played by Jaeden Lieberher as a saintly towhead who would grow to be a lot like Bill Gates with all the added smuggery of a career politician if he weren’t quickly snuffed, a monumental child prodigy who has made the family something like millions from his play in the stock market. He’s also built a treehouse out back filled with lame Rube Goldberg-like contraptions. The dense but distracted level of design suggests the result if Wes Anderson executive-produced a revenge-thriller child-rape exploitation weepie. Oh, and Henry’s also a stalker, observing every move of the nearly mute, beautiful, doe-eyed, Veronica Lake-hair-covering one eye, gifted dancer-girl-next-door, whom he’s convinced is being molested by her single stepfather, the town’s police commissioner whose brother turns out to be the local child welfare supervisor.

Henry is diagnosed with a brain tumor—which he knows more about off the tip of his tongue than the attending doctor does. Where are we, twenty minutes in? Unbeknownst to mom or to the movie to that point, Henry has spent his last days of consciousness sketching an intricately detailed plan for his mother to follow after his death, which involves murdering the police commissioner with a long-range rifle in the woods while the rest of the town is at a children’s talent pageant called “Calvary’s Got Talent.” This is the Book… Of Henry. (Coincidentally, “Exorcist II” boasts its own pageant, with a tuxedo-costumed tap-dancing Linda Blair fainting from an abrupt burst of possession, intercut with a blazing fire at an orphanage.)

As for the rest of “Henry,” imagine, say, “Extremely Loud & Incredibly Close” meets “Simon Birch” while leaning upon “Rear Window” with tin-eared child endangerment drizzled on top. And that’s just the armature of this strange object. Naomi Watts says she was attracted to novelist and comic-book writer Gregg Hurwitz’s screenplay for all this manic shapeshifting: “I loved how it had a foot in many different worlds,” Watts told the New York Times. “One minute it’s a sweet family movie. Then it moves into some complex dramatic moments, and then it takes some surprising twists into the suspense-thriller genre.”

“The Book of Henry” is a world-class disasterpiece, bad, bad, bad, and is no mark at all on the $10 million-budgeted class of drama that is all but extinct. It’s just bad, bad, bad. But Trevorrow’s already moved onto his next indie project: “Star Wars: Chapter IX.” As for Frank Casey, he moved on to his reward decades ago, which is surely not limited to not getting pummeled after a screening of “The Book Of Henry.” 105m. (Ray Pride)

“Book of Henry” is now playing.