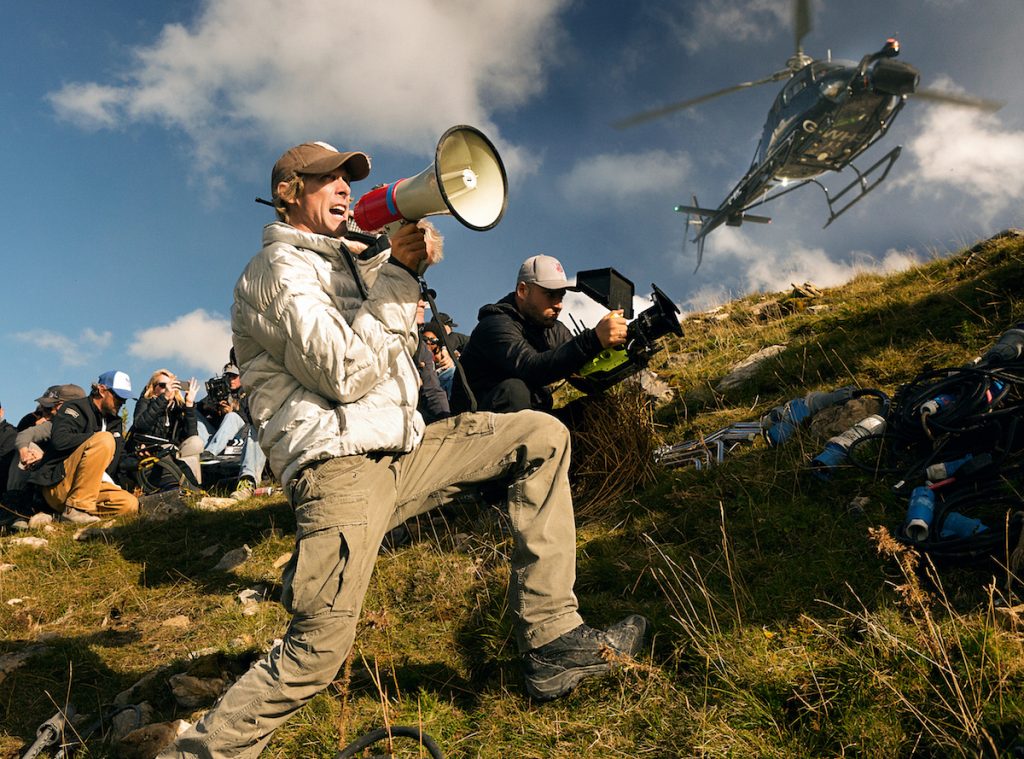 Has it only been five “Transformers” movies? After the two-and-a-half busy, bold and berserk hours of “Transformers: The Last Knight,” it feels there are at least fifteen. There’s careening genius in the antic too-muchness with it onslaught of zoom and crash, of non sequitur and nonsense under the graphomanic hand of Michael Bay: if he could only use his gifts for good! I’m tempted to recommend this ADHD farrago (with six key editors credited), but The New Yorker’s Richard Brody pretty much preempts any description I could muster in under an afternoon: “Bay has an authentic sense of the gigantic; beside the playful enormity of his Transformerized universe, the ostensibly heroic dimensions of Ridley Scott’s and Christopher Nolan’s massive visions seem like petulant vanities.”Brody continues, “All the best moments in the movie—pure images, devoid of symbol and, for that matter, nearly empty of sense—go by too fast, are held too briefly, are developed too little. Bay’s highest inspirations are those of a virtually experimental filmmaker of pure sensation; the rush of sensation is also a temptation for experimental filmmakers who often don’t keep their own images onscreen very long (cf. Stan Brakhage). The absolute tastelessness of Bay’s images, their stultifying service to platitudes and to merchandise, doesn’t at all diminish their wildly imaginative power.” Complications seethe and compound. Both literally and figuratively, there are thousands of moving parts.

Paramount shorthands the movie by puffing that it “shatters the core myths of the Transformers franchise, and redefines what it means to be a hero. Humans and Transformers are at war, Optimus Prime is gone. The key to saving our future lies buried in the secrets of the past, in the hidden history of Transformers on Earth. Saving our world falls upon the shoulders of an unlikely alliance: Cade Yeager (Mark Wahlberg); Bumblebee; an English Lord (Anthony Hopkins); and an Oxford Professor (Laura Haddock).” Before we meet up with the unlikely alliance, there’s epic prologue, a last-gasp battle by the Knights of the Round Table, transformed by the discovery of machines from planet Cybertron by Stanley Tucci, as a drunken Merlin who’s wandered in out of a medieval Monty Python moment. (“Oh God! I’m sozzled. One last nip!”)

Before the evening’s done, Bay and his credited screenwriters (beginning with, of course, the dread Akiva Goldsman) incorporate Panagea, Stonehenge, Nazis, the usual. A pissy C-3PO-knockoff butler robot amuses busily, including the introduction, “What’s with the C-3PO knockoff?” Wahlberg and Haddock chase manuscripts and swords with “Da Vinci Code”-like tenacity; Hopkins reveals that almost all of human history in the past millennium has been attained through secret collaborations between the escapees from Cybertron and an elect human cabal, including, sure, Da Vinci, Mozart, Shakespeare, Stephen Hawking, Sam Witwicky and Harriet Tubman. Bumblebee? Went after Nazis in World War II. How did Hitler die? Autobot watch got him. Collectively, the Autobots are the universe’s most accomplished Forrest Gumps. And it is Michael Bay, after all, with a plentitude of opportunities to ogle the female characters, including a teenage waif.

There’s also an eccentric parallel with “Fate of the Furious,” “T5” also has a chase sequence including a mothballed period submarine shearing its moorings to slide back into the sea. “Jumping the submarine,” is that the new thing? Ask Anthony Hopkins, who at seventy-nine, cackles with relish at the most ridiculous jokes and the most high-octane chase scenes over the London Bridge. The Telegraph’s Robbie Collin’s four-star-out-of-five review says in one paragraph what I’ve been saying in more: “Critics aren’t supposed to get excited about ‘Transformers films,’ because they’re garish, pandering, chaotic, materialistic, hawkish and salacious—as if these are necessarily bad things—and just generally out to tear down the septième art as we know it. Well, sorry: if you’re not staggered by the technique on display here—the stuff that sets Bay’s work miles above the ‘Fast & Furious’es, ‘X-Men: Apocalypse’s and Tom Cruise-chasing Mummies of this world—you’re not paying attention.” I’ll smile at both Collin and Brody, but still… If you’re going to see “Transformers: The Last Knight,” you know who you are already. With the voices of Ken Watanabe, John Goodman, Frank Welker, Jim Carter, Omar Sy, Peter Cullen. 150m. Widescreen. Reviewed in 3D. (Ray Pride)

“Transformers: The Last Knight” opens Wednesday, June 21 in an assortment of formats, all of them loud.