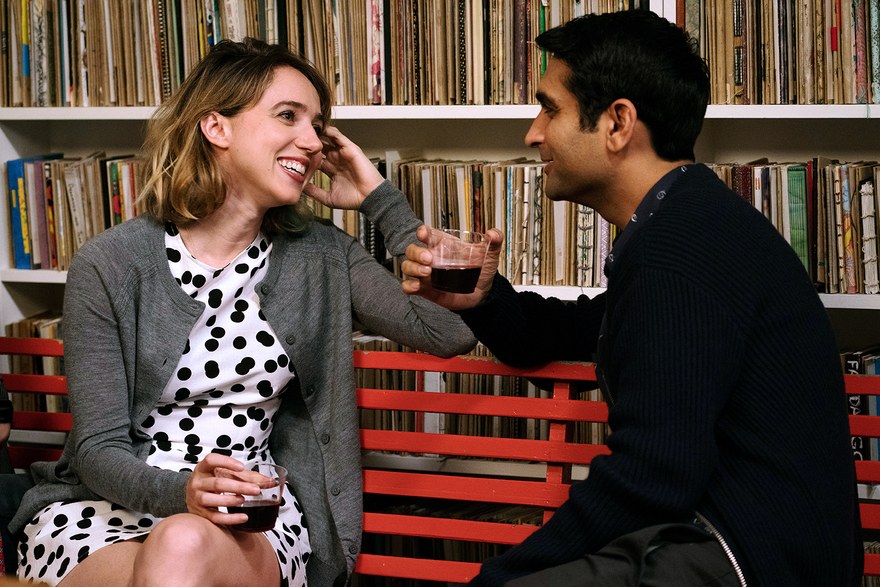 Boy meets girl: Pakistan-born comic (Kumail Nanjiani) defies emigrant family in falling for an American grad student (Zoe Kazan). The stuff of stand-up plays out in comic form. Commentaries flourish already about the cultural content about arranged marriages and cross-cultural dating, but despite a few narrative annoyances, such as a pileup of climaxes, the all-American “The Big Sick” is one of the best-edited comedies in memory. Plates are spun with alacrity. There are so many implications within Michael Showalter’s filming of Nanjiani and Emily V. Gordon’s screenplay, based on their own courtship, that could have sputtered or confounded without the amazing scene-to-scene, shot-to-shot timing of its jokes and sobs. The title’s riff on “The Big Sleep” comes from the movie’s abrupt turn from elevated stand-up humor to potential tragedy, as Emily (Zoe Kazan) falls into a coma. That narrative whammy allows the introduction of Emily’s parents, inhabited with consummate force and uncommon charm by Holly Hunter and Ray Romano. (Yet until a key confrontation with his father, Nanjiani’s family are portrayed as annoyances.) Showalter’s staging is perfunctory, but it hardly matters, even if sets and settings tell little of the characters, with the New York-shot story placed in a Chicago of no distinction. Setting a scene in a New York Fairway grocery is the most glaring of the sore thumbs, which include apartments, comedy clubs and streets that stage whisper “New York! New York!” Zoe Kazan is given her due as a performer, with one particular scene, one very special moment, concluding on her face alight with the most luminous of smiles. 119m. (Ray Pride)

“The Big Sick” is now playing and will go wider in coming weeks.