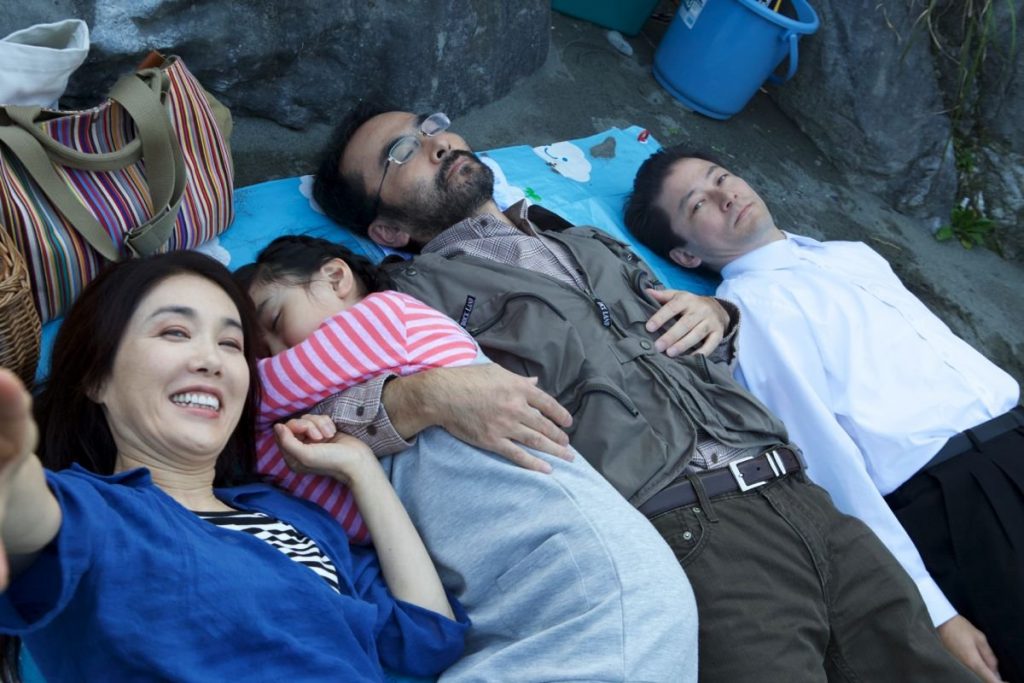 Writer-director Kôji Fukada’s elegant, bleak “Harmonium” (Fuchi ni tatsu) is a sinister and suggestive thriller about the raw power of secrets, Hitchcock material conveyed with the formal calm of a latter-day Ozu. For the first portion, a working-class Japanese family that lives largely in silence and solitude, a portrait of both calm and dread, is wrenched by the arrival of a tidy but tightly wound stranger (Tadanobu Asano), an ex-con who is hired to teach their small daughter to play the harmonium. All hell breaks loose as he’s revealed as the former accomplice of the machinist father (Kanji Furutachi), with a level of potential tragic extravagance that approaches the Greek, with the dynamic between husband and wife (Mariko Tsutsui) as frightening as anything else. The grim mood dances, dances daintily along a line separating comedy and tragedy. The second part, eight years later, grows darker still. The mood and tone captivate in its shifts of mood and brood and intermittent fancifulness. With Taiga, Momone Shinokawa, Kana Mahiro. 118m. (Ray Pride)