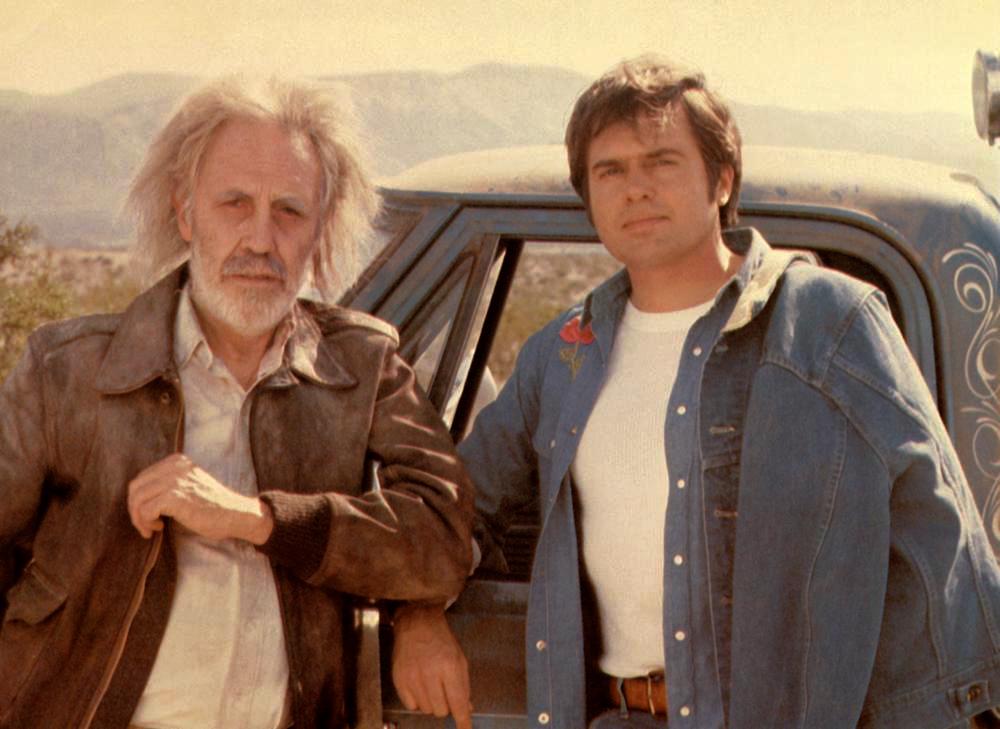 Even after becoming one of the studio system’s most successful directors, Jonathan Demme liked to see movies in a crowd, a crowd of citizens, saying things like, an audience is smarter than any given member of the audience, they’ll respond, react, laugh, jump more quickly than you would all by yourself. You’d share the dream. In a career that spanned features, documentaries and sterling music videos, Demme shared an idealistic dream of how life is lived around the edges, how individuals clustered into communities. This is demonstrated with breathtaking fluency in his eleven-minute video of New Order’s “The Perfect Kiss,” as one-by-one, a group of workers prepare and execute a job: a song. Demme took that to a larger scale with “Stop Making Sense,” as the stage slowly fills across the course of a concert with ever more musicians, ever more sounds. In the book “Acting Now,” Spalding Gray told interviewer Edward Vilga of “Swimming To Cambodia,” “We had the live audience, but there were three 35mm cameras in the way. I kept looking past the cameras at the audience… Demme gave me one direction the last night we shot. He said, ‘Be generous to the camera tonight,’ and at last it occurred to me that if I looked in the camera, I would be looking at the audience, because that would be the viewer in the cinema. Then I put everything into the camera.”

In remembrances after Demme’s death in April at the age of seventy-three, that sort of clean, understated technical mastery came up again and again about his work. But this is not the mysterious part of Demme’s mature filmmaking, the streak of which began in earnest nearly forty years ago with the dramatic comedy “Melvin and Howard” (1980) from a screenplay by the great Bo Goldman (“One Flew Over The Cuckoo’s Nest,” “Shoot the Moon”). How do you convey with such effortlessness so much goofiness and goodness, tell tall tales that capture American optimism and flawed but ever-optimistic Americans? How to be wide-eyed without being a sap? Drawing on a news story about a short-on-luck working-class dreamer named Melvin Dummar (Paul Le Mat) who, after a brief encounter with a scruffy old man named Howard (Jason Robards) in the desert outside Las Vegas, winds up producing a will that makes him the apparent beneficiary of $156 million from Howard… Howard Hughes. Demme and Goldman sketch their characters as screwballs with heart, and the strange land of Utah as a place where Melvin and his daffy dreams can bloom. There are marvels to come in the Demme filmography, but this one’s not only a template for the years of work ahead, but also a genuine delight all on its own. 95m. (Ray Pride)