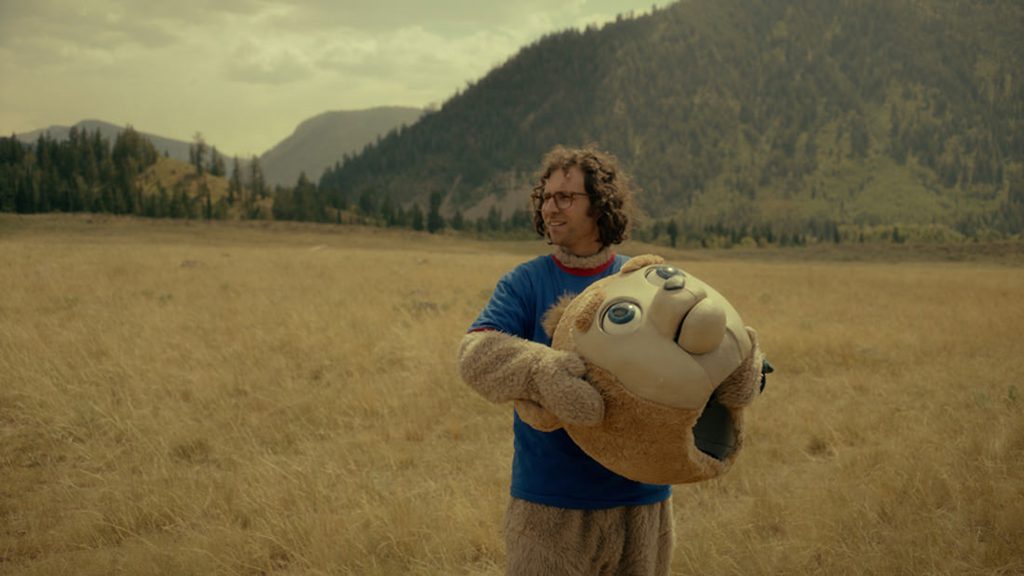 The first half hour or so of “Brigsby Bear” is aggressively annoying, an amalgamation of bits and pieces of “Dogtooth” and “Starman” and “The Truman Show.” At its most unbearable, the feature debut of “Saturday Night Live” writer-director Dave McCary comes across as almost the platonic ideal of a Sundance “indie,” toppling with riffs and notions that don’t wholly play out, with central characters whose actions manage to be at once grotesque and milquetoast.

“Saturday Night Live” veteran and co-writer Kyle Mooney, written as twenty-five but looking a creepy, shaggy forty-plus, plays James, a man who was kidnapped at birth and held captive his entire life by Ted and April, a couple (Mark Hamill, Jane Adams) who provide him with a fantasy world where all lessons and lore are handed down in palatable brainwash form as weekly videotapes of the adventures of a bizarre children’s show starring a character named Brigsby Bear. Ted, we learn in a flash, wrote children’s books at one time. Wrenched into the modern world, James is a stranger in a less-strange land, the suburban wilds of Salt Lake City. The text, rather than subtext, is about the lure of fandom, and insulation from a larger world. Or maybe it’s a parable for how artists are forged, if you insist. When James decides to become a filmmaker with the help of a younger sister and her teenage friends, “Brigsby Bear” spits to fitful life. Even then, the comic dialogue is mostly forced. Even “Brigsby Bear”’s twinkles toward happiness are more indicated than earned. The faux theme song, played out under the end credits, is chillingly wistful. With Beck Bennett, Claire Danes, Jorge Lendeborg Jr., Greg Kinnear, Kate Lyn Sheil, Ryan Simpkins, Matt Walsh, Michaela Watkins. 97m. (Ray Pride)