“Nobody knows anything,” is the best-known observation from screenwriter William Goldman’s crackerjack 1983 memoir, “Adventures in the Screen Trade.” “Not one person in the entire motion picture field knows for a certainty what’s going to work. Every time out it’s a guess and, if you’re lucky, an educated one.”

What does anyone in the consolidating/exploding, expanding/contracting movie industry know now? Does it matter whether the average consumer has any consciousness of how the century-old theatrical exhibition business and a movie’s digital afterlife affects what movies will be made today and tomorrow? There is a precarious balance, of movies getting made, or being made and not getting distribution—the largest percentage of stuff dropped by film festivals small and large—or getting made and dropping like a stone—the fifth “Pirates of the Caribbean,” the fifth “Transformers,” Tom Cruise running across one more landscape on “The Mummy”—or getting produced but then dropped with hardly a ripple into the vast hopper of hundreds of hours of programming that is Netflix.

Even as that streaming service cancelled its most expensive series—Baz Luhrmann’s “The Get Down,” the Wachowskis’ “Sense8”—big budget movies are still in their pipeline, including two reportedly $50-million-budgeted pictures co-produced by Brad Pitt’s Plan B: David Michôd’s Iraq war satire “War Machine,” and Bong Joon-ho’s brilliant but bizarre, tender yet bloody, cheeky and profane kid’s-movie-for-no-kid-ever “Okja.” Stars and spectacle in both, and in the case of the latest from the South Korean Spielberg, big, bumptious filmmaking for both a crowd and for those who admire a discernible artistic signature. But big pictures are not the Big Picture. (Netflix expanded on its ambitious slate of forty or more modestly-scaled pictures, as reported by the Washington Post on July 19.)

For the bulk of its non-series programming, Netflix, calculating, secretive and ultimately capricious, has been buying up completed documentaries and already-produced features, up to fifty in the coming year, to drop onto the service late on a Friday night in all its territories around the world, to hardly any conversation. (Executives have been recruited to marshal more original features.) “It’s Netflix, not cinema”: the streamer offers a perverse echo of the old slogan, “It’s not TV, it’s HBO.” The company has to stay on top of its much-reported $6-billion-plus annual spend, but also to sustain its subscription model at an average $100-$120 annual fee, in order to prevent churn of both subscribers and investors. “I’m not trying to keep anything away from theaters,” Netflix chief content officer Ted Sarandos said in May at the Milken Global Conference. “People mostly want to have access to the content when it’s top of mind.”

In a very specific way, streaming and that promoted illusion of instant access to anything ever at all times, may be worse than piracy for the industry. As with streaming music services like Pandora and Spotify, the perceived abundance devalues the individual work, as well as the investment necessary to make more. Some consumers have come to believe that it is possible to cut the cord, shed the cable box, and have the entire world stream to you online via Netflix, Amazon Prime, FilmStruck and Hulu, where the four conglomerates, Disney, 21st Century Fox, Comcast and Time Warner collaborate. (This may account for the reported statistic that peer-to-peer torrent traffic of pirated material is ten percent of what it was a few years ago.) A partial history of cinema and television, and peak TV to boot, is valued at a barefaced $9.95 a month, less than a single movie ticket almost anywhere.

The studios have their own notion to throw onto the volatile mix: chipping away at the traditional sixty-to-ninety day window between a movie’s theatrical release and its availability on any other platform. As streaming eats away at the last chunk of the collectible business on DVDs and Blu-ray, five of the key six distributors—Sony/Columbia, Comcast/Universal, Warner Bros, 20th Century Fox, Viacom/Paramount, are prepared to shorten the theatrical release windows before movies are sold on VOD (video-on-demand), alongside Lionsgate and smaller companies. (Disney, also home to Pixar, Marvel and Lucasfilm, says no, thank you, we’re fine for now.)

Without consulting the companies’ internal figures, the motivation appears to be a reduction in advertising outlay—one set of ad buys would cover the theatrical release, then VOD in twenty-five days, then digital downloads soon after. Digital download sales could then begin two or three or four weeks before physical product is available, a practice begun by Fox Home Entertainment. (One might assume that the sale of downloads, whether they run high or run low, would be factored into how many Blu-rays or DVDs are then manufactured.)

How powerful, really, are the exhibitors, like AMC, Regal and Cinemark, to resist the studios that hope to wreck the established windowing system? Who’s got the most money to throw at a crisis to make it even worse? It’s important to remember how quickly the studios and theater chains dispensed with a decades-established workflow of 35mm film production, distribution and projection.

In previous economic downturns, dating back to the exuberant 1980s over-expansion of new theaters by the likes of the since-disgraced Canadian entrepreneur Garth Drabinsky, with his Cineplex theater chain, exhibition crises led to bankruptcies. Then, when successor companies bought the bricks-and-mortar, they were free to borrow against the properties without the weight of the prior debt. Drabinsky’s nature, pyramiding and borrowing from one investment to sustain another, seems of systemic rather than personal nature: once you allow a handful of buccaneers to proceed on such a vast scale, the inevitable tides of trends and international economic fluctuations almost guarantee failures on a vast scale. Netflix is only a few years old, turning ten at the end of this month.

The sustainability of viewing movies in theaters among simpatico strangers isn’t beholden to a few wild men like Drabinsky today, but to the needs of vast, mercurial corporations. What if the Chinese conglomerate Dalian Wanda tires of its AMC theaters, once it has incorporated the American-designed management and food service and construction and design elements for its theaters not only in China, but in the theater chains it owns across the world? The Beijing-based company, through AMC, owns more than twelve percent of the world’s cinemas in fifteen countries, after its January acquisition of Nordic Cinema Group for almost a billion dollars. Wanda/AMC in November were approved to buy Odeon and UIC in UK, for $1.2 billion. That’s a total of 632 sites and 7,500 screens worldwide essentially in the control of a single investor. Wang Jianlin, China’s richest man, wields substantial power, but still the country’s president Xi Jinping’s currency controls earlier this year forestalled Wanda’s billion-dollar buy of Dick Clark Productions as well as Shanghai Film Group’s promised billion-dollar infusion into Paramount Pictures. The Financial Times reported that some $75 billion of China-originated overseas deals were cancelled in 2016 across all industries. Reports state that China doesn’t want money going offshore, but to stay in the local economy. It’s not even a concern about money laundering, but about the stability of the Chinese economy. (On July 17, the Wall Street Journal reported that China had blocked banks from financing many of Dalian Wanda’s deals, including the ones described above.) Plus, despite the casual invocation of box-office receipts, the return from China to foreign movie studios is disproportionately small, the wave of new theaters are under-attended, and exhibitors and theater managers cheat and steal. (The East is an illusion.) 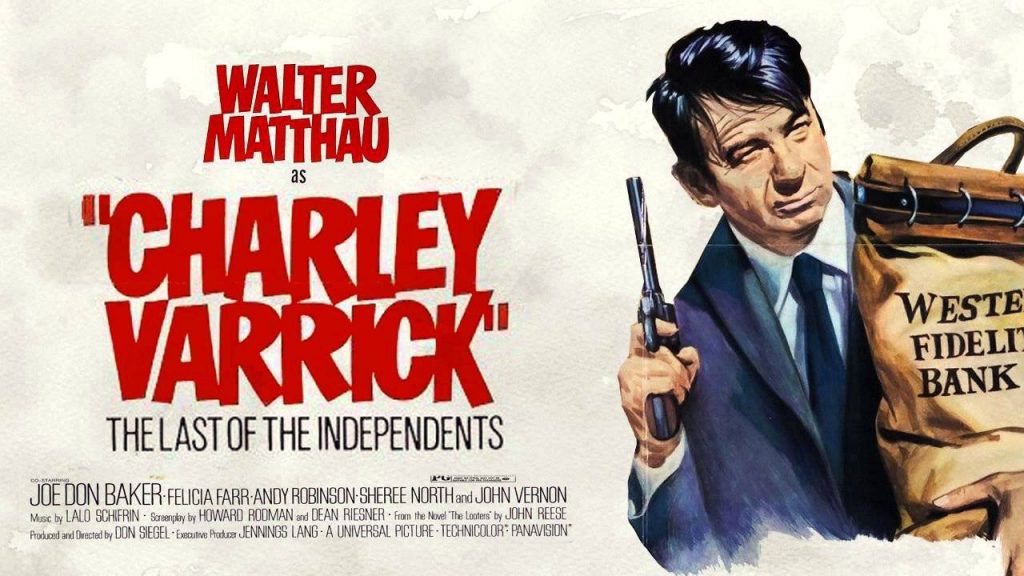 “Go big or go home could be Wang Jianlin’s motto when it comes to movie theaters. The Chinese billionaire is now the world’s largest operator of cinema screens, but just as another of his acquisitions awaits antitrust approval, consumer preferences are shifting to online,” Bloomberg reported in December. “To bolster its iTunes business, Apple Inc. is pressing Hollywood studios for faster access to new releases, while 21st Century Fox Inc. and Comcast Corp.’s Universal Pictures are looking to cut the time from a movie’s exclusive showing in theaters to when it’s available online or on DVD from about three months to as little as two weeks.”

And what bright light shines on any horizon? Who, for what this brief moment, can satisfy the everyday cinephile hoping to have uncommon cineastes producing innovative and provocative and gorgeous cinema? In a world filled with dreams as well as real estate and stock transactions? Patrons. For a flicker of a flame, benevolent millionaires have always doled money to their own ends. This was a pattern with much of the so-called indie boom in the 1990s. Individual producers or investors, aligning with the perceived prestige of moviemaking, put relatively small sums, for themselves, into motion pictures. Among a handful of enterprises, moviegoers have the still-young A24 (“Moonlight,” “A Ghost Story,” “Good Time”) and the just-born Annapurna Pictures (“20th Century Women,” “The Bad Batch,” “Detroit”) to look to for a sustainable contemporary model, or maybe, just to fall to as-yet-unimaginable catastrophes. The most grandiose historical example is the Walt Disney Company allowing Miramax such reign: how many films, how many bunk investments, how many tens of millions of finished films were shelved when the Weinsteins were eventually let go? Dozens of pictures, tens of millions of dollars. The dysfunction functioned because Midas had a much more major Midas behind him.

The sums of money have always been ridiculous and the deals behind any given movie almost invariably make for more fascinating stories than the final result. “Money into light” is the John Boorman phrase I can never shuck. More money, more light: The world’s almost-richest man Jeff Bezos wants to send a man to Mars, but also to the Dolby Theatre on Hollywood Boulevard. All that money from optimizing the shipping of packages across the United States, and for the moment, one of the most ingenious approaches to keeping all the facets of the moviegoing experience alive. Amazon Studios releases movies in theaters (with windows calculated case-by-case) through multiple distribution partners before streaming them to Amazon Prime subscribers. Alongside the immense shift of nearly tectonic quantities of cash, movies, almost an afterthought, a thing of play, a footnote on balance sheets, continue to be produced, until the next waves and currents and jolts up-end everything we liked to think we knew before.