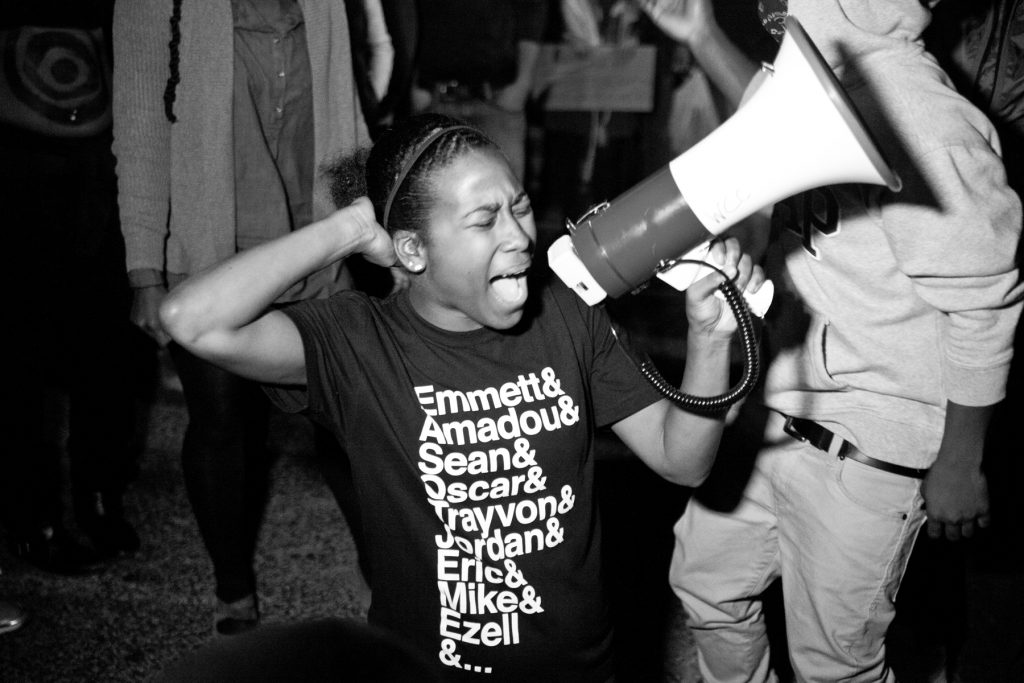 You are there? We are here. “Whose Streets,” Sabaah Folayan’s vital, intimate, mesmerizing documentary (co-directed by Damon Davis) about the weeks and months after the August 2014 police killing of teenager Michael Brown, Jr. in Ferguson, Missouri, lacerates and indicts as it finds its contentious form, as direct as an upraised fist. Its portrait of almost-as-young community leaders aligning to seek justice in a notoriously unfair state resonates as residents protest and the National Guard rolls in military-grade weaponry to keep a peace. Narration-free, told with acute heed to location, atmosphere and the human face, “Whose Streets?” also abounds with smartphone video composed by those behind the lines. Its fabric is rich with ragged beauty, raw and ready. “Streets” also abounds with home and cellphone video drawn from those behind the lines. The activists onscreen are ready for what may come. Director of photography Lucas Alvarado-Farrar told Filmmaker magazine that the film’s style is two-fold. On one hand, “to capture the chaos and violence caused by police at the protests and the resolution and grace in which ordinary people stood up and voiced their grievances. On the other hand, it was also to contextualize these tense stand-offs between citizens and the government within a local history as well as within a larger historical narrative. 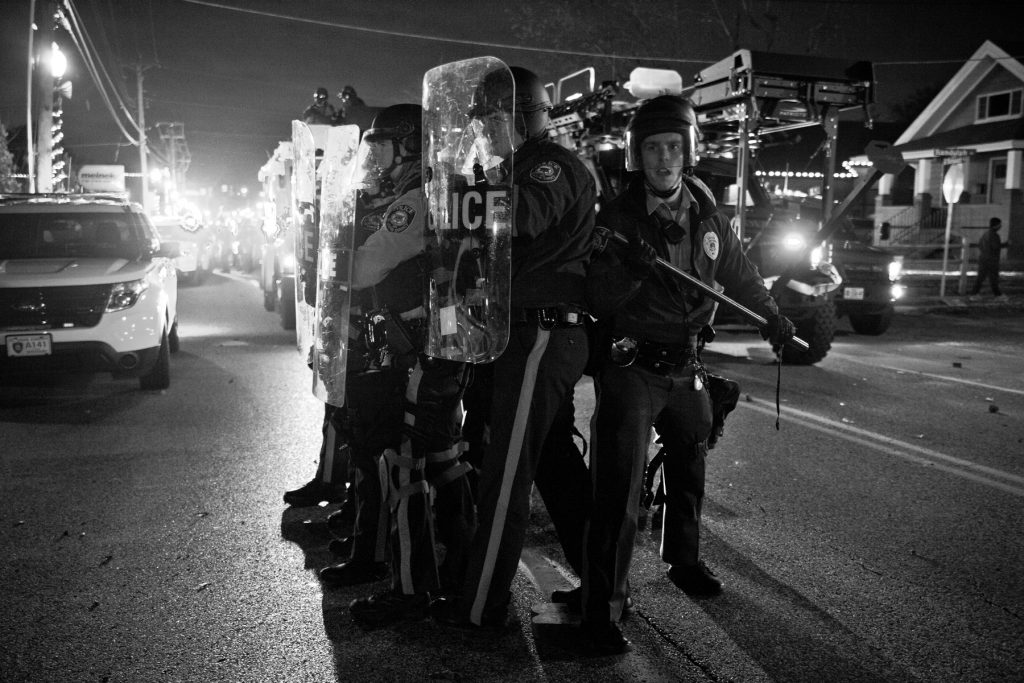 “The streets are often shot at night, handheld and with a lot of movement as filming the scenes required avoiding being arrested just for filming. We wanted people to feel what it was like to stand against riot police with guns, batons and tear gas, to feel the courage of having to face these officers night after night with nothing more than your voice. The contextual scenes show people in their spaces, doing the work behind the protest actions, it is steadier, sometimes on sticks and often with a longer lens.”

Alvarado-Farrar cites a wicked range of worthy influences: photographers Susan Meiselas, Sebastião Salgado and Gordon Parks. Goya. “Cartel Land,” “The Russian Woodpecker,” “Winter on Fire,” “The Square.” Not giving away much to say the film ends with one more quotation of many, from the Declaration of Independence, and its words, as they will, sear. 100m. (Ray Pride)