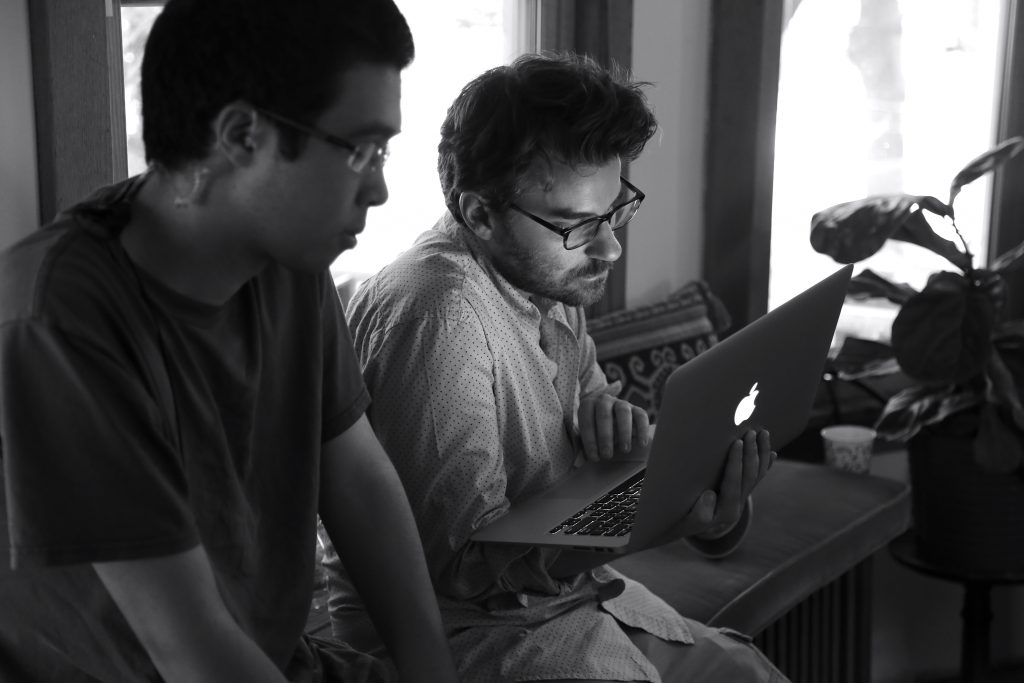 A watchful admirer of modern classical filmmakers like Robert Zemeckis and Jonathan Demme, the ardently cinephilic thirty-seven-year-old writer-director Stephen Cone’s seductive, character-rich movies examine identity and belief with understated grace, often with young protagonists teeming with doubt and often a knife’s edge from tragic circumstance. His latest feature, “Princess Cyd,” has its local premiere at the fifty-third Chicago International Film Festival in October. Cone’s next, larger-scale project, “Nudes,” is set in the world of sort-of-grownups, as a renowned photographer moves back to her small South Carolina hometown and embarks on a series of nude portraits of locals. Like many other of his Midwestern filmmaking contemporaries, Cone’s path is as idiosyncratic as his work, which he outlined for me.

How has your career depended on others? You’ve described your beginnings as an obstinate not-filmmaker, learning technique slowly, choosing to move forward with your own learning curve.
My career has first and foremost depended on myself, in that rationality and reason did not dictate my ever even making “The Wise Kids” (2011). I had an idea of where I was going, a stubborn refusal to believe I wasn’t cut out for it, even as I was facing two short films, an accidentally medium-length feature and a proper full-length DIY feature, none of which did anything for me professionally; that is, beyond a niche reputation of a Chicago artist following things through to the end, success or not. I made four intended calling cards in a row, but they weren’t serving as such in any traditional sense. “In Memoriam” did, however, reveal to my future casting directors that I had some knack for performances, and that project sealed the deal in being able to work on “The Wise Kids” with Paskal Rudnicke Casting. They loaded up my semi-autobiographical narrative, as accessible a script as I’ve written, with brilliant and hungry Chicago talent. 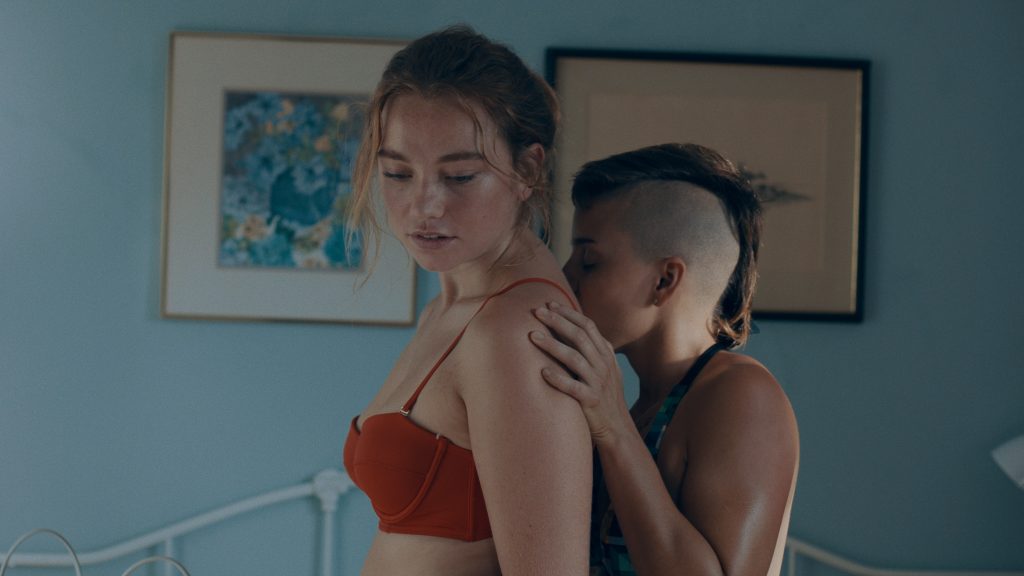 Great casting directors don’t guarantee success, though.
Casting directors don’t determine a future for a film, and filmmaking-wise, without any formal education or mentor, the entire first four or five years was very much like learning to swim on my own, just in terms of artistic success and reception. There’s an essential tension from early on that I’m only now realizing. Filmmakers rely on cultural industry gatekeepers more than with other forms, and an understanding of this paralleled my early lack of understanding of craft. This, alongside strongly felt cinephilia, slowed me down. I wonder if I wasn’t so desperate to appeal that I lost a sense of patient, balanced training.

You turned to autobiography.
It was only when I turned toward autobiography that the gatekeepers started calling. I didn’t submit “The Wise Kids” to Sundance—to date my only and biggest regret—but Sundance programmers found it after the fact, and became my biggest champions then. Sundance programmer Kim Yutani was the chief programmer at Outfest during that time, and found “The Wise Kids” in a pile. She wrote me, basically saying, I’ve never heard of you and I can’t believe I just found this movie at random in our pile. It went on to win Best U.S. Feature and Best Screenwriting at Outfest, from a jury that included Sundance programmer David Courier. Kim and David both became champions of the film, in many ways saving me from failed, early 2010s oblivion. And around this time came the Roger Ebert reviews, for both “In Memoriam” and “The Wise Kids,” which were published within five months of each other, in 2011. These sealed the deal, motivationally.

But your films were perceived as being…
Despite the championing of “The Wide Kids,” it was still stuck in a niche LGBT space, so awareness in the general New York City-based indie scene was limited. As Joe Swanberg has said, if they don’t know you in New York, you’re not known. In the fall of that year another very important person came into my life, when Brooklyn-based critic Aaron Hillis saw “The Wise Kids” at Sidewalk Film Festival in Birmingham, Alabama and started championing it to non-LGBT spaces, even going on to book it in New York at his now-defunct ReRun Theatre in DUMBO. A New York Times Critics’ Pick followed and suddenly I felt I was having a debut film experience. Six years after making my first short!

So you were off to the races.
Well, my next film, “Black Box” (2013). was supposed to be my grand follow-up, but instead performed about as well as my early, unsuccessful efforts. Two medium-length experiments of different kinds followed, as I gave myself time to figure out my next step. A significant thing that happened during this time was that Chicago International programmed me for the very first time, taking one of those smaller efforts, “This Afternoon,” a sixty-six minute feature inspired by a short I’d made with my Acting Studio Chicago Cinema Lab. Programmer Mimi Plauché and Anthony Kaufman became local champions. At this point, it’s nearly a decade since my first short. 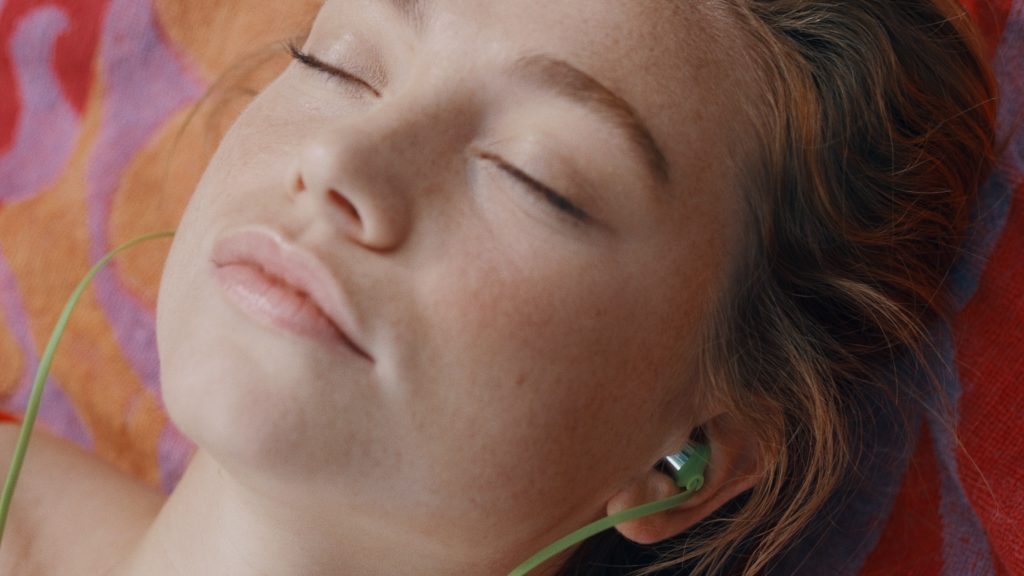 “Henry Gamble’s Birthday Party” (2015) is when things started to seriously change for me, and I attribute this entirely to Eric Hatch at the Maryland Film Festival and the BAMcinemaFest team at the time, of Nellie Killian, Gabriele Caroti, Ryan Werner and David Reilly. The festival is largely a springtime showcase for Sundance, Berlin and South by Southwest titles, but one or two slots in these fests are reserved each year for discoveries. With “Henry Gamble” and “Princess Cyd,” I had the great and rare fortune of getting one of those slots, not once but twice. This allowed me to hop on the hype bus a little late, but with no less interest from others. It’s a path almost entirely unique to me, which makes me feel very strange yet very gratified. These are the people and these are the films that have given me whatever current rep I have in indie film, and in many ways the slow-burn championing I’ve received in these regions has been the exact, positive, opposite of the slow-burn struggle between 2005 and 2010. Then I’ve had the great fortune of being distributed by LGBT distributor Wolfe Releasing three times in a row, even when the films aren’t even that gay. For a journey that has been almost unbearably slow at times, I suspect this cumulative effect, and this building of champions, has actually been better for me in the long run than having an early success. From where I sit, at least, that seems to be true.

“Princess Cyd” will have a theatrical run, likely later in the fall, after its CIFF premiere.