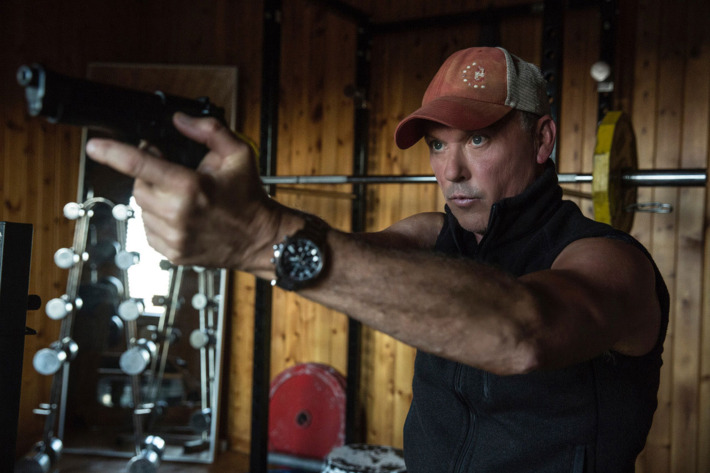 What an obscenity. Call it “The Bourne Abortion.” I slunk lower and lower in my seat, nearly to the floor, as the nuclear device in “American Assassin” detonated across the ocean floor near Italy after a sadistic but airless hour-and-a-half of hand-to-mouth terror-action shenanigans drawn from a long-selling series of airport novels. I chose to fly blind into “American Assassin,” and boy, was I not expecting this brand and level of turbulence. I was ever so briefly ready to mildly up my estimation after witnessing the firepower in the end credits, revealing director Michael Cuesta (“Kill the Messenger,” “Homeland”) and co-writers Stephen Schiff (“Lolita,” “The Americans”), Edward Zwick & Marshall Herskovitz (“The Siege,” “Special Bulletin,” “thirtysomething”) and Michael Finch. Zwick and Herskovitz had honorably engaged with the idea of the militarization of America after an attack on New York City, three years before 9/11 in “The Siege” (1998), and “Special Bulletin” (1983) captures a newscast covering a hostage situation with nuclear weapons. Cuesta’s crunchy 2014 take on the 1990’s investigations of alleged CIA drug-running by late journalist Gary Webb struck the right narrative and political notes. “American Assassin” is a blunt instrument, a grab-bag of posturing, pistol porn and pistol-whipping porn, more grimy than gritty, and graced by a self-savaging performance by an alternately murmurous and barking Michael Keaton as a career trainer of assassins who must watch Anthony Hopkins’ Hannibal Lecter on a loop. Keaton’s relish when he bites off the ear of a pontificating protégé-turned-adversary, masticates briefly then spits the flesh into his face, belongs dead in the center of any future awards reels for the gifted but weary actor. It wasn’t a good time or a good moment, watching this choppy, cynical pulp the night after 9/11, after a weekend in which Trump reportedly mused again about his desire to use nuclear strikes as often as he likes. The twinky lead saves the world, and the movie shrugs at the nuclear aftermath, perhaps so the next installment could be set in a largely abandoned Europe, turned into a stylish Chernobyl where cars can race and spin through empty streets filled only with emotionally damaged American assholes and bad guys and their mistresses, again to be displayed padding around naked, right before a cool evening’s garrote or headshot. Dispatch them with dispatch. With Dylan O’Brien, who may someday be able to grow a beard, Taylor Kitsch, who can, after a fashionable fashion, Sanaa Lathan, Shiva Negar. 112m. (Ray Pride)

“What an obscenity. Call it ‘The Bourne Abortion.'”

I am deeply offended by this remark. Women have fought heroically for decades to obtain the right to choose legal abortion as a family planning option. Your patriarchal, atavistic attitudes toward this vital medical procedure only betrays your misogynistic biases and is reflective of the primitive stigma that men hope to permanently attach to abortion in order to keep women barefoot and pregnant.

“I was ever so briefly ready to mildly up my estimation after witnessing the firepower in the end credits, revealing director Michael Cuesta (“Kill the Messenger,” “Homeland) and co-writers Stephen Schiff (“Lolita,” “The Americans”) Edward Zwick & Marshall Herskovitz (“The Siege,” “Special Report,” “thirtysomething”) and Michael Finch.”

This is a painful sentence to read. Remember, brevity is the soul of wit.