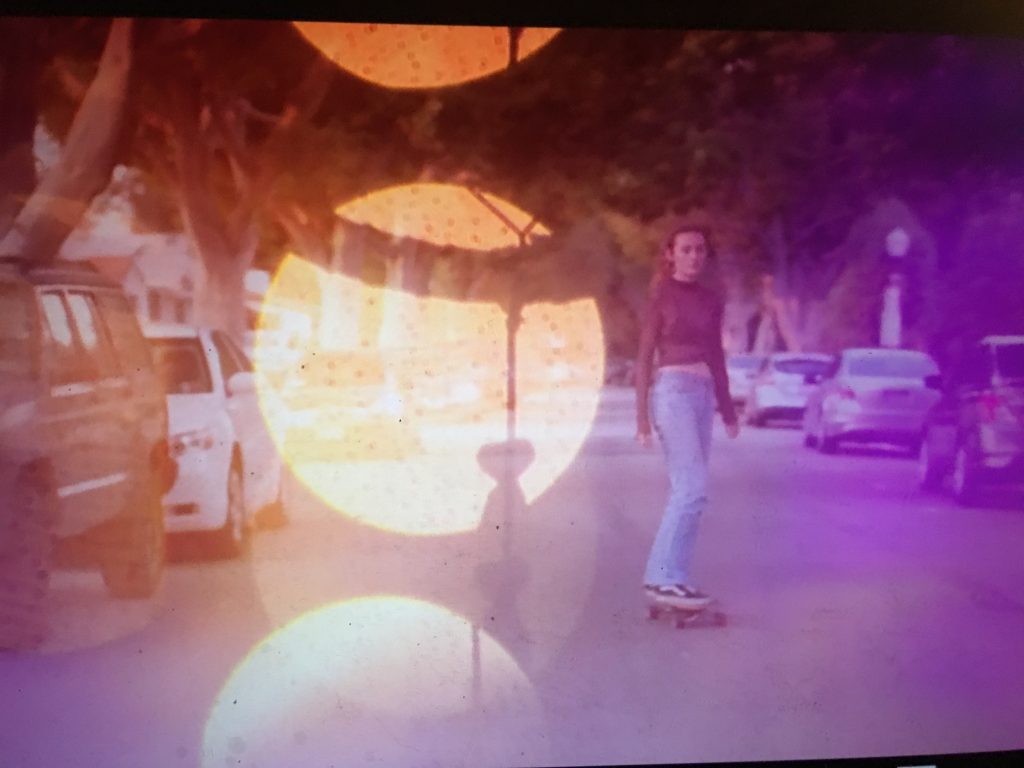 After twenty-two years of making shorts—including nine completed since 2011—Chicago independent writer-director Jennifer Reeder has risen to a feature, “Signature Move,” which premieres at the Music Box after appearing at more than sixty festivals around the world. (Its producers include Newcity’s Brian and Jan Hieggelke.) Among prizes along the way, Reeder’s film won the U.S. narrative feature prize at Outfest in Los Angeles in July. Read more about the Chicago-centric multicultural love-and-wrestling unlikely love story-comedy and its production in Brian’s making-of recounting in an upcoming issue.

“Signature Move,” while based on a screenplay by your lead actor Fawzia Mirza, is discernibly a Reeder effort, like your shorts brightly colored and highly tactile in ways that carry substantial psychological weight, as well as being richly feminine and, well, definitively in Reeder-world.
Indeed! Plus a sense of place as narrative, like all the close-up establishing shots at the beginning. I love shots like that, plus keeping the wrestling-club stuff really pink and sexy. Totally tough but really feminine also. And the music, of course, hand-picked by me. Music is deeply important in previous shorts of mine, as you know. And it felt super-important to keep this soundtrack super-sexy but also, yes, feminine, so with the exception of a few tracks, it’s all music by women of color! The idea to keep the Pakistani soap-opera audio-only and rewrite all that dialogue to create a sub-plot/parallel narrative, it’s all related to how I have used whispering girls or texting in the previous shorts. I hope that some of me shines through and that it also shows that my range can include goofy comedy and not just moody-broody teen-angsty. 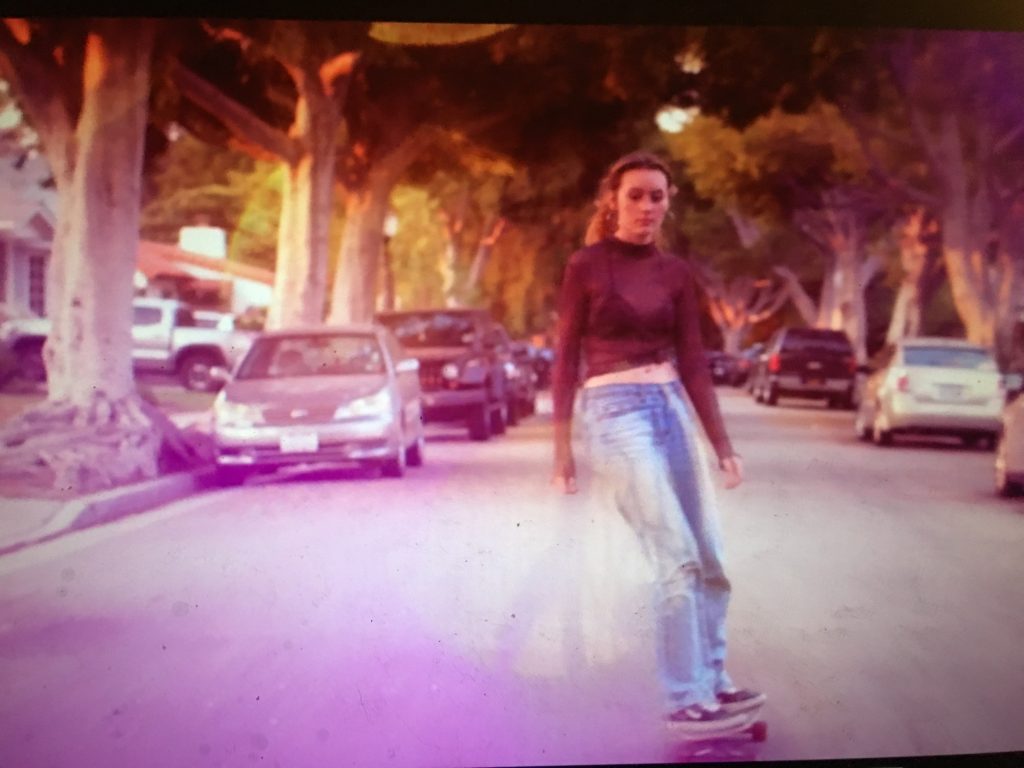 Just how much shit do you have going on? It’s daunting.
My next feature, “As With Knives And Skin” is shooting next summer I am currently getting the script in shape and we will start casting this fall. I just finished a short called “All Small Bodies,” which is a US-German co-production. I shot it last summer in Germany with German producers and German funding. It’s a loose take-slash-feminist version of the “Hansel and Gretel” fairytale. And I’m working on a feature-length adaptation of it. It’s an interesting time for women and the horror-thriller genre. I am in!

Are shorts a workable thing for you because of the velocity you’ve been producing and showing them at? Or because suddenly you’re getting sustained attention from festivals and programmers?
I keep making shorts because I cannot stand to not be making something and I have lots of ideas, which, frankly, are better suited for a short form. I mean, so many feature films I see should be about eighty minutes shorter. But also there are so many wonderful, as well as and financially fruitful, film festivals which champion the short form. Plus it’s prepared me for the episodic [format] which seems to be everyone’s jam right now. Short films are people, too, and not just calling cards for feature-lengths. 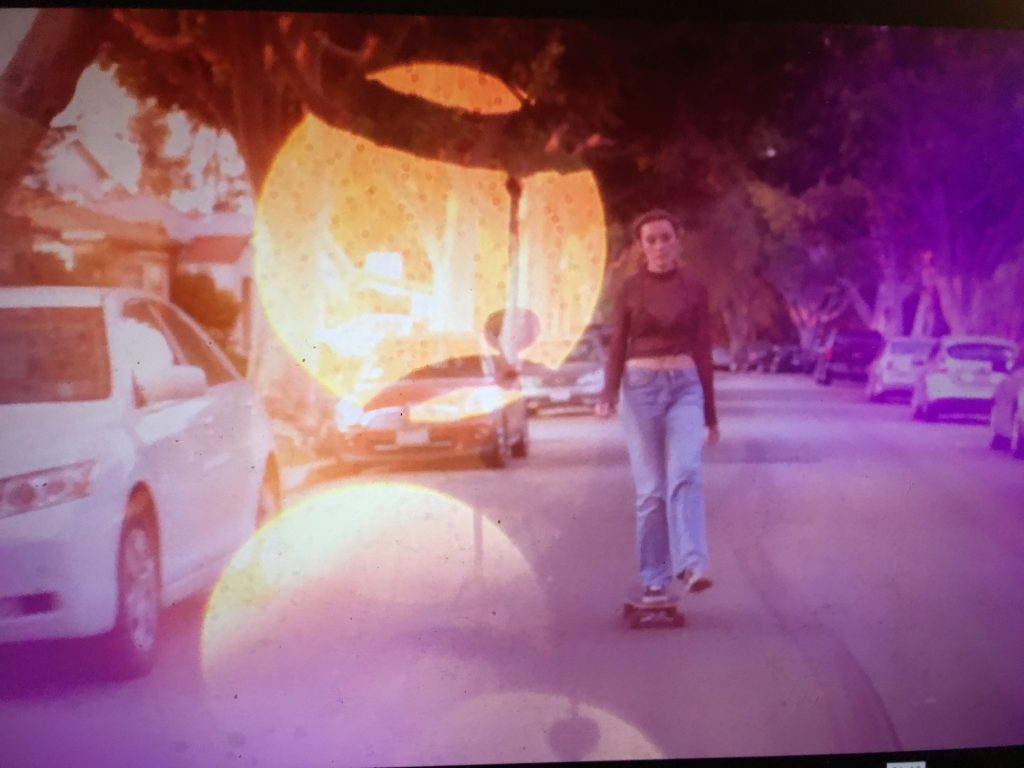 You shot something impromptu the week you were in LA for Outfest?
The short I shot in LA was commissioned by the Festival Du Nouveau De Cinema (FNC) in Montreal. It’s a really lovely festival, which gave me a mini-retrospective last year. This year, they asked a few filmmakers to make a special film just for them. So I am making a tiny doc—yes, a doc!—about the bedroom of a teen girl [“Lola, 15,” pictured]. It will be a lovely standalone film but also a kind of proof of concept for a longer doc project about teen-girl bedrooms across the world, other cultures, other socioeconomic situations. I love these commissions, they give me an opportunity to work on something super new and fresh and work quickly and just get an idea out there, and everyone gets paid! Before the feature-length next summer is a short, in the form of a trailer, called “And Then She Is The Darkness,” which was a commission from Kickstarter. It’s a teen witch story!

These strangely affecting stills from “Lola, 15″ that I have here, these are cross-fades, or superimpositions?
Yes, yes! Long lingering cross-fade. Multi-layers of colored lights and a dreamcatcher and the girl skating. That is how I can remain authentic but still create my own pathos.