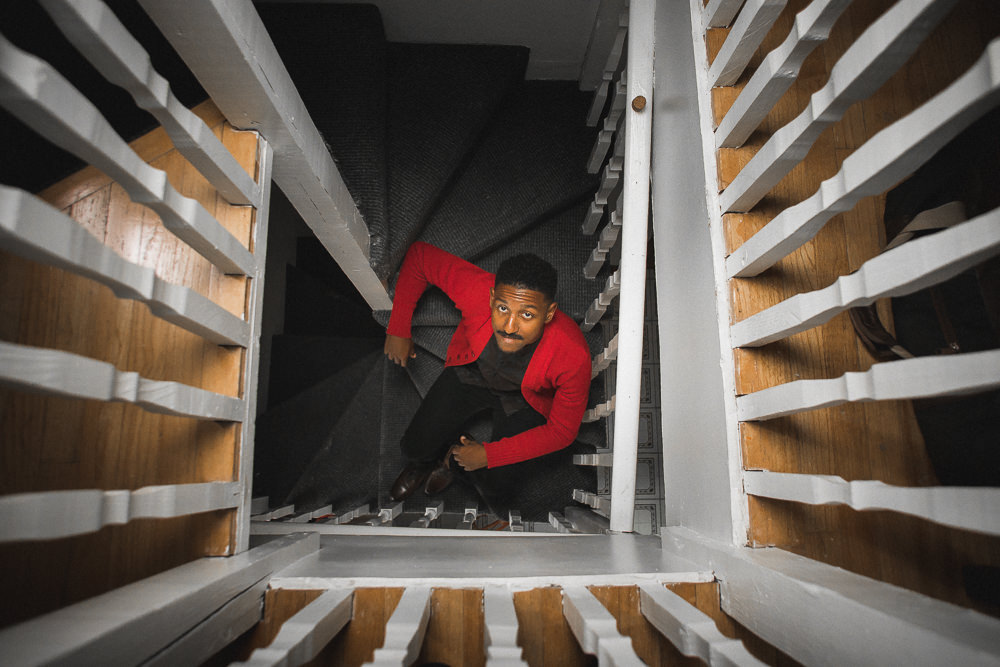 “The pursuit of big scale haunts legacy television, instilling a fear of cultural difference in executives,” Dr. Aymar Jean Christian writes in his forthcoming book, “Open TV: Innovation Beyond Hollywood and the Rise of Web Television” (NYU Press, January 2018). “The web, meanwhile, allows for smaller-scale productions to appear, and at times thrive. It embraces different for its relevance to diverse lives.” Of his Open TV (beta) enterprise, he writes that he designed it to “acquire data on the value of small-scale distribution, what I call ‘small data,’ to communities historically excluded from development. One of those projects was Fatimah Asghar’s “Brown Girls,” “a dramatic comedy about a queer Pakistani writer and her friend, a singer and black woman.” 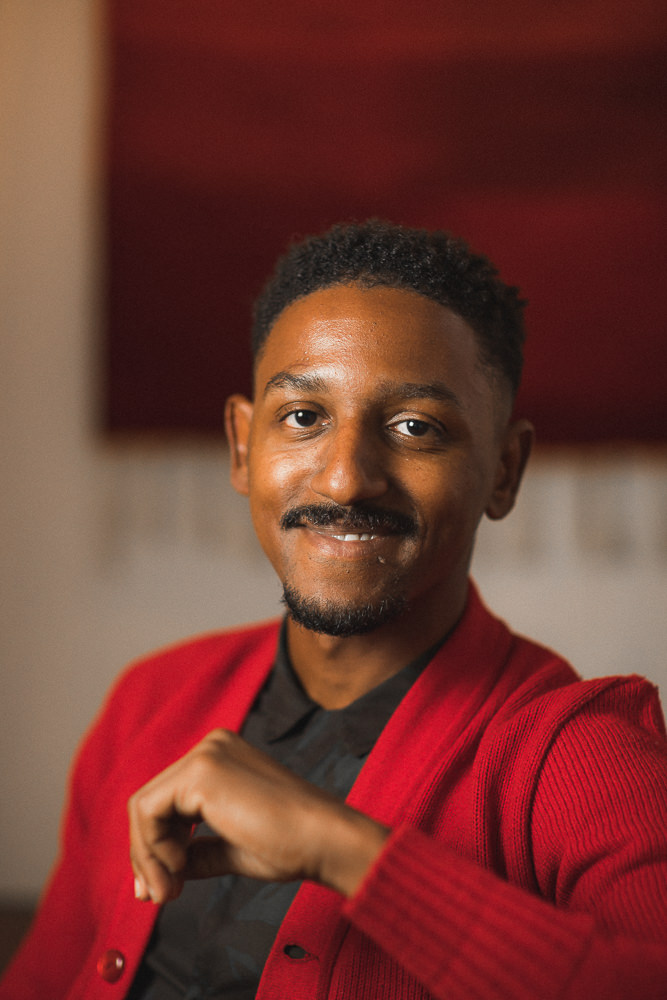 How does the book encapsulate the past couple years of work? You told me you’ve seen it grow from gestational stages to the beginnings of maturation.
The book chronicles the rise of web TV, focusing on indie producers who make and market their own shows online. That book was the basis for Open TV (beta). I saw a tremendous amount of innovation in the web TV market, and a lot of great shows, but there weren’t many platforms specifically developing diverse stories. I started Open TV (beta) in 2015 to try to answer the question of what queer and intersectional TV looks like.

Could you define intersectionality?
Intersectionality describes the fact that we all hold multiple identities along lines of race, gender, age, sexuality, religion, class, disability, and so on, but most people have identities that are marginalized by society and industries, making their experiences unique.

Tell me about the range of work that Open TV has produced.
In two years, Open TV has developed well over twenty hours of original programming, thousands of fans in Chicago, and followers around the country and the world. We started with “You’re So Talented,” by Sam Bailey, who was featured in the last Film 50, and which was recognized by the Tribeca Film Festival and Gotham Awards. By 2017, we were releasing “Brown Girls,” Sam’s second project with Fatimah. “Brown Girls” put Open TV on the national map. It received dozens of articles in local and national press, debuted in over a dozen cities in February, rose to the number-two trending topic on Twitter the night of its release, and since got picked up by HBO, as well as nominated for a Creative Arts Emmy. The fact that we started by releasing Sam’s debut project and worked to help her produce her projects and develop her audience showed me that Open TV was doing something right. We are developing Chicago artists in order to help get them to the next level while also generating research to help others better understand the value and challenges of making indie, diverse TV in the digital age. Hollywood needs to invest more in research and development, particularly in voices that have faced decades of exclusion from being able to create their own shows. They should be funding shorter-form shows as a way to pilot new projects, develop new producers, and expose audiences to new and diverse stories.

An incubator process.
Now that we’ve had some success, the project is quickly becoming an incubator spotlighting new talent. Bigger distributors, studios, festivals and museums are reaching out to work with our artists. Showcasing Chicago’s brilliant talent has given me so much life.

You’re amplifying other voices, not your own.
I’m honored to be considered among Chicago’s most influential in filmed entertainment, but so much of what makes the project great has nothing to do with me. Most important are the artists who bravely tell their stories, the crew who produce them, the many communities in Chicago who come to watch and share, and my incredible team—Elijah McKinnon, Stephanie Jeter, Chris Walker and Mark Díaz —who make sure programs make it from conception to release. I have an incredible advisory committee whose members have raised money and found stakeholders, and I’m indebted to a bevy of local curators, activists, scholars, festival programmers, business owners, event planners and non-profit organizations who have partnered with us to produce and exhibit our programs. Northwestern’s undergraduate, master’s, and Ph.D. students have all assisted the production, development, marketing and data-analysis parts of the project. I’ve been so blessed to see such an incredible group of people across all races, genders, sexualities and parts of the city come together to advance the art of making and releasing TV. It’s a community effort and a uniquely Chicago story.

Why is it uniquely Chicago? You’re saying this city and its communities are an ideal setting?
Chicago is a fantastic place to do collaborative, community-based work. Its artists, arts administrators and organizers are invested in growing cultural production here. The spirit of intense competition we see on the coasts isn’t as prominent in Chicago, probably because we are far from the big funders of media and art. Chicago gives emerging artists space, if not resources, to explore and grow without the pressure of perfection or achieving celebrity status. The downside is that folks feel they reach a ceiling here and have to move to New York or Los Angeles to get to the next level, but many return because they find it difficult to live in bigger places and the return on their labor too small. I turned down a job in New York this year precisely because I found it difficult to do this kind of work elsewhere, at least with our current resources. Chicago has talented artists and rich histories across disciplines—poetry and spoken word, music, theater, visual and performance art, dance, culinary arts, and increasingly film and television, both of which are inherently interdisciplinary and so benefits from the rich cultural scene. We have great universities, collectives, artist-run spaces and incubators to train and help new artists develop. Chicago is experiencing a renaissance. With even a little more investment, the city could give New York and Los Angeles a run for their money.

What elements or qualities do you think are contained and reflected in “Brown Girls” that not only made it attractive to HBO, but as a project for your own hopes/aspirations (with the team, of course)?
I cannot speak for HBO but I knew “Brown Girls” would be great because of the talent involved. I’d already been a fan of Fatimah Asghar’s poetry before she invited me to that first reading. When I saw Sam Bailey in the room, and eventually the cast and crew she assembled, I knew the show would be sincerely and beautifully produced. Having Jamila Woods contribute music was another game-changer. Her album “Heavn” artfully exalts black women and Chicago and expands the emotional depths brought out by the cast, Fati’s writing, Sam’s directing, Hannah Welever’s cinematography, Suzannah Linnekin’s set design, Vincent Martell’s wardrobe and all the many other elements. From the set to the story, even in the release, the show celebrates the brilliance of black and brown women and queer people. This goes to the core of our mission, and I’m so grateful they believed enough in the project to lend us their time and talent. From a research perspective I knew this would give me an opportunity to engage diverse communities. Since they’ve screened nationally and been covered in everything from Elle magazine to Out, BET and Remezcla, that’s proven true. The entire project is paradigmatic of how to make and release an indie show. The scholarly article I’m writing about it and the earlier program “Brujos” has the potential to provide a foundational understanding of how intersectionality, along with web and local distribution, create value in television.

How is its storytelling inspirational or aspirational for others—not just in the sense of a “teaching moment” but as a genuine artwork, something expressive, not only successful “product”?
Fati wrote “Brown Girls” to tell the stories of young women of color coming of age. Like all great stories, it’s human first. The characters have fears, hopes, loves, anxieties, flaws and passions. Unlike many Hollywood stories, though, she didn’t back away from portraying how religion, race, sexuality, gender and class shape their lives, because that’s real too. It’s complex TV. All of our shows accomplish this in different ways. Our artists tell deeply personal and sincere stories without shying away from cultural and political realities. It’s entertaining! Ricardo Gamboa’s “Brujos” portrays a diverse group of Latino graduate students who face their own insecurities alongside a magic quest to survive neo-colonization. It’s sharply written with finely drawn characters who nevertheless have an acute sense of their own political position in academia and America. It doesn’t hurt the show also has special effects and action sequences!

And forthcoming?
Puja Mohindra’s “Geeta’s Guide to Moving On” contrasts how a young Indian woman grapples with a breakup when she grew up with parents who had an arranged marriage. Aasia Bullock and Dewayne Perkins’ “Starving Artists” sharply satirizes race, gender, and sexuality with wit. Kayla Ginsburg and Ruby Western’s “Afternoon Snatch” explores how to grow from a break-up in a way that disrupts the gender binary and embraces queer community. Kate Royal’s “In Real Life” also explores the pain of being in and out of relationship but does so with a diverse cast and bisexual lead. Our series of pilots, Open TV Presents, experiments with television storytelling through video art, opening up new ways to represent the underrepresented. I encourage every artist to focus on what they want to express and how they want to express it before thinking about marketing, audiences and the development trajectory. As an artist your greatest concern should be over your story and how you tell it. If you do so honestly and without fear, people will find it valuable, teachable and entertaining.