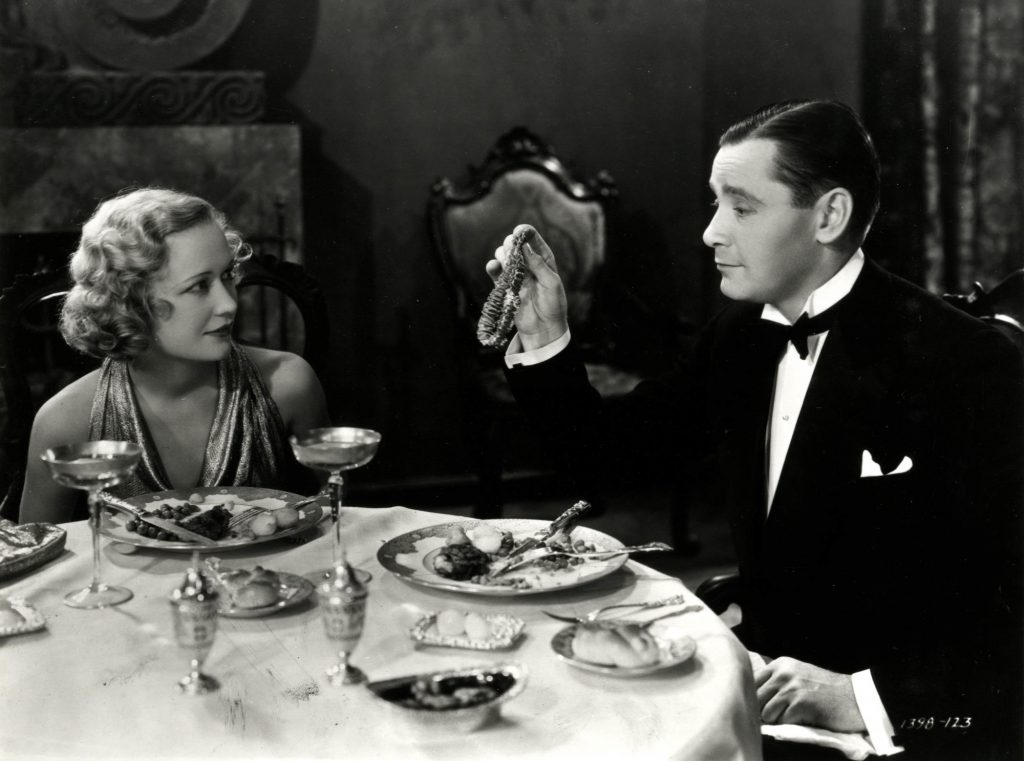 Who watches old movies? And if they don’t, what movies could convince them? There’s always an older film to seduce someone already interested in movies, music or visual art, but it requires the measure of their tastes to know which tastebuds you need to strike. I wish Jean Renoir’s sleek, prismatic comedy-tragedy “Rules of the Game” would strike the fancy of anyone and everyone. More often, a younger friend will find themselves in movies like Joseph H. Lewis’ proto-“Bonnie and Clyde,” “Gun Crazy,” John Boorman’s 1960s neo-noir pop art existential chiller “Point Blank,” or the design delirium of Bernardo Bertolucci’s Fascist-era recreation “The Conformist” or the feather-dream of mud and art, Andrei Tarkovsky’s “Andrei Rublev.” But what about something lighter, a bold comedy, audaciously sexual, with flirtation and dialogue finessed with seemingly effortless, laser-like precision, Ernst Lubitsch’s 1932, pre-Code, jewel thieves-and-pickpocket-in-flirtation romantic comedy “Trouble in Paradise.” UCLA’s 35mm restoration of one of American cinema’s greatest bits of perfection, innuendo-rich, delirious yet exact, elegant yet amoral, a sensational comic collaboration between Lubitsch, screenwriter Samson Raphaelson and actors Miriam Hopkins, Herbert Marshall and Kay Francis? Try it, you’ll like it, every last one of you, especially in this silvery celluloid restoration. 87m. (Ray Pride)