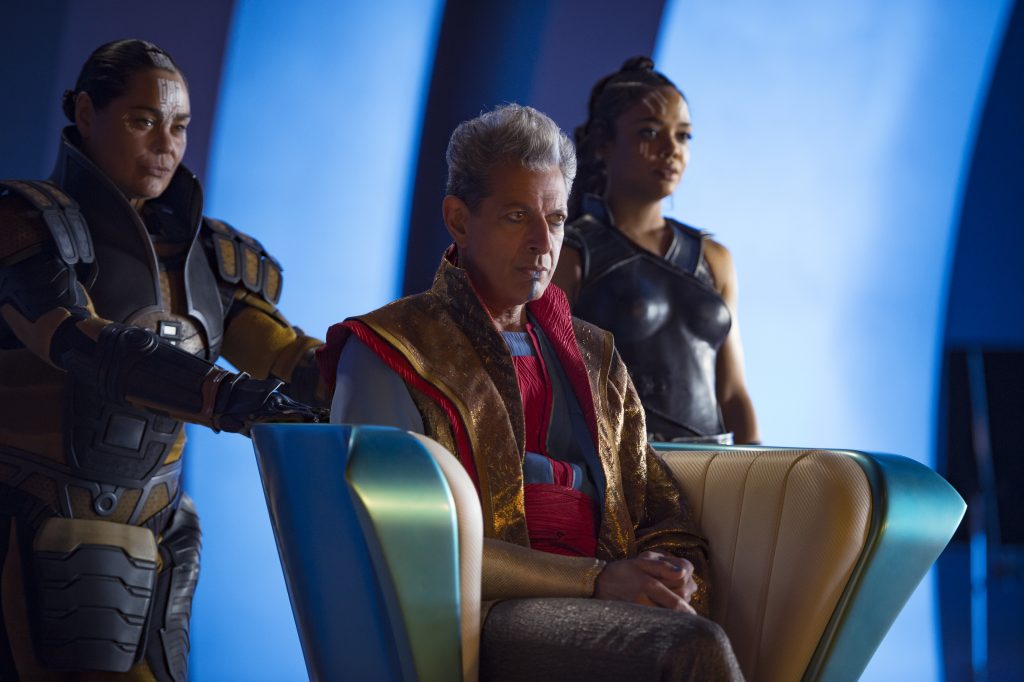 Taika Waititi unleashes the idiosyncratic Kiwi vaudeville bona fides established in movies like “Eagle vs. Shark,” “What We Do in the Shadows” and “Hunt for the Wilderpeople” upon the heretofore most-middling Marvel universe character, Thor, with loving anxiety and a luxurious lavishing of laughs. “Thor: Ragnarok” is a shaggy-minded, baggy-pantsed romp across the superciliously super-serioso output of Disney’s most-treasured profit center. Jokes. So many jokes. Attitude. So much attitude. Snark? Bring on the Goldblum! Sexual ambiguity? Yes, oh my. Action scenes? … Action scenes? Jokes! More jokes! Aside from his notably antipodean comic sensibility, Waititi also sought a range of idiosyncratic collaborators for his big-budget blowout, not limited to veteran Spanish cinematographer Javier Aguirresarobe (“The Others,” and many Almodóvar movies including “Talk to Her”) for his bold, often tacky-looking other-worlds (There’s a splendid slurry of Mike Hodges’ “Flash Gordon” in the edifice.). Also: comedy-oriented editors Joel Negron (“The Nice Guys,” “21 Jump Street”) and Zene Baker (“All the Real Girls,” “Observe and Report”). With an exceptionally funny Chris Hemsworth, a fussily fuming Tom Hiddleston, the one-and-only Jeff Goldblum, an uber-diva Cate Blanchett, the spectacular Tessa Thompson, Idris Elba, Waititi, Karl Urban, Mark Ruffalo, Benedict Cumberbatch, Clancy Brown, Tadanobu Asano. 130m. (Ray Pride)

“Thor: Ragnarok” opens Thursday, November 2 all over the place.

This is not really a review, it’s mostly just a bunch facts and names, with a vaguely conveyed sense of enthusiasm. Perhaps it was super-rushed as is implied by spelling Raganarok as Ragnorok, and Idris as Iris (as the previous commenter pointed out)