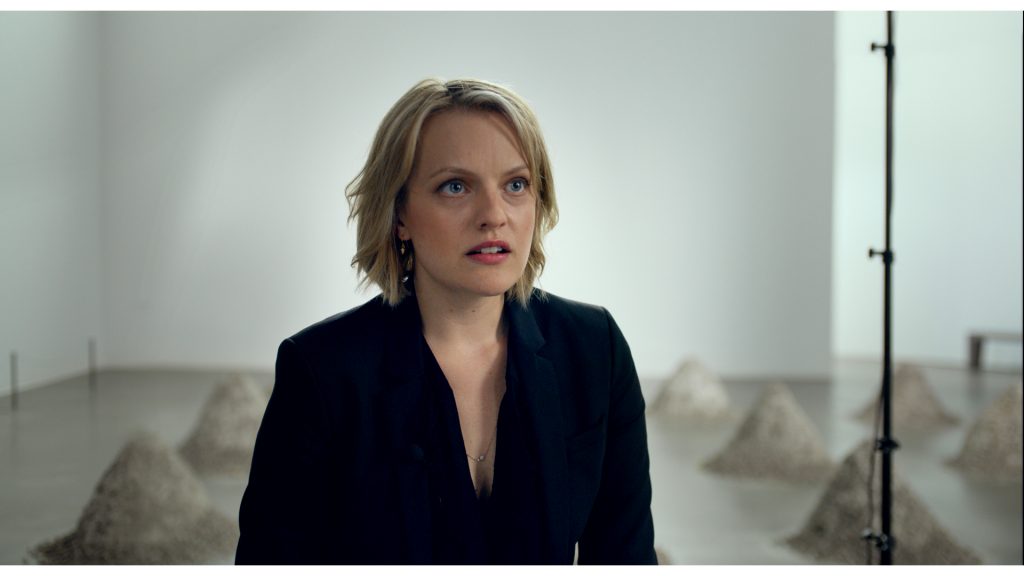 Swedish director Ruben Östlund’s work takes the public square as both subject and locale. The line between public and private is the rippling measure of his best-known movie, the sly, piercing black comedy “Force Majeure,”(2014) the story of a man, his family, an avalanche, and the smartphone he should have been clever enough to leave behind, at least not without making the gesture of saving his family first. “Force Majeure,” a worldwide success, demonstrated a rare knack for choreographing forces as vast as a growing, roaring avalanche building toward a ski resort to the blocking of a husband and wife brushing their teeth in front of the mirror in a hotel bathroom. Working largely in restrained, refined tableau style, the geometry of intimacy is pitted against the inevitable forces of conflict in public spaces, from other hotel guests to eccentric cleaners to goofy children. 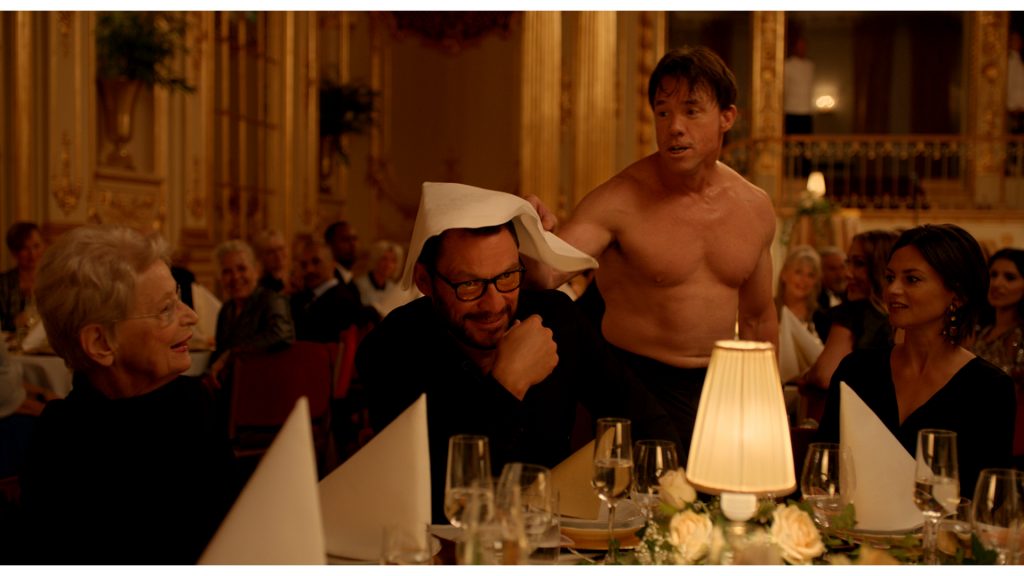 “The Square,” takes not only the title but the underlying forces of Östlund’s work in its jumpy, jangly satire of the modern art world, its makers, its merchants, its frauds, its ripe potential for vicious satire. The square is the marketplace, the meeting of dealers, the performance piece at the core of the corrosive comedy, and most emphatically, a self-satisfied Swedish middle class. The styles of comedy and performance zig and zag within the generous range of sweetly surly vignettes in “The Square,” from lightly surreal to lavishly farcical, and performances are compelling even at their oddest turns, including Claes Bang as the harried manager of the contemporary art museum and Elisabeth Moss as an American journalist who struggles against hope to get him to decipher the tortuous critical prose from the museum’s website.

The deliciously physical, tour-de-force centerpiece, a raging display of performance art at a dinner party, rises to a high level of Scandinavian-style provocation, its black-on-black comedy ranging from embarrassment to mortification and back again, to a near-certain chance of abrupt violence. Manners and decorum are at risk, but so are the character’s manifestations of self-delusion and downright selfishness, captured in squares of their own making as well as the greater public sphere. 142m. (Ray Pride)

“The Square” opens Friday, November 10 at the Music Box.