“Star Wars Chapter VIII: The Last Jedi” opens with a title crawl, natch, and within a few words makes a tendentious mistake, dear lord, oh my: the word “decimated” is used to mean “destroyed” or “damaged beyond repair” or “nearly snuffed.” (“Decimated” does not mean that, not even by one-tenth, even if dictionary-makers are beginning to give in.) But that’s the worst thing I can say about the tragedy-comedy-mythmaking that follows in writer-director Rian Johnson’s confabulation. 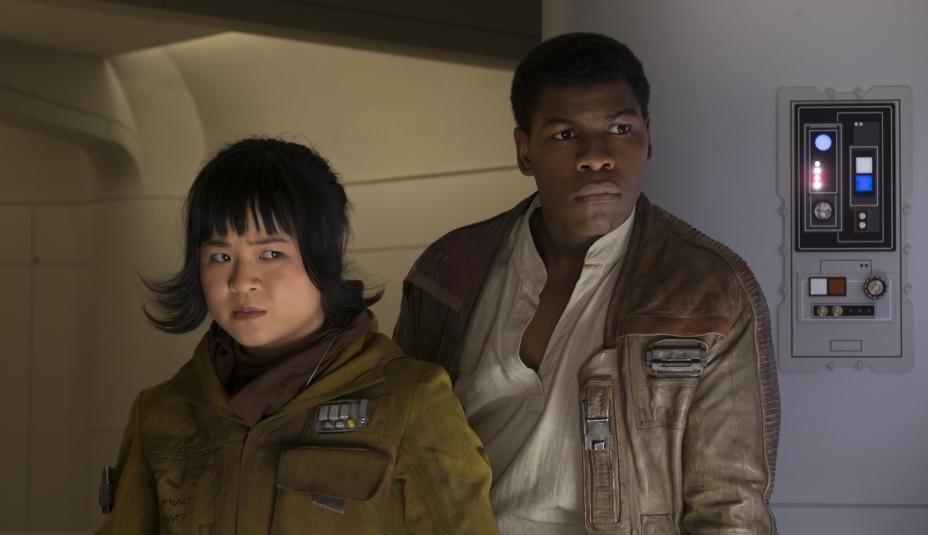 I liked it—even loved great swathes of it, moments of comic boisterousness and visual grandeur—and any eager viewer can profitably overlook the tone of hostility sizzling through a fistful of first reviews in the milliseconds that followed the end of Disney’s press embargo on Tuesday. Most of the opening-night responses online were from mixed—those who were able to inhale the dense stew of “Star Wars” series allusions in a single draught—to joyous—those who loved its breakneck pace and somber imagining of moments of great tragedy. (Porgs!) There are hints of other films and filmmakers galore, as well as the “Star Wars” of antiquity, especially widescreen Akira Kurosawa, both in framing of battle and in brandishing bold red. (A key George Lucas inspiration from Kurosawa came from an early, black-and-white Kurosawa.) The long-anticipated join between “The Force Awakens”’ closing shots with the continuation of the same scene in “Last Jedi” is dispatched in a way that pronounces Johnson’s hand, as is a scene soon after that seems patterned after the telephone bits of Bob Newhart’s stand-up comedy. My notes are mostly of moments of grace, of precise, yet gnomic movie-movie dialogue, and of startling images, all of which are worth seeing with fresh eyes. (Porgs! Porgs!)

The digging and divining of cinematic and visual art allusions are to come from fans and scholars alike. (For one dreamy instance, there’s a representation of resurrection that finds its own spectral fancy, yet surely nods to multiple painters and their great work.) I’m taken with the ending, which I won’t spoil, which elaborates on the awareness of talented workers and the gifted ordinary, and which may even have deeper import than the force of its simple moment. The ending indicates hope for generational change, the power of any single, small, nameless dreamer, who may yet know a world not manipulated by gunrunners, moneychangers, the venal and power-mad. Forces against The Force. The sky is filled with more stars than we know. Widescreen. Reviewed in Dolby Cinema format. 153m. (Ray Pride)