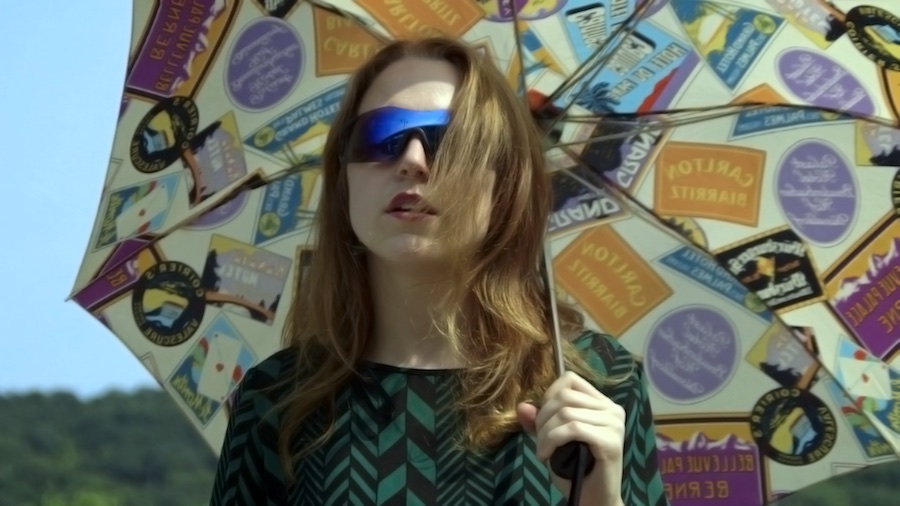 Former Chicagoan Theodore Collatos’ six-day wonder, “Tormenting the Hen” takes advantage of the micro-to-no-level of contemporary feature film finance in its own special way, while also paralleling a handful of other driven filmmakers, including Toronto’s Kazik Radwanski (“How Heavy This Hammer”). The ordinary: it piles up. What is everyday madness? (It simmers.) And how do you capture it with a few friends (some with equipment) and a modest cast of six? Most memorable is an image of looming toxic masculinity—a beefy caretaker on a riding lawnmower—“Hen” places a getaway from New York City higher on the list of frights than anything in a fraught, loud metropolis. Couple Claire (Dameka Hayes) and Monica (Carolina Monnerat), a playwright and a grad student, living in tension and occupying often close-close close-ups, hope to workshop her work-in-progress play, but there is a world out there, isn’t there?

Collatos’ early shorts were shot and shown around Chicago in decades past, including the then-striking “Domino”; he detailed the production travails of “Hen” for Filmmaker, arriving at the motto, “Just tell the fucking story.” There’s not so much story, but there’s so much dread. With Matthew Shaw, Brian Harlan Brooks, David Malinsky, Josephine Decker. 77m. (Ray Pride)