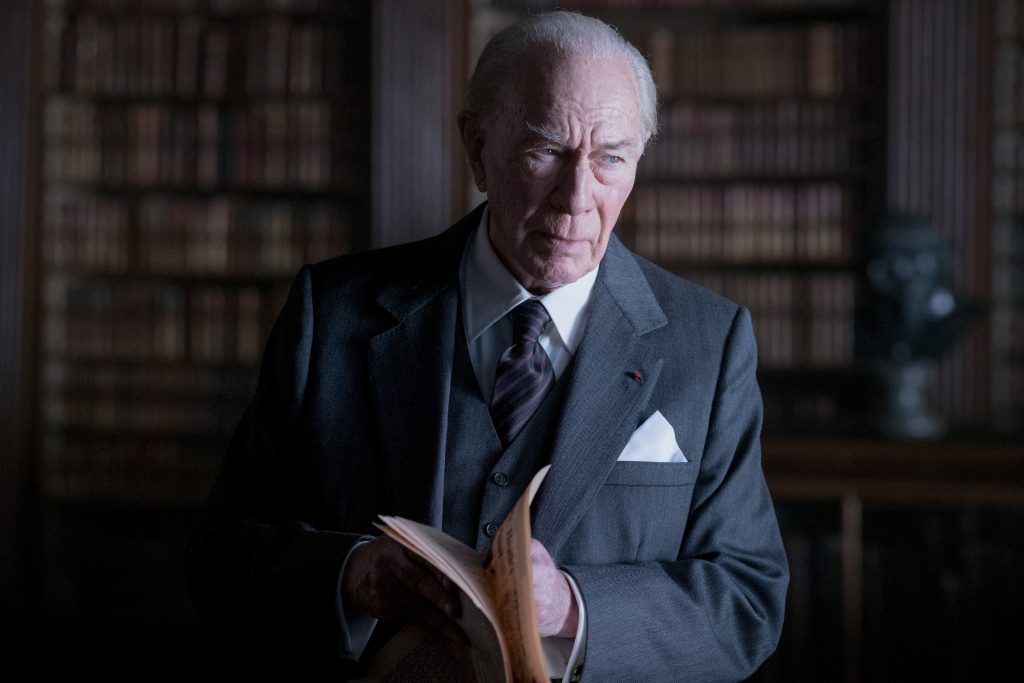 “All the Money in the World” was finished. Ridley Scott had maybe a few tweaks of sound and color to go and its mid-November debut was set. Come October 29, however, the drama about the 1973 kidnapping of the grandson of the world’s richest man, was done. The first accusations against Kevin Spacey, who played John Paul Getty, left Scott and his backers with a broken product. The most pungent result of Scott’s redrafting of the movie without Spacey (seen in advance stills under mounds of unphotogenic facial appliances), was the creation, the apparition, the summoning of a magnificent performance by Christopher Plummer, central in its sour power. From ham to brine: Plummer gives a performance hailed from failing flesh and eternal brimstone, and it handsomely elevates David Scarpa’s 2015 Black List script, a watch-pocket riff of trappings of “Citizen Kane,” among other brooding interests. Scott’s fearlessly unfussy maximalism works at a hush: nimble shorthand of glimpses of deserts and castles and 1970s Italy catch the eye even as the drama of the long-simmering ransom negotiations moves uneasily between characters. The ten days of reshoots with Plummer wrapped on November 29 and was screened in Los Angeles the day after, and in Chicago, previewed only three weeks later, or, less than five weeks after Plummer was drawn into service, braced with a bit of morning rosewater and given his lines. Formally agile, “All The Money In the World” is a pleasant Ridleygram that would have been far from interesting with a prosthetic-steeped performance by Kevin Spacey. Plummer has joked that he was handed lines right before the take. He didn’t drink until the third night. He read and knew the script, of course, but didn’t worry about anything except being present. The improbable deadline dash by the eighty-year-old producer-director and the eighty-eight-year-old actor is a rare, bracing marvel, but it is the performance that will last: fastidiously furious, shaped with understatement. Give Plummer some gold. The man’s that good. With Michelle Williams, Mark Wahlberg, Charlie Plummer, Romain Duris, Timothy Hutton. 132m. (Ray Pride)

“All The Money in the World” opens Christmas Day.