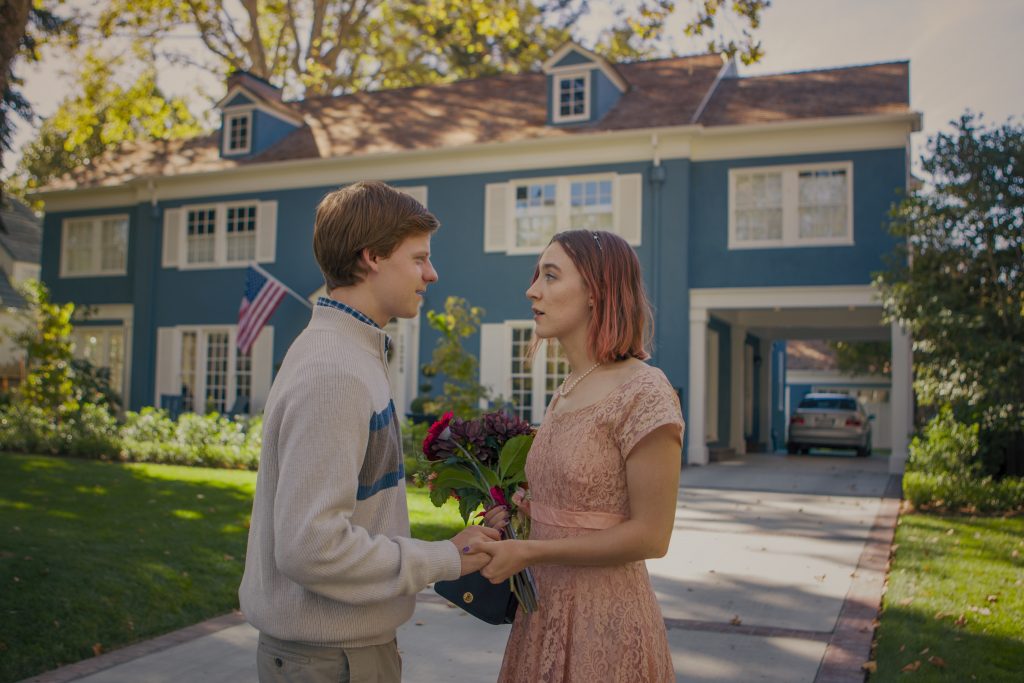 When I saw “Lady Bird,” the rich, heartfelt, light-on-its-feet debut feature of writer-solo director Greta Gerwig, a woman in the industry who loves it truly wondered what kind of audience it could draw, this bright, funny, nuanced, personal-if-not-autobiographical 2002-set movie that, to her eyes, would be anathema to any scale of male audience. (Even on dates!) Enthusiasm abounded before its release: “Lady Bird is a fantastic first film,” the always-generous Guillermo del Toro typed in a Reddit AMA. “Such intelligence and acute eye for drama and cinema. Deceivingly natural, full of style.” A female friend called it “‘Rushmore,’ but for girls.” And another after a second visit called it the John Hughes movie John Hughes could never have made, a platonic notion of memories of Hughes’ movies rather than the imperfect experience of a revisit as a grownup. As its release has gone wide, “Lady Bird” found its grateful audience, and it isn’t men or even young women who might identify with Saoirse Ronan’s teen central character. On 1,550-plus screens, “Lady Bird” ended 2017 with a gross over $32 million, surpassing distributor A24’s previous high-grosser, “Moonlight,” by four million dollars, even before a likely wave of praise from Oscar nominations. It’s a rare and gratifying hit in an anemic marketplace for independent features. Who’s going? Not the men who would steal it if it were pirated. Grown-ups. Women. It’s not the Lady Birds who are seeing the movie, it’s the moms of Lady Birds, and anecdotal reports say they’re packing the place: women of the age and experience of Laurie Metcalf’s not-central but not secondary character of the girl’s mother. Set in Gerwig’s hometown—the movie opens on a black screen with a quote from fellow escapee Joan Didion, “Anybody who talks about California hedonism has never spent a Christmas in Sacramento”—“Lady Bird” hits the mark of the American teen movie while quietly reaching toward literary effect. The characters’ collisions and elisions, their ultimate kindred needs and hopes are drawn with sweet delicacy. (The scenes of the football coach dragooned into directing a school play may be passed over in silence.) Telling and comic and rueful details are there by the fistful, and for two, a set of sequences of driving in Sacramento fall into place with the weight of a two-story house, and I treasure the way Tracy Letts (playing Ronan’s father) releases the words, “bag of Doritos.” With fidgety Lucas Hedges, the inevitable Timothée Chalamet, luminous Beanie Feldstein, a heart-shaking Stephen McKinley Henderson, Lois Smith. 93m. (Ray Pride)