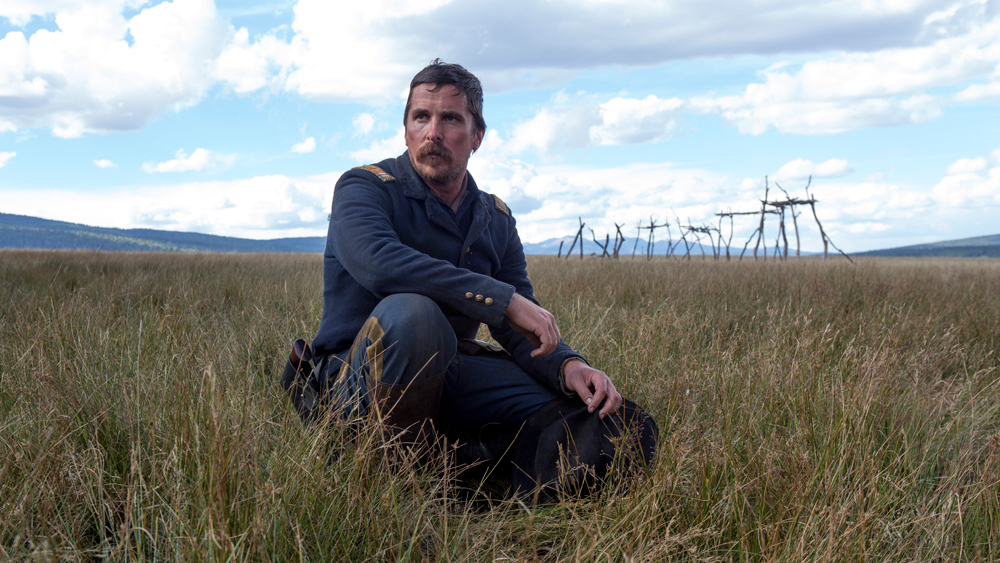 Scott Cooper, writer-director of “Crazy Heart” (2009), “Out of the Furnace” (2013), “Black Mass” (2015), and “Hostiles,” a rhapsodically envisioned, powerful punch of filmmaking that seeks the stark and bold and visceral simplicity and impact of an earlier century’s American movies. “The English have Shakespeare, the French have Moliére, and Americans have the Western,” Cooper writes in an earnest director’s statement. “I wanted to honor the legacy of wonderful films in the Western genre. The legacy of Ford, Hawks and Leone. But I also wanted to modernize the genre with themes that touch us all today: reconciliation, healing, and inclusion—because it’s no secret that we are a polarized nation and growing more polarized by the day; no secret that we are in desperate need for reconciliation, inclusion and equality.” The subject of “Hostiles,” Cooper says, is “our dark and unforgivable past toward our Indigenous peoples.” Still, “Hostiles” is guaranteed to elicit complaint about its very-much-other native characters. Christian Bale, repeating for Cooper, plays a ruthless Indian hunter, his flint moving beyond stoicism into a steely hatred toward Natives. Max Richter’s score is a stealthy accomplice to the unrepentant brooding and terrible violence. With Rosamund Pike, Wes Studi, Jesse Plemons, Adam Beach, Rory Cochrane, Peter Mullan, Timothée Chalamet, Ben Foster, Q’orianka Kilcher. 135m. (Ray Pride)