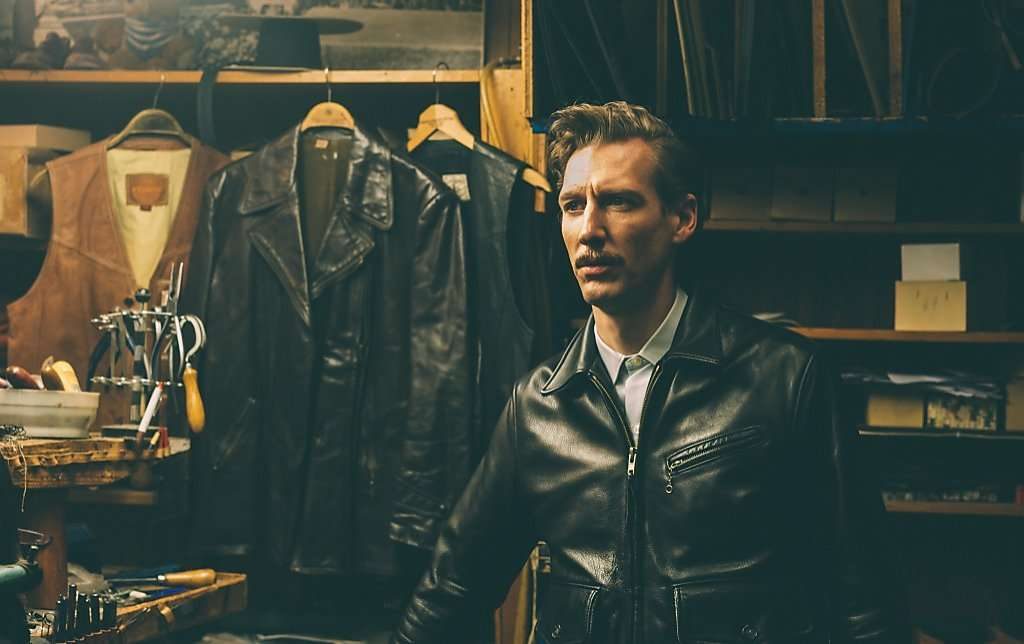 From the tales of Touko Laaksonen: Dome Karukoski’s detail-jammed, oft-stylish biopic of the artist who signed his work “Tom Of Finland,” one of John Waters’ top 10 for 2017, charts a complex journey from the fields of World War II to repressed post-war Helsinki to a life as a prolific artist of memorably stylized homoerotic art and lasting sexual iconography.

By day, Laaksonen toiled at advertising, by night, his muse. Karukoski’s scenes often have a smoky, sweaty reek that would have amused the late Rainer Werner Fassbinder, a titan of tang himself. Finicky reviewer Armond White may overstate in calling Laaksonen “gay culture’s Toulouse-Lautrec,” but the tensile central performance by Pekka Strang is adroit at capturing the complicated man, his moods, and his unabashed imagination through leather and muscles across forty years, at home and later in the United States. “It’s just a drawing,” he tells a friend, who replies with understatement, “It’s not just a drawing. It’s an atomic bomb.” 114m. (Ray Pride)

“Tom of Finland” opens Friday, January 5 at Siskel for a two-week run.