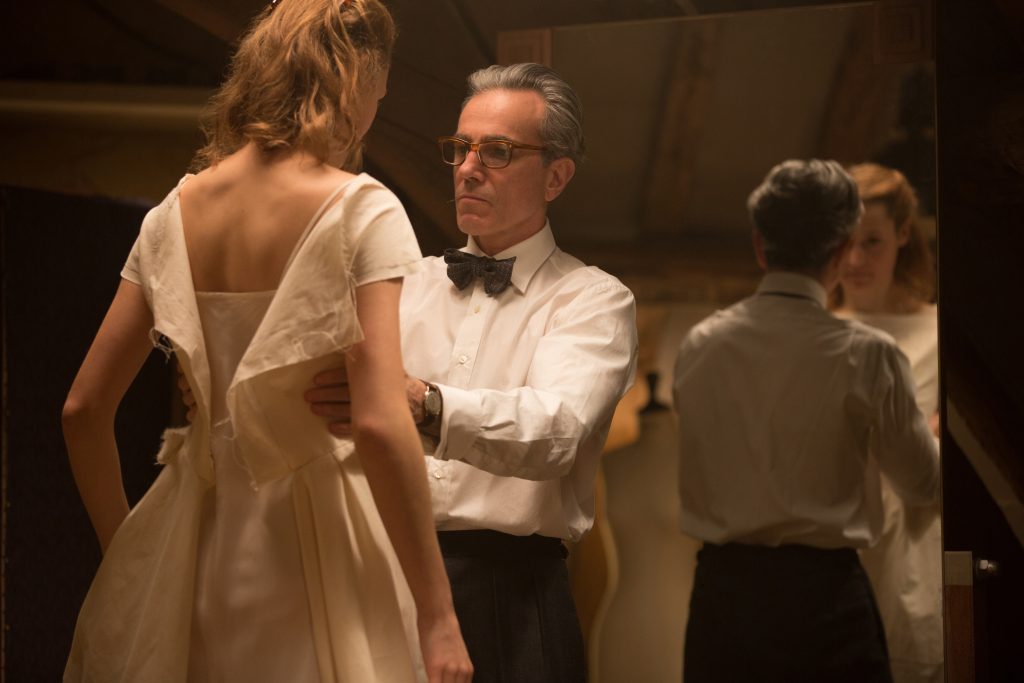 In 1950s London, a fretful, focused middle-aged man named Reynolds Woodcock (Daniel Day-Lewis) bears a house of couture and a house filled with women, some of whom sew his fantastic made-to-order dresses and others who linger in his bed until no longer tolerable over breakfast. His business, including the dispatch of spent young loves, is kept by his sister, Cyril (Lesley Manville). The siblings are one. Control is kept. One night, escaping pressures of his work, Reynolds dines near his country home, meeting Alma, a quick-to-flush young waitress of uncertain European ancestry, played by Luxembourgian Vicky Krieps. Teasing. Banter. And soon a fitting. Woodcock and the muse: shaped, shaping, soon shapely in his handmade carapace of cloth. “You have the ideal shape,” Cyril observes. “He likes a little belly.” Her full-boned face and bright but withholding eyes challenge always: “I can stand endlessly, no one can stand as long as I can,” Alma later asserts.

In the cockeyed lineage of men fearful of losing control in “There Will Be Blood” and “The Master” and the vehement screwball of “Punch-Drunk Love,” “Phantom Thread” is tender treachery. From A-line to eyeline, Paul Thomas Anderson’s serenely sensual sub-dom stare-down rom-com set in another, ostensibly more romantic era, is generous, wicked and tailored with surprise after surprise. His ninth feature is, whaddya know, another all-American original. “Phantom Thread” becomes giddy as a teenager at a delirious late scene of indisposal, when Woodcock and Alma cannot but laugh at the realization (and demonstration) of their bond. (In one of several rich thematic tributaries, “Phantom Thread” is also about the pressure of making things, such as fashion, much like movies, within time frames, within lifetimes.) 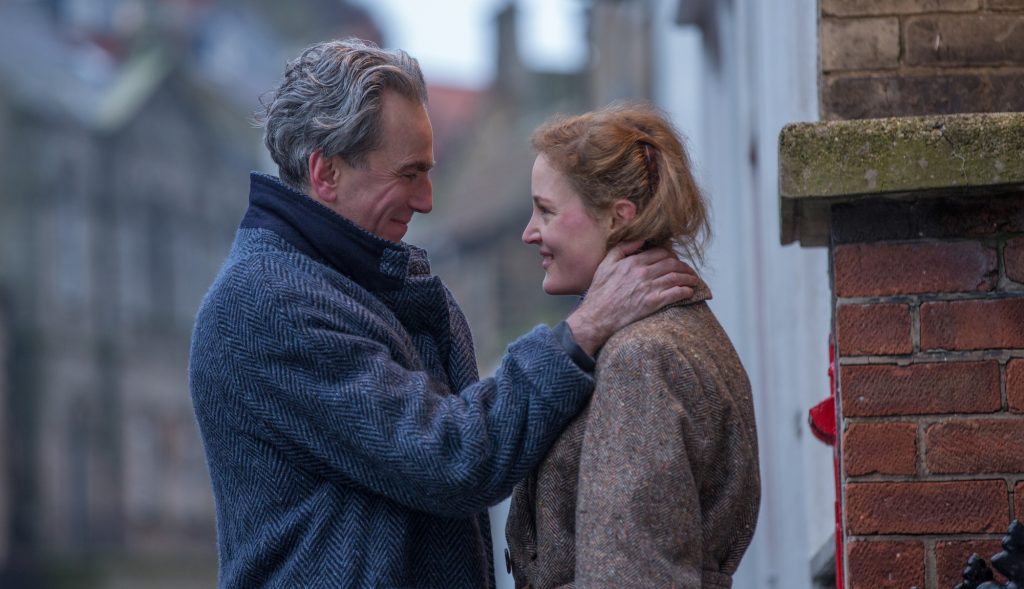 There is sentiment of décor, to be sure, and Anderson’s attention to muted texture is sublime and seductive, but it’s all about the looks. The pauses. The withheld looks. Behavior, mute: gestures tell all in slight, sly, sleight of hand. Yet the drama, largely playing out in a single large house, more quietly than a grove of whispers, is also Herculean, embroidering the lift of a lingering blank gaze of the beloved. What does she mean? (What do I mean?) It’s maniacal, steady and very much the story of a woman as well as a man. Multiple viewings should draw out more rich detail, as well as listening close, closer, to the readings of inspired dialogue. Each line is shined like a four-dollar artisan apple, keeping to the wealth of physical detail including costume designer Mark Bridges furnishing Woodcock with the same bright issue of socks worn by the Pope. 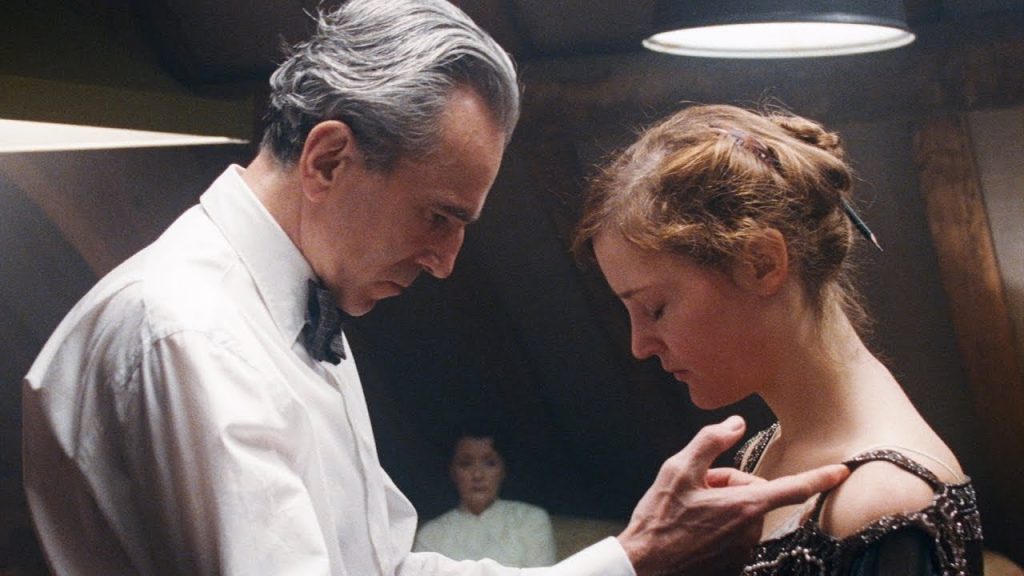 I’m particularly taken with a style of medium-wide shot that Anderson uses to place Alma within a specific task, including sewing, but especially in the kitchen, against multiple patches of pale color with light coming from the left, as if drawn by a keen student of Vermeer.

Close-ups are telling, too, of food and jewelry and especially the fleet inserts of dry, flaked knuckles as fingers turn at tasks of thread. (Anderson shot the film, but chose not to sign the film and instead to leave credit with the camera team.) Daniel Day-Lewis: someone will find the words for this performance, first steely, then fragile, and eventually, abloom with potential. Jonny Greenwood’s score, weaving in classical pieces, finds the sound, and it is divine. 130m. DCP. (Ray Pride)