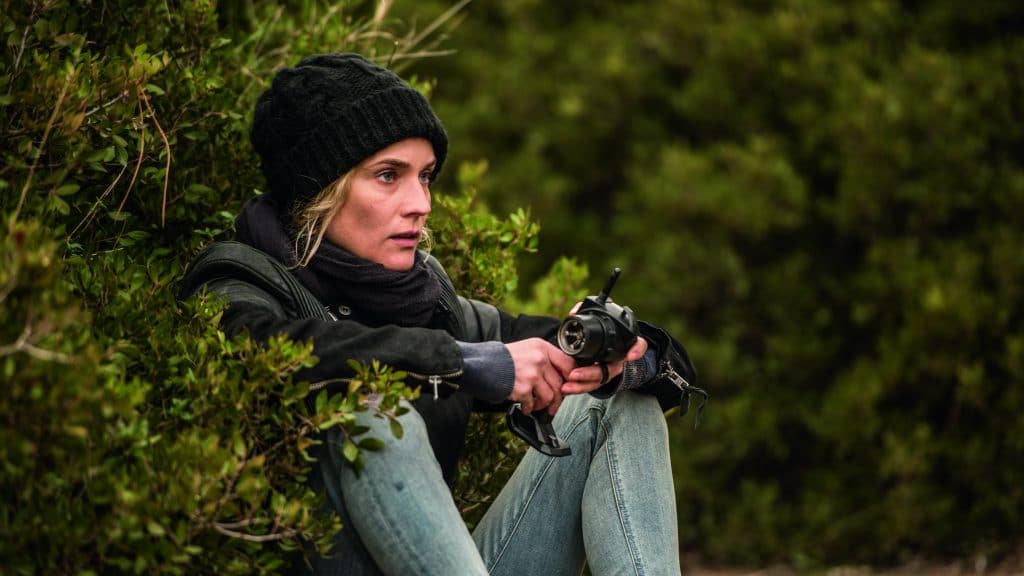 A painfully timely thriller that appears to be about neo-Nazi terrorists targeting immigrants, “In the Fade” (Aus dem Nichts) is one of prolific German filmmaker Fatih Akin’s best films since his 2004 masterpiece, “Head-On.” As with his other movies set in the modern world, Akin captures a sense of the city, how its horizons can radically expand or contract at a moment’s notice, at a camera’s brief detour or reframing. His intent portrayal of a Hamburg woman’s reaction in the aftermath of a terrorist bombing that takes her ex-con Turkish husband and her son is compelling, even at the end of its awards season. (“In the Fade” made the shortlist, but not the final list of this year’s nominations for Oscar’s best foreign language film; it was the Golden Globes voters’ choice for the category and Diane Kruger took best actress at Cannes 2017.) The stages of Diane Kruger’s performance as Katja resound: loss, grief, anger, fury. If Kruger weren’t so present, so tactile, so precise in her character’s vitriol, passages of plotting are as familiar as in urban thrillers starring Liam Neeson. But as she pursues the truth behind a figure she glimpsed escaping, “as German as me,” Katja meets obstacle after obstacle, which forces the story onto her leather-clad shoulders, her wrought features. Blood and tears and ink and unspoken, perhaps unspeakable fear and anger: this is a fantastically physicalized performance. With Numan Acar, Ulrich Tukur, Denis Moschitto, Johannes Krisch, Rafael Santana. 106m. Widescreen. (Ray Pride)

“In the Fade” is now playing at Arclight Chicago.