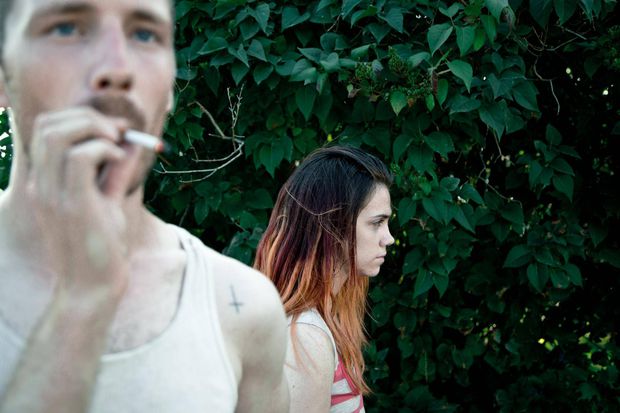 It’s been too long since I’ve simmered in the range of Anglophone Canadian micro-, no- and low-budget movies, which were once both a personal fascination and an actual, functioning industry. But when there’s a wowser, they’re wonderful. “Werewolf” is a wowser. New Waterford, Cape Breton writer-director Ashley McKenzie’s stark yet slippery “Werewolf” is a daunting feral joy, a first feature in some hock to the Belgian Dardenne brothers, following a couple in a small town in Nova Scotia who are hopelessly young, homeless and addicted. Less hopeless, actually, than hapless, the pair traverses perilous terrain around them, an underground economy of sorts that could not give less of a shit. McKenzie’s camera is close in and close up, unforgiving, documentary-like, but greater than a sum of facts. Bodies are broken and sheared by the camera’s observation. Day to day, moment to moment, a caught breath or brag at a time: “You couldn’t live one day in my life.”Their lives are besorrowed, but with gentle yet unsettling surprise, compassion arrives.  McKenzie is a tactful watcher in an elementally fine debut. With Andrew Gillis, Bhreagh MacNeil. 78m. (Ray Pride)