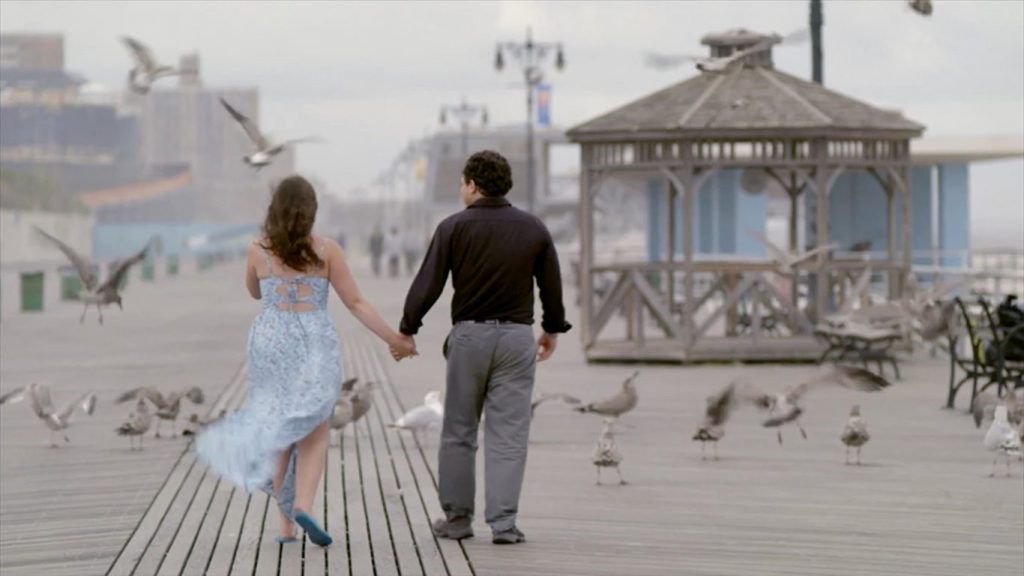 Film genre, at its best, provides a delivery device to transcend plot and the conventional wisdom at the moment of a movie’s making. In the best films, the thing the film appears to be is not the thing it is. Romantic comedies, for instance…Debut feature director Rachel Israel’s “Keep the Change,” an expansion of a 2013 short, assumes strengths of the romantic comedy genre while avoiding most pitfall clichés of the past two decades of ill-imagined wish-fulfillment sap. But as with Greg Berlanti’s gay teen rom-coming out comedy, “Love, Simon,” the New York-set “Keep the Change” benefits from the veneer of conventionality—empathy grows from depicting difference as normality. Moneyed David (Brandon Polansky), a thirty-year-old man with autism whose outbursts lead him to court-ordered group therapy with Connections, a gathering at a Jewish community center for autistic men and women. Character and comic complication are on display as well as a meeting with Sarah (Samantha Elisofon), a woman with a self-professed learning disability. (Both Polansky and Elisofon, non-professional actors, are autistic.) The romantic complications roll between this pair of self-described “weirdos,” as they must, with setbacks and misunderstandings, frank outbursts and blunt remarks, but there’s a sweetness, even tenderness at outré moments. Together, they comprise a new “normal.” The New York City locations are breezy, incorporating but going beyond the Brooklyn Bridge. With Jessica Walter, Tibor Feldman, Nicky Gottlieb. Winner of narrative feature and best new narrative director prizes at 2017’s Tribeca Film Festival. 94m. (Ray Pride)

“Keep the Change” opens Friday, March 23 at the Music Box.