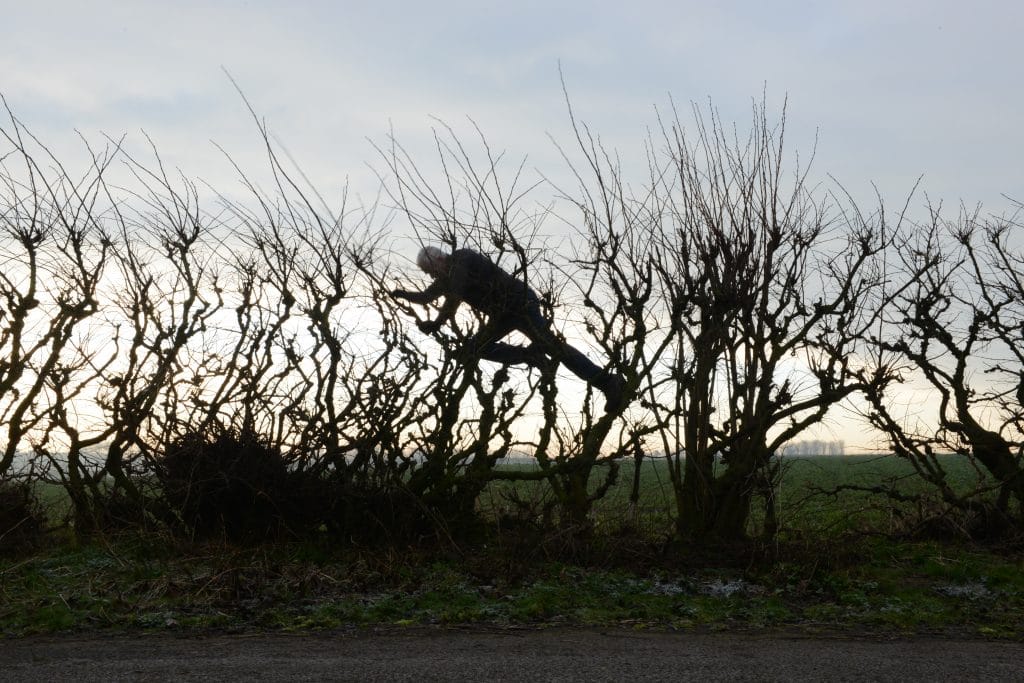 “You can walk on the path, or you can walk through the hedge.” The second installment of Thomas Riedelsheimer’s dedicated eye on earthworks artist Andy Goldsworthy’s capture and transformation of landscapes with ephemeral installations soothes and bemuses. (Even when confined to a hedgerow.) As in his 2001 “Rivers and Tides: Andy Goldsworthy Working with Time,” Riedelsheimer sculpts after his own fashion, following the Scottish artist to locations around the world, capturing surrounding sounds and the lavishness of light and the lay of the land with low-flying-god’s-eye views via drone. (Fred Frith’s diverse score offers further aural satisfaction.)

Gentle and wry, Goldsworthy makes intermittent comments like the epigram above, settle into the larger picture: an artist, a man, who communes with nature by mingling with it, adding a touch of dye, of fabric, of breath to works that sometimes last only as long as their manifestation within the film we are watching. Those that are modest of scale are still grand. While “Leaning” returns to Goldsworthy’s own land in Dumfriesshire, Scotland, other commissions are as far afield as San Francisco and New Hampshire, Gabon and Provence. The modest man finds awe before him and humbly embellishes it. “Another moment in time, of Andy’s life, and of my life,” Riedelsheimer has written. 93m. (Ray Pride)

“Leaning into the Wind” opens Friday, March 23 at the Music Box.