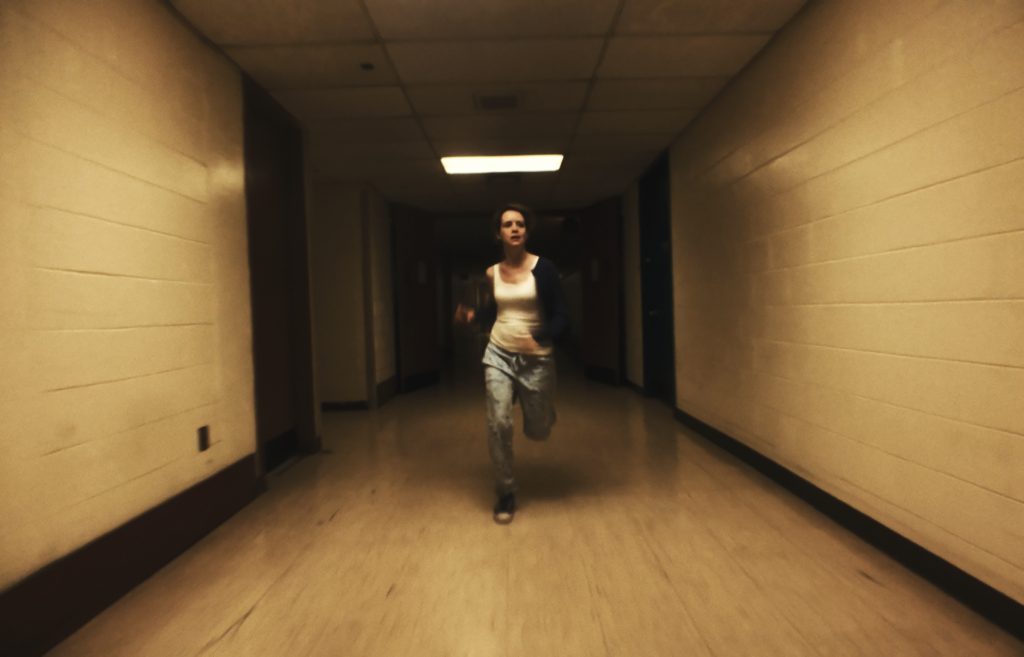 “Unsane” bites, and it leaves marks. Confident and creepy and agreeably sleazy, Steven Soderbergh’s businesswoman-in-peril “Unsane” is his “Schlock Corridor,” getting feisty and trashy and brazen as in Sam Fuller’s “Shock Corridor,” which thrust a journalist into a mental hospital to investigate dirty doings. (An opening pickup scene includes a beer mug emblazoned “BRAZEN.”) That’s but one subplot in his pulpy genre mash-up; it’s also a stalker horror with a baddie who’s a Seb Gorka lookalike with his hair coiled into a Trump-like tonsure. “Because ours is a genre movie, we depict extreme acts,” Soderbergh blandly states in the press kit, “but we also explore what it’s like to now have trust issues.” (The closing scene is a marvel of a switcheroo.) The first ten minutes are rough sledding, taking on the Netflix paradigm of getting exposition out of the way and to annoy or bore a viewer into submission. [Spoilers follow.] 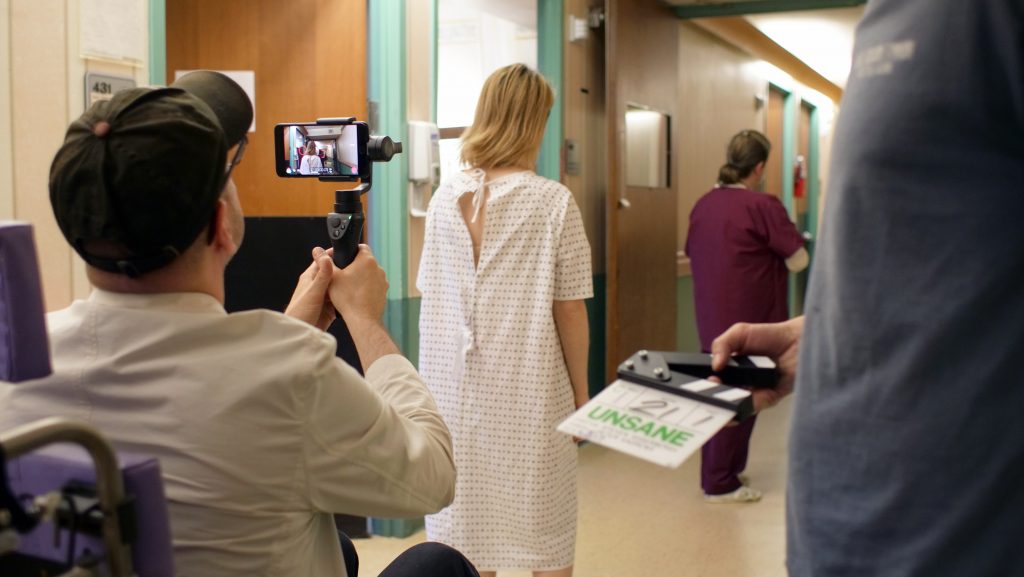 But once our troubled heroine (Claire Foy) finds herself in involuntary commitment for seven days (or until her corporate insurance runs out) as part of a pharma-driven scam for profit, complications ensue in relatively blunt manner but with clangorous results. (Foy is game for every gangrenous complication.) There is no way that doctor could be the man who drove her to uproot her own life, right? (Plausibility is one goblin that does not rear its head here.) The third act hurtles with developments akin to vintage Brian De Palma misanthropy, and the screenplay (by Soderbergh confederates Jonathan Bernstein and James Greer) is a perfidious mélange of Polanski (“Repulsion,” “Rosemary’s Baby”), Forman (“One Flew Over The Cuckoo’s Nest”) and 1970s paranoia melodramas, especially “Three Days of the Condor,” the final shot of which is copied in full. It’s an unholy simulacrum for anyone who knows the end of that film: I saw it coming and watched with rare cinephilic awe, and even teary glee as Soderbergh copped it. (Elevating itself slightly, “Unsane” profitably joins “Blade Runner 2049” among recent films to reference Vladimir Nabokov’s novel, “Pale Fire.”)

While Soderbergh has called the million-plus-budgeted “Unsane” a departure under a different directorial signature, it’s more than an intelligent exercise in grindhouse provocation. In an interview with filmmaker Paul Schrader in the spring 2018 Cinema Scope magazine, Alex Ross Perry muses parenthetically, “Imagine De Palma making a movie as cheap and icky as ‘The Canyons.’ It would be sublime. It will never happen.” This is not that, but Soderbergh uncoils enough punchy stuff to fashion his own beast, delighting in the dank and delirious possibilities of originating his footage on iPhone 7s. Thomas Newman’s reserved score, largely confined to piano, profitably evokes 1970s scores by David Shire (“The Conversation,” “All the President’s Men”). With Joshua Leonard, Jay Pharoah, Juno Temple, Aimee Mullins, Amy Irving and a richly doofus-ey star cameo. 98m. (Ray Pride)