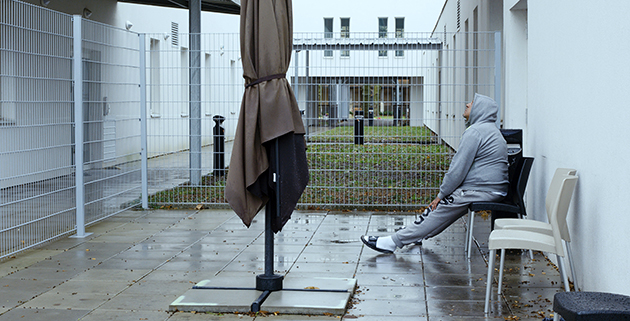 Veteran French photojournalist Raymond Depardon is also a great, patient documentarian, with a range of nonfiction features that understand the value and virtue of the sustained gaze. (“I think photography was inside me,” Depardon has said with a verbal shrug. “Once I found it, it became stronger than me and I took refuge in it.”) In the gutting “Twelve Days,” (12 jours) which in its creeping fear of involuntary commitment offers a complement to Steven Soderbergh’s fully committed horror “Unsane,” Depardon looks at madness and French bureaucracy and finds them functioning hand in glove. Ninety-two-thousand people a year are placed under psychiatric care without their consent each year in France; twelve days is how long patients can be confined before it’s required they have a hearing before a judge who will decide their immediate fate. Depardon attends. Depardon observes. “12 Days” is gentle, yet impressively textured. Such simplicity, such directness, such compassion, such rapt attention to questions of power and class and the abrupt loss of agency in contemporary society. Control ultimately fails, everybody dies, but that imminent fracture comes sooner to some, and in Depardon’s cool, loving reflection, humanity is served. 87m. (Ray Pride)