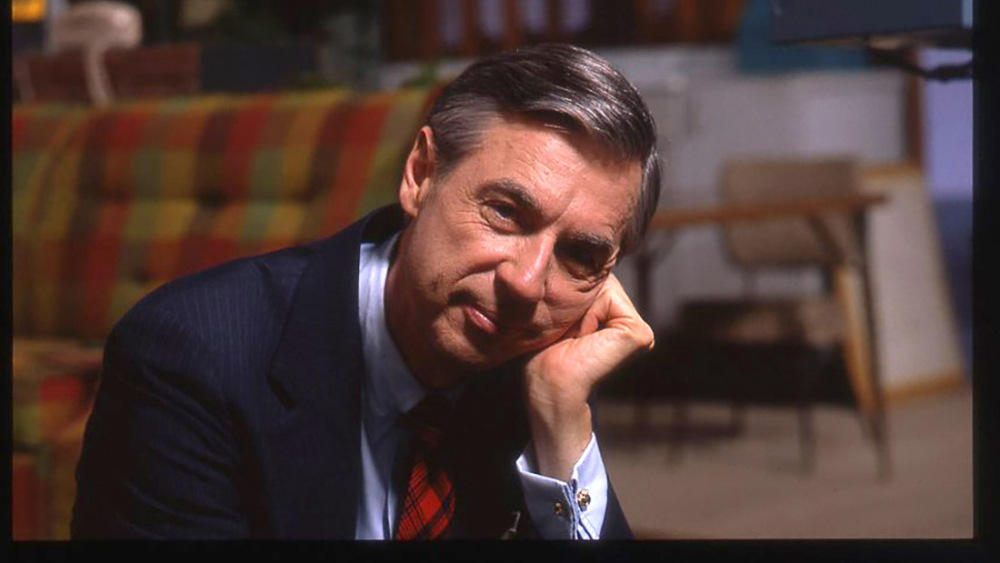 “Won’t You Be My Neighbor?”

Chicago Media Project’s third edition of the DOC10 spring event is not only the now-to-be-expected short, sharp berth for nonfiction work fresh off festival premieres from Sundance, Tribeca, Toronto and Berlin, it also comes on the heels of the Best Documentary Academy Award for Dan Cogan and Bryan Fogel’s “Icarus” (now on Netflix), on which CMP is executive producer. “Icarus’” too-timely story of Russian state indifference to international norms and rules meets CMP’s expressed goal of “supporting great artists telling stories (with impact) that have the power to influence the social and political landscape and ignite change.”

“I’d say the whole ethos behind DOC10 is for it to also be intimate and have impact, small but powerful,” says curator Anthony Kaufman. “We’ve gone with ‘jewel’ or a ‘gem’ as a guiding visual metaphor for our materials. So yes, it’s a small event, but one that we believe has large value and ripple effects—in cultivating and building the Chicago audience for excellent, artistic and affective nonfiction stories and empowering documentary filmmakers with supportive audiences and, in the case of CMP’s efforts, financing and support, too.” (Seven CMP-supported documentaries debuted at the Sundance Film Festival two years in a row.)

Still, the entire market for nonfiction is in the midst of upheaval and transformation with a wide range of distribution changes, from the eight-billion dollars Netflix has to expend in the coming year, and the overstock of worthy work available from other outlets as well. Kaufman is a keen observer of that aspect of the scene, posting overviews of the fate of documentaries after Sundance 2018, as well as the documentary box office in 2017.

“This is a big question, and probably goes beyond the scope of DOC10,” he tells me, “but I’ve been sounding the alarm for theatrically released documentaries for the last year. I think the key quote comes from Dan Cogan, who just won the Oscar for ‘Icarus,’ a film which the Chicago Media Project supported and which we recently hosted for its Chicago theatrical premiere. He said, ‘One of the reasons the doc marketplace is so robust is that they perform better on SVOD [streaming/video-on-demand] than they ever did on TV. I don’t see any problem in the documentary marketplace. Yes, we haven’t had a film that made more than $5 million in theaters recently, but anecdotally, people appear to be watching more docs than ever.’ And I think that’s probably true.”

Cogan was also a producer on “Won’t You Be My Neighbor?” the roundly applauded feature chronicle of the life of Fred Rogers, aka Mister Rogers, which opens this year’s DOC10. “If there’s any film that could revive docs in theaters, it’s this one [opening in July],” Kaufman says, “and I’d also call out Eugene Jarecki’s Elvis Presley doc ‘The King,’ which is closing this year’s event. They’re both timely, political, well-crafted, and revolve around well-known figures.” Still, he hesitates. “But we won’t know until they’re released. So, while I think there’s some amazingly successful docs that open in theaters—‘I Am Not Your Negro’ had its Chicago premiere at the Chicago International Film Festival, which I also program—most of the ‘successful’  docs aren’t breaking out in theaters, but people are watching them at home in a big way. I think ‘RBG,’ the Ruth Bader Ginsburg doc [which opens in late spring], will also be seen by lots of people, but I’ll be curious to see if they catch it in movie theaters.

“My big problem,” Kaufman continues, “and this goes for docs as well as indie fiction features, is that the very best and most beautiful ones are those that should most be seen on the big screen, but aren’t. At this year’s DOC10, we have some stunning, cinematic docs. But I have concerns that people won’t experience them on the big screen. And that’s why we created DOC10: to shine a spotlight on the theatrical and communal experience of watching works of art about real people—with the real people involved at the screening. I think it makes a huge difference in how we experience a film.”

While he wasn’t seeking a theme for the event, Kaufman identifies a thematic undercurrent in the features on show. “Divisions—cultural, national, political—but also a hope for reconciliation. It’s glaringly there in ‘Won’t You Be My Neighbor?’ and ‘The King,’ but also in ‘The Other Side Of Everything’ [about secrets in a Belgrade family apartment], ‘Bisbee ‘17’ [Robert Greene’s recreation of the deportation of 1,200 immigrant miners exactly a century ago, staged by locals], and ‘Devil’s Freedom’  [a portrait of violence in Mexico from the perspective of abusers as well as the abused].” Post-screening Q&As are accompanied by events including opening night’s “Toast to Public Television” noting the fiftieth anniversary of the “Mister Rogers Neighborhood” program and thirty years of “P.O.V.,” television’s longest-running showcase for independent nonfiction film.

Closing night features a special tribute to filmmaker Eugene Jarecki with the Chicago premiere of “The King,” his celebrity-filled musical road trip in Elvis’ 1963 Rolls Royce that covers Elvis’ rise to stardom but also provides an exploration of American dreams. “With films such as the ‘Trials of Henry Kissinger,’ ‘Why We Fight’ and ‘The House I Live In,’ Eugene Jarecki has consistently proven himself a vital and bold filmmaker, unafraid to take on big issues with the skill of a master essayist,” Kaufman writes. “We cannot wait to talk with him about his work, American politics and Elvis’ ‘Unchained Melody.’”

The local premiere of Bing Liu’s “Minding the Gap,” produced by Kartemquin Films, should prove an audience favorite, a longitudinal portrait of three longtime friends, all from precarious families, over the course of several years in Rockford. (From Sundance, Indiewire’s Eric Kohn dubbed it “the ‘Boyhood’ of skate videos.”) “Minding the Gap” also provides a sterling example of the approach to groundbreaking nonfiction work programmed by DOC10 as well as larger events like the annual True/False Fest in Columbia, Missouri: Find characters. Love them. Tell their story. Make it cinematic—find the movie it was meant to be. The latter-day label “nonfiction” is much finer as a moniker than “documentary”: none of these movies are stodgy, dodgy “documents” in any fashion.