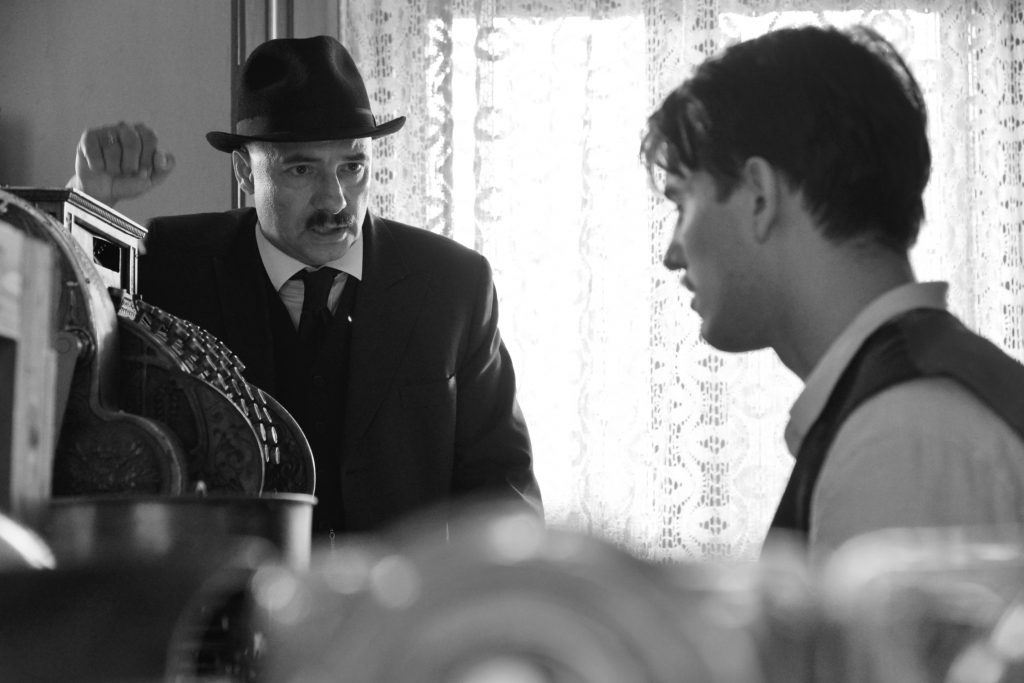 Across a few hours of a single day—August 12, 1945—two Orthodox Jews arrive in a Hungarian village and circumstances are more complex than the logistics of a return to home as the village is making preparations for the wedding of the town clerk’s son. Ferenc Török’s widescreen, black-and-white “1945” is an intense miniature in the increasingly populated genre of Eastern European movies about the aftermath of World War II, stories that take closer looks at the ripples, then waves, of personal responsibility, than the unfathomably huge landscape of the Holocaust narrative. Barriers naturally occur in Török’s picture of the village: windows frame, curtains occlude, the layers of interiors layer upon layer. The sensation of the collapse of time and space is cumulative, first decorative, then expressive and ultimately as oppressive as the weight of history: that which the characters have suffered, and will suffer still at day’s end, when Hungarian communism will supplant that fascist moment. His themes are as present in the creation of milieu as in the marshaling of drama through grudge and possessiveness. A world, this world, the world watches even when you are not watching the world. The uneasiness is heightened by the ever-present sound design and score by Tibor Szemzö, elevating delirious precision to devious nightmare. Based on the short story “Hazateres” (“Homecoming”) by Gábor T. Szántó. With Péter Rudolf, Bence Tasnádi, Tamás Szabó Kimmel, Dóra Sztarenki, Agi Szirtes, József Szarvas. 91m. (Ray Pride)

“1945” opens Friday, April 6 at the Music Box and Landmark Renaissance in Highland Park. Török will appear at both theaters for selected opening week shows.