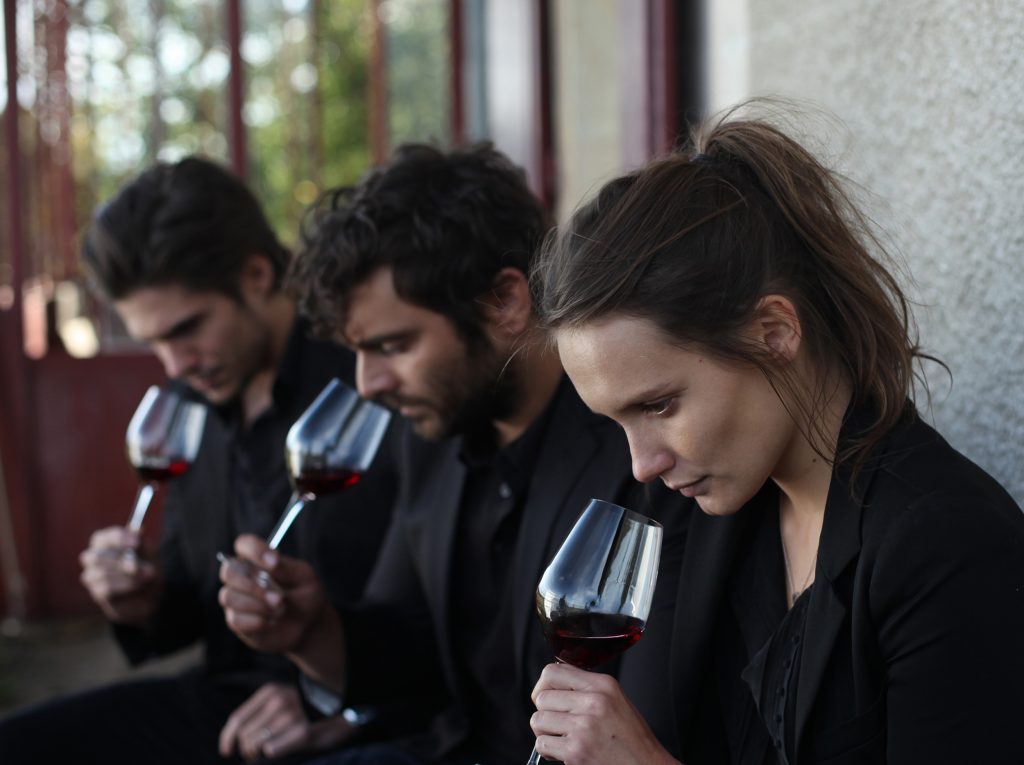 From the start of his career, journeyman French filmmaker Cédric Klapisch has drawn adroit sketches of group dynamics in his generation’s social life. The fifty-six-year-old writer-director was introduced to American audiences in 1996 with the double-header of the neighborhood-as-life lark “When the Cat’s Away” and the subtle comic structure of “Un air de famille” (Family Resemblances), written by Klapisch and the stage-and-film duo of Agnès Jaoui and Jean-Pierre Bacri. Klapisch returned to devising larks for itinerant semi-bohemian but not always privileged characters in gentle charmers like “L’auberge Espagnole” (2002), “Russian Dolls” (2005) and “Chinese Puzzle” (2013). “Back to Burgundy” tracks three siblings (Pio Marmai, Ana Girardot, Francois Civil) in their thirties on their return after the death of their father to the family vineyard where they grew up. It’s a modest yet charming legacy: quel domaine! Conveniently, Klapisch’s original title, “Ce qui nous lie,” can be translated into less fragrant English as “What Links Us”: in this case, blood, as well as comic-dramatic misunderstanding. As always, Klapisch’s choreography is genteel but exacting: the light notes of hurt, the gentle, lingering hints of affection, arrive with precision but without pretension. Of the long-planned story’s origins, Klapisch has said, “My father passed down this wine culture and this interest in Burgundy to me. So, for me, wine quickly became associated with the idea of transmission. I felt intuitively that if I wanted to make a film about wine, it was because I wanted to talk about family, about what we inherit from our parents and what parents pass down to their children.” With Jean-Marc Roulot (an accomplished Burgundy winemaker as well as veteran actor), María Valverde, Yamée Couture. 113m. Widescreen. (Ray Pride)

“Back To Burgundy” opens Friday, April 12 at the Music Box. A wine tasting in the Music Box Lounge from Dablon Vineyards will feature three wines in the classic Burgundy style after the Friday, 7pm show.