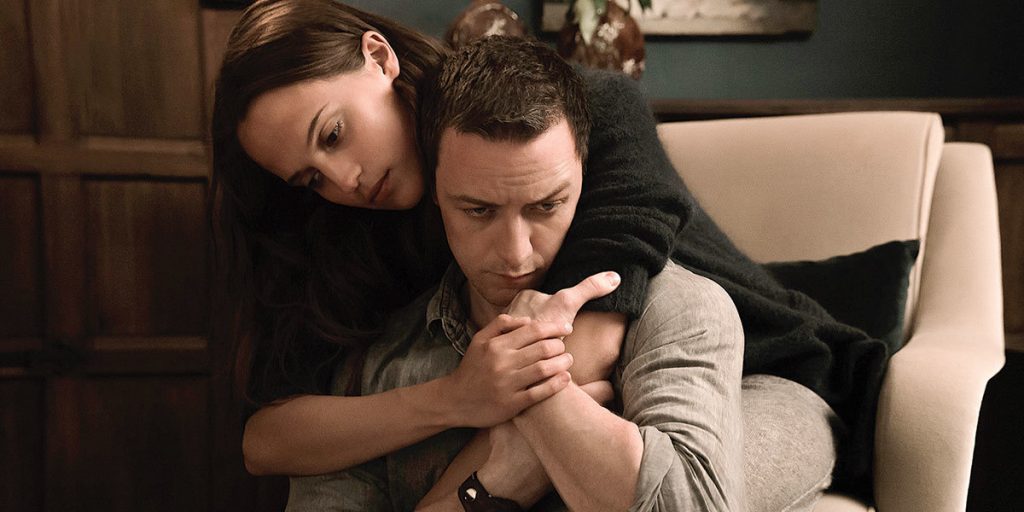 Seventy-two-year-old Wim Wenders has no apologies to make to cinema, nor does any longtime follower of his alternately soaring and crashing career for no longer being a Wenders completist. “Submergence,” a grandiose romance with James McAvoy and Alicia Vikander, is recognizable as work from the maker of “Wings of Desire” and “Paris, Texas” largely through assured framing, striking cinematography and an implacable drive toward sensations of romance that are both mortal and immortal, of the flesh and the spirit. Wenders’ misfires since the turn of the century have at least formal and structural ambition, even when the drama turns schematic and the dialogue risible. A couple meets, a couple is separated: British agent James (McAvoy) operating under cover as a marine engineer meets “bio-mathematician” Danny (Vikander), who is about to dive to the bottom of the ocean.

When she parts for her mission, he parts for his and is taken captive by fighters in Somalia. Separation. Isolation. The fate of the planet. The fate of nations. (Wenders himself wrote, “an utterly contemporary story, thrilling and deeply moving at the same time, spanning continents and oceans, facing two big threats to our world today: climate change and terrorism.”) Intercut, repeat. As you would expect, the suspense-free structure does not click. McAvoy and Vikander are sweetly earnest, middlebrow proclamations of greater meaning bittersweetly so. Admirers of cinematographer Benoît Debie (“Irreversible,” “Enter the Void,” “The Runaways,” “Spring Breakers,” “One More Time with Feeling”) will find intermittent nourishment in the grace of light and the camera and character blocking. 112m. (Ray Pride)